Learn the most effective fundraising techniques

Get Started Free
Request a demo

Successful crowdfunding
is a real game-changer for nonprofits and organizations

What will you learn on this page?

1. Grow sustainably
Crowdfunding helps organizations raise money throughout the year without relying on the success of one-off yearly fundraising events

2. Break out of the box
You can start trying non-traditional and innovative ways of raising money and be less dependent on current mechanisms of fundraising

3. Amplify cause awareness
Crowdfunding is a great way to reach a larger audience and effectively communicate the impact of your cause 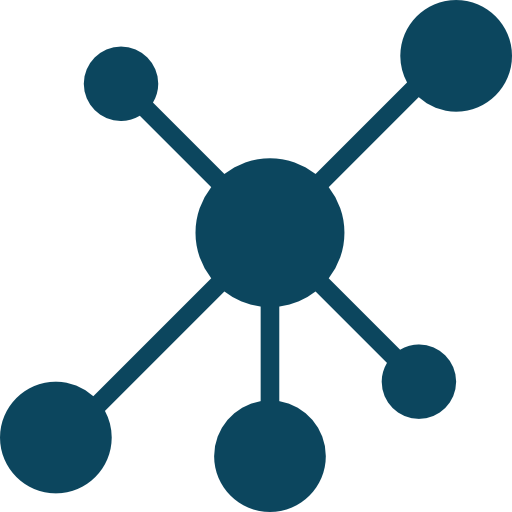 4. Increase engagement with donors
You can build long-term authentic relationships with donors through effective crowdfunding campaigns 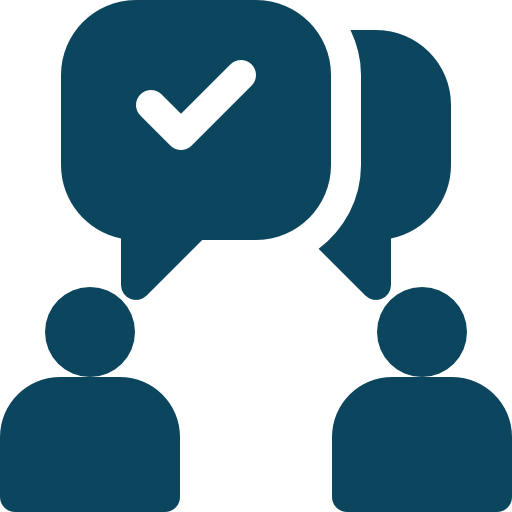 5. Enrol new supporters Crowdfunding is proven to be a powerful tool for enrolling new donors through impact communication and network effect 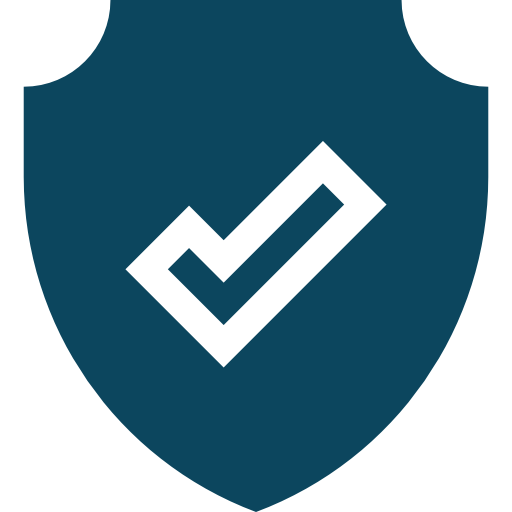 6. Go safe and risk-free
There is no upfront monetary investment when you run a crowdfunding campaign with FundRazr. It allows you to safely test the concept and see if it fits your strategy

Communicating
the impact of your campaign 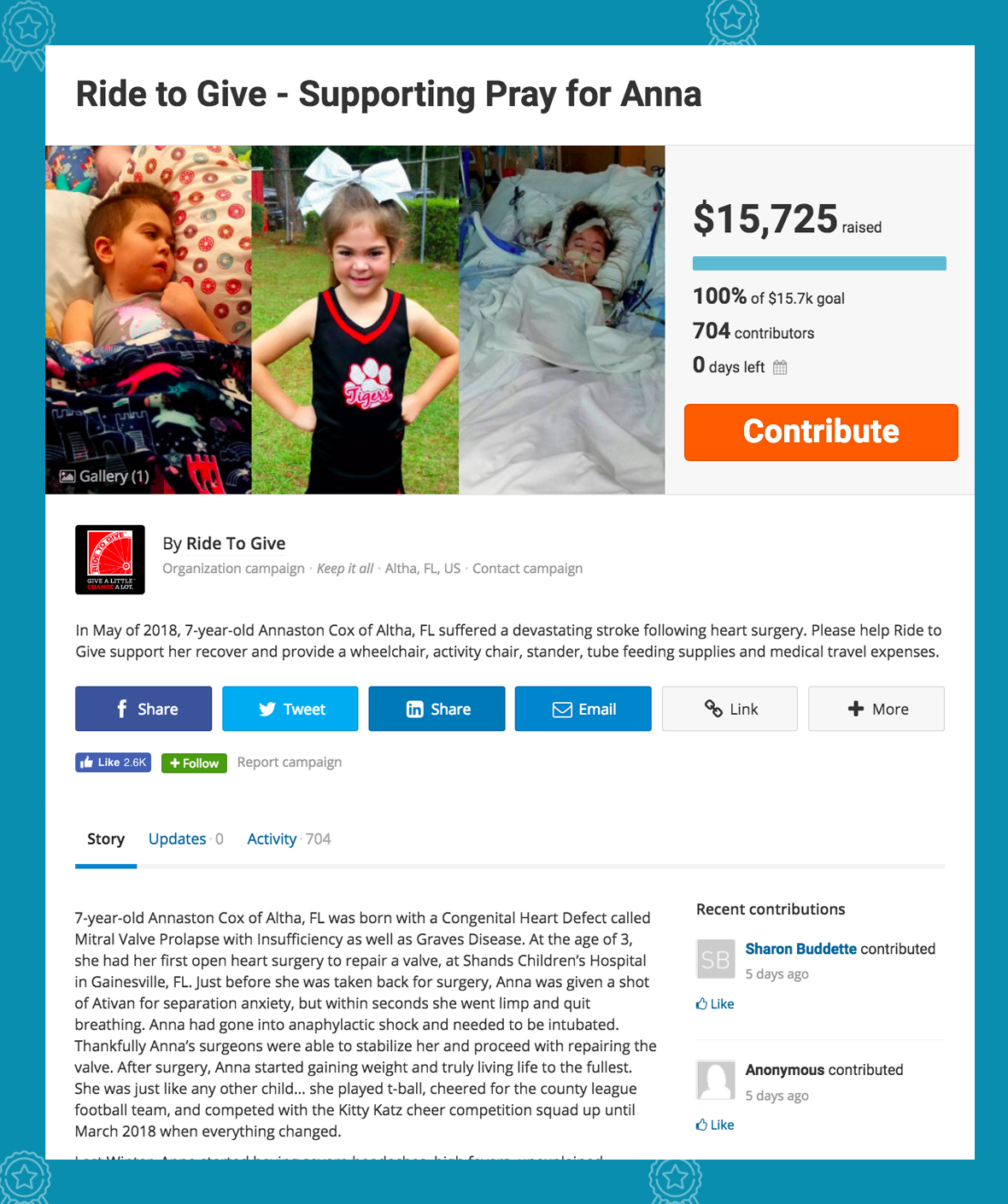 Ride2Give raise money for medically-fragile children. They do an amazing job of telling the story of every kid. Check out Supporting Pray for Anna campaign

Don't underestimate the power of a well-written story with impactful images or video. Try to use the following storytelling techniques:

when creating a crowdfunding campaign 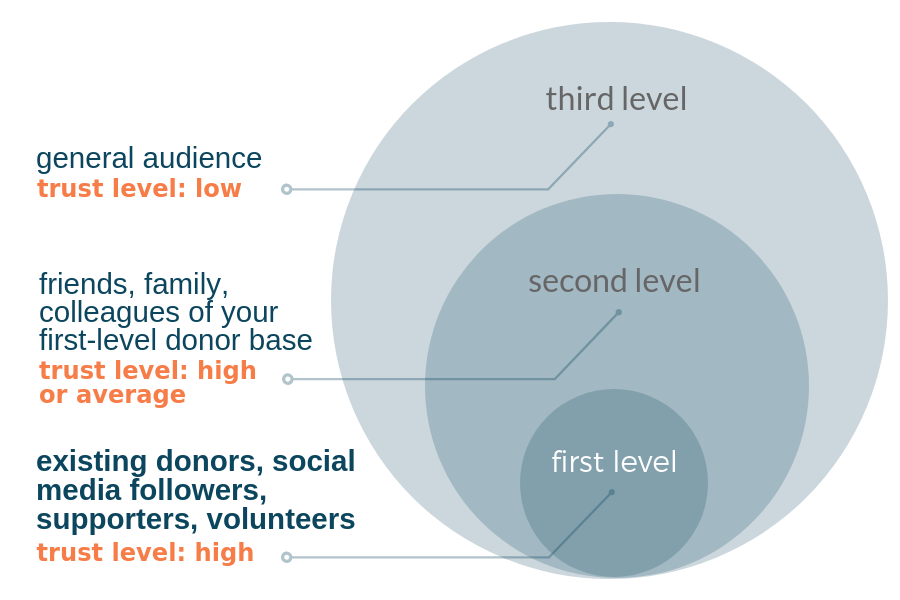 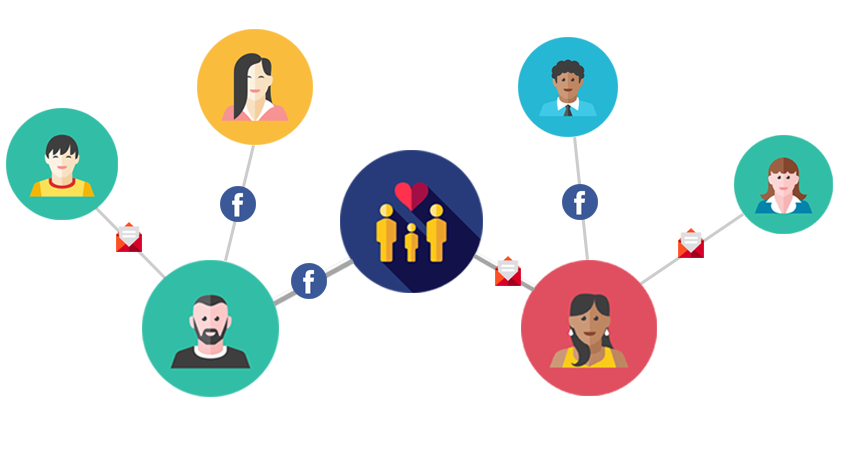 The success of a crowdfunding campaign is primarily based on two factors: trust and network effect.

In order to activate both factors, it is important to have an initial (first-level) crowd. Usually, this group consists of your existing donors, social media followers, volunteers and network. The key attribution of this group is that they have existing relationships with your organization, hence the trust level is high. As soon as you put your campaign live, it is important to contact your first-level crowd and ask them to donate and share the crowdfunding campaign with their network.

The first donors are critical for success. The campaign that has raised money in the first 24 hours is more likely to succeed that the one that didn't get any contributions.

Your initial crowd plays an important role in activating your network effect. It is known that when referred by a friend or family, people are 4X more likely to make a positive decision and donate. Your initial crowd can unlock new net donors, bigger contributions and more awareness of your cause. Three important steps to follow would be:

How to Get a Crowd

Crowdfunding for Pros: Build, Buy or Borrow a Crowd 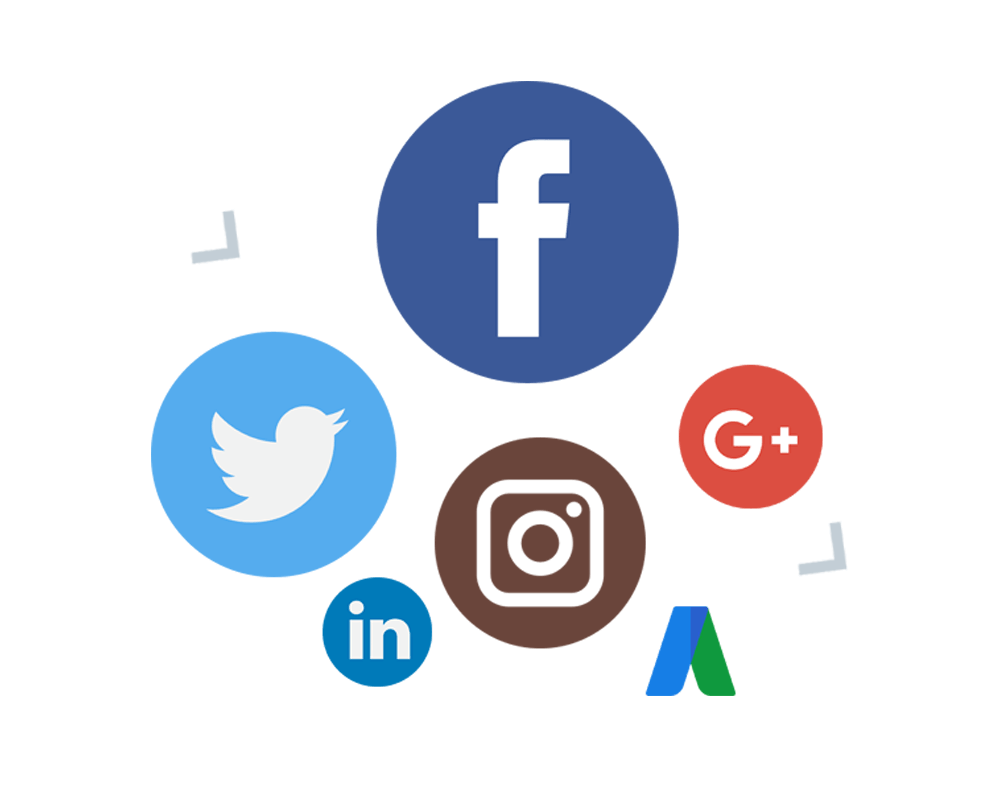 Including marketing into your crowdfunding planning is extremely important. What are the stages of marketing communication? 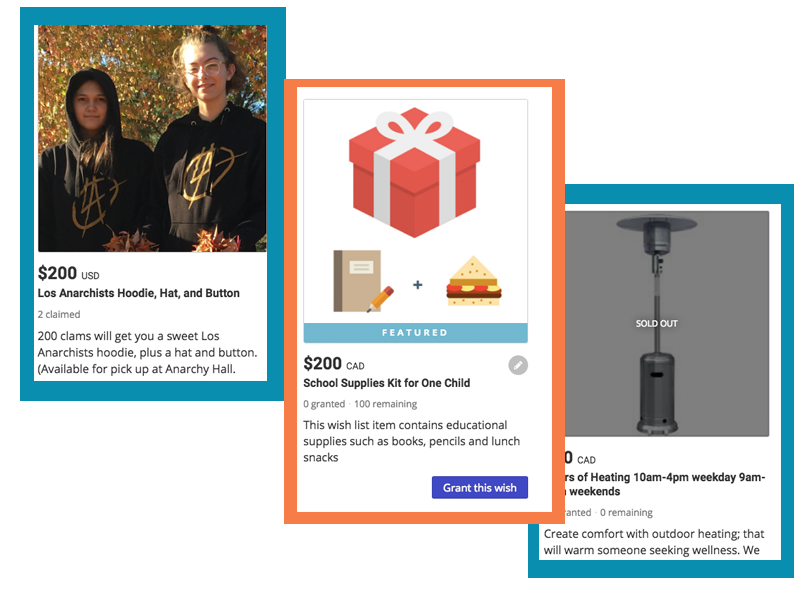 Effective impact communication of your crowdfunding campaign can help you successfully hit (and overhit) the goal, increase trust to your organization and create long-term relationships with donors.

Here are some methods of effective impact communication:

This is our first crowdfunding project, how do we get started?

I don’t have a crowd yet, how do I succeed?

Some nonprofits don’t have a big following or a crowd. As we mentioned earlier on this page, your first-level crowd is important for your success due to high trust factor. We are convinced that everyone has a first-level network. In your case, it could be your family, friends or community who know about your nonprofit, volunteers who expressed interest in helping you, community members from your city, donors or partner nonprofits or organizations.

You can also build, buy or borrow a crowd.

You can BUY a target crowd for your campaign through pay per click marketing, boosting posts on Facebook and other social media platforms.

You can BORROW a crowd by working with people who already have one – think celebrity endorsements, influence marketing, guest blog posts, and so on.

Finally, you can BUILD a crowd through online visibility work around your brand and cause – community management, social media engagement techniques, and a robust online presence to back both up. Remember, it will still take an investment, be in financial or in staff hours to build or borrow a crowd – reaching new people never comes effortlessly or for free!

What is the difference between crowdfunding with FundRazr and other platforms?

Great question. The main difference is that FundRazr offers advanced enterprise-class crowdfunding features for the most competitive price in the industry with no rigid commitments.

Do I get information about my donors?

Yes, with FundRazr we keep information about your donors so you can use it for tax receipts, reporting or communication purposes. You can select what type of information you want to collect with our easily customizable donor collection forms.

Can FundRazr help with campaign setup?

Yes, we can help you set up and kickoff your campaign. No cost 🙂 Just drop us a note here

How is the money handled?

The money is sent to your organizational account based on a schedule you pick.

If you are running Keep It All campaign, your money is deposited to your payment processing account right away. Funds will be released from your account and deposited to your bank account once they have cleared any security checks and according to the daily, weekly or monthly schedule you’ve set for withdrawals.

For All or Nothing campaigns, your pledges are not processed until you achieve your fundraising goal and request releasing the funds. From that point, they act like Keep it All payments.

If you haven’t achieved your All or Nothing campaign goal, by the time it ends, no payments are processed and no charges are incurred.

We're here to help you

Request a demo
Get started Free