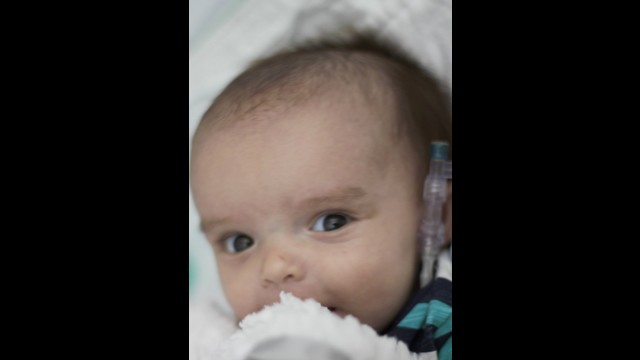 $510 raised 10% of $5k goal
10 contributors
5 Years running
Contribute
By Tera Richter-Virgin
Are you friends?
Personal campaign Keep it all
Belvidere, US

Hello all.  I am the grandmother of this adorable little angel Jack William Virgin IV.  We fondly refer to him as Jack-Jack.  He was born July 3, 2015.

He is the victim of violent abuse at the hands of his own mother all before 2 months of age.

I have started this page to try and raise funds for my son and grandson to assist with medical bills, diapers, formula and any other needs this newly single dad may have.

Here's a little bit about his injuries:

Jack-Jack was hospitalized on September 5, 2015 at Rockford Memorial Hospital for what we thought was an intestinal problem.  He had been unable to consistently keep formula and pedialyte down for 2-3 weeks.

Thanks to an observant hospitalist, Dr. Stephen Pichler, who noticed his head measurements were larger than what they should be, he ordered at CT Scan of his head. We were then informed of Jack-Jack's head injuries.  He stated there was 2 areas of bleeding/injury that were consistent with abuse.  These injuries were of different ages, one was 3-4 weeks old and the other was 2-3 days old.  They then did a full body xray and found he also had a fractured rib.  We are so grateful to Dr. Pichler... I know he saved my grandson's life.

With the help of DCFS and the Belvidere Police Department conducting their own investigation, his mother, Breeanna Watt, confessed to throwing Jack-Jack on the hardwood floor causing him to lose consciousness for up to 3 minutes, throwing him down on the couch, smothering his face in the couch to stop him from crying and lastly squeezing his torso and arm to teach him a lesson so, he'll think about it, the next time he cries.  And this is all before he reached the age of 2 months.

She is now sitting in the Boone County Jail facing 3 (three)Class X Felonies and 1 (one) Class 3 Felony.  Here is the Newspaper Article related to her arrest.

My son has an Order of Protection in place and is filing a petition for full custody.  He has been working very few hours due to caring for his son and can use any and all donations to help this newly single dad give Jack-Jack a new beginning.

Tera Richter-Virgin is managing the funds for this campaign. The campaign is for a personal cause.