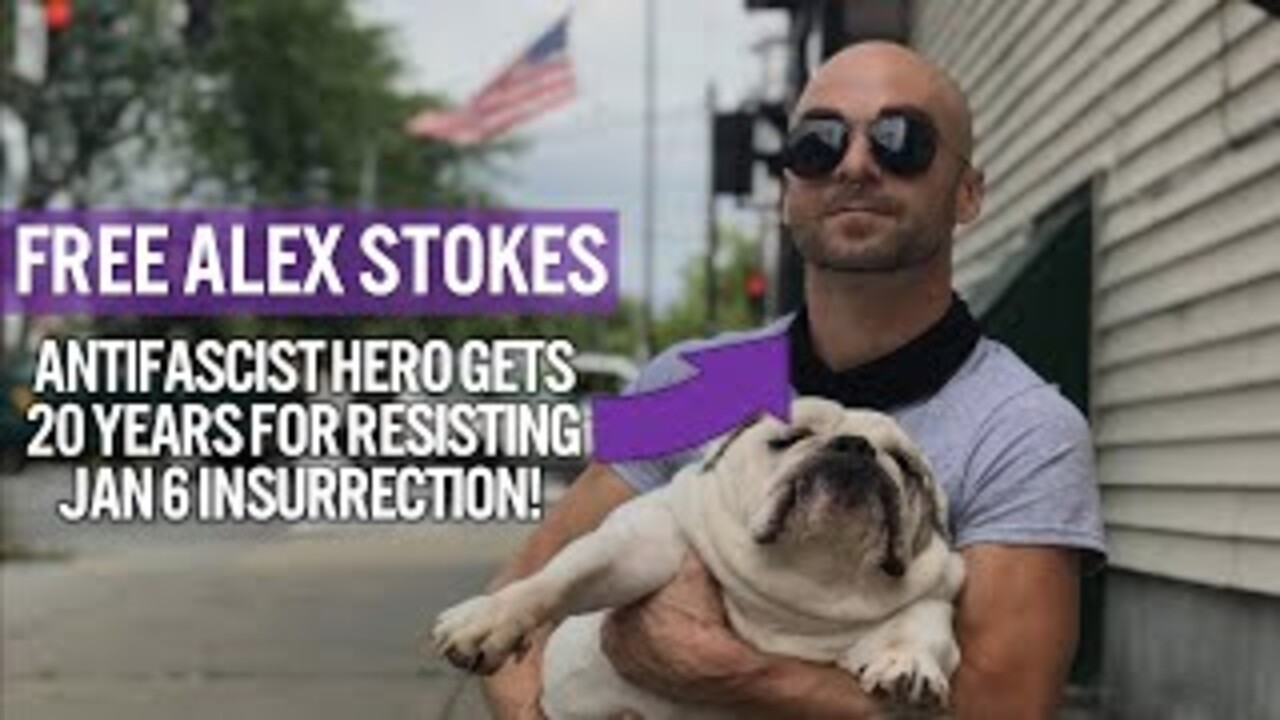 Anti-fascist, artist, and independent journalist Alex Stokes has been reporting on civil conflict in the United States for over five years.  His fearlessness led him into the midst of the chaos around the protests against Donald Trump's inauguration, where he was falsely arrested (and had his charges later dropped). It led him to the 2017 protests in Charlottesville, where he was injured in an attack by fascists. In 2020, he was on the streets, documenting the uprising around the police murder of George Floyd.

On January 6, 2021, as a mob attempted to overthrow the US government on Capitol Hill, armed members of the Proud Boys fascist gang who didn't join their pals in Washington, DC. tried to stage their own violent threat to democracy at the New York state capitol.  Alex was there among counter-protestors.  When the Piss Boys attacked the counter-protestors with weapons, Alex jumped up to defend those being assaulted.   This very detailed video  describes step-by-step how Alex's actions were clearly done in the defense of himself and others that day.

After an inexcusably lengthy delay, police intervened  to arrest Alex!

Despite all the events being captured in great detail on video, the courts did not see what Alex did as clear self-defense and instead convicted him on assault charges, sentencing him to twenty years in prison!

This is an obvious miscarriage of justice and the stakes of Alex's appeal of his sentence could not be higher. We are in direct contact with Alex's lawyer and are raising funds to ensure that is appeal case does not lack for resources. Please help us to ensure this injustice is overturned and Alex walks free!

About Us: We are Antifa International, an anti-fascist social media collective with members in seven different countries. Since 2015, we've run   The International Anti-Fascist Defence Fund - an emergency fund for anti-fascists that has provided over $175,000 in direct aid to over 650 in 25+ different countries. We also coordinate The International Day of Solidarity with Antifascist Prisoners every July 25th. We are in direct contact with Alex's partner and his attorney and are sending the funds we receive to support Alex as per their directions.