Thank you everybody. Our campaign is now over. ✕
Stan Romanek Medical /Life FundRazer
✖
Gallery (19) 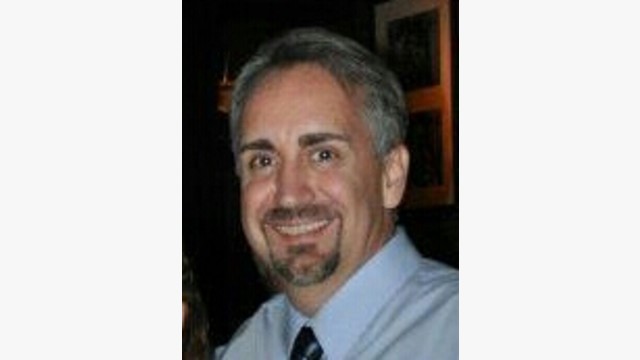 I'm adding the story behind this fund raiser so you may understand who, what, when, where and most importantly why.

Who: Stan Romanek is an ordinary man who experiences Extraordinary events. Stan is an innocent individual who has been convicted of a horrendous crime. A crime against children. Stan maintains his innocence, and his friends and family stand by his side knowing he would never harm a child, not even by looking at pictures of abuse by others.

Stan is a father,stepfather, step-Papa, husband, brother, son, friend and a lifeline of understanding & support to many people around the world.

What: It all began in Dec. 2000 when Stan witnessed and documented his first UFO. His experiences of contact with ETs/UFO's still continues just not as often.

More....What: Over the past 17 years Stan has endured threats, physical assaults, being shot at, called a fraud and worse.

Stan has also received love, praise, thanks, respect, from around the world, and according to some a little fame. Netflix movie, EXTRAORDINARY:The Stan Romanek Story is a documentary about his life and experiences.

When: February 2014 Stan was arrested. He spent 12 hours in jail. That's how long it takes to bail someone out.

When: 4 1/2 years after the search warrant, August 2017 Stan was found guilty of possesion of CP by a 12 member jury.

Stan does not blame the jury. They weren't give all of the evidence in this case. They weren't allowed to know that Det. Koopman had faced his own felony charges in 2016 for basically lying to a judge in a murder case pre-trial. He was found not guilty. However, the detective was placed on a Brady list. A list for police officers who lie in their official capacity.

No one could tell the jury about this in Stan's trial, they didn't know of the other cases the Det. lied in or that there were 2 civil lawsuits against the detective.

A lot of evidence and witnesses provided for Stan's defense was not allowed or were limited in what they could say.

Why: WHY DID THIS HAPPEN TO STAN??

The reason is simple. Silence the messenger!

Our therory is that the evidence found 10 months after the search warrant was planted. The evidence proves our therory!!! Evidence not seen by the jury!

How: Malicious activity!!! Virus with backdoor access, a bad cop, a dark agency bent on silencing Stan, someone who simply didn't agree with Stan's message of the ET/UFO reality????? Who knows!?!

The end of this Story is still to be written.

On October 19, 2017 Stan will appear in court for sentencing.

Nothing can change that fact. The judge is a good judge, and Stan's fate is in her hands.

What can be done to finish this Story? Please share this fundraiser. Donate whatever amount you can, and assist Stan in getting an appeal.

Justice for Stan is our mission.

Do you Stand with Stan?

Thank you, blessings, love and gratitude to you all!

Activity highlights See all188
NEW Thank you emails can now be sent directly from the Transactions page.
Alternatively you can still leave a comment here. Lisa Romanek hasn't posted any updates yet.
Newest | Oldest
Show more
NEW Thank you emails can now be sent directly from the Transactions page.
Alternatively you can still leave a comment here.

Lisa Romanek is managing the funds for this campaign. The campaign is for a personal cause.