Please visit our new campaign, Ride to Give - Make a Reoccurring Donation ✕
Ride to Give - Bring Home a Buddy for J-Bear
✖
Gallery (1) 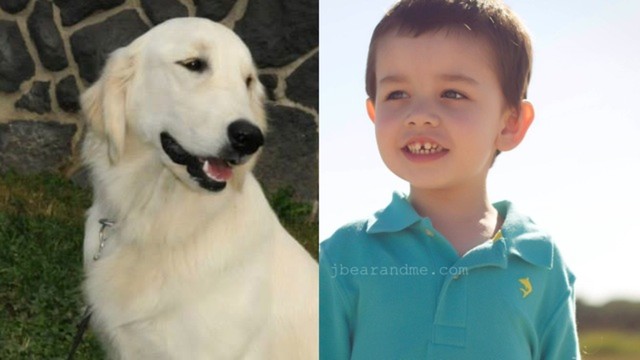 Jacob, known to his family as "J-Bear," is the 4 year old son of Nicole and Brandon of Stoneham, Massachusetts. He was born one week past his due date in June 2010 after his mother firmly believed she was going to be pregnant for at least the rest of her life. He arrived a mellow, watchful and sweet baby fawned over by family and friends. There were complications in his first months of life that were later determined to be caused by gluten intolerance, an intolerance he appeared to outgrow by 18 months. Just as he was outgrowing some of his digestive issues however, other things began to change. It was around 15 months he began to say a few words, mostly “num” for food and “no," but by 18 months all of his words vanished and despite his inherent sweetness, it was easy for those who loved him best to see that there was something in play here bigger than a child taking his time meeting various milestones.

The road to diagnosis was not as hard for Jacob as it is for some. When early intervention became involved in early 2012, his therapists could easily see that there were hallmarks to his behavior that fit into the descriptors for Autism Spectrum Disorders. He lined up his toys rather than play like other children. He frequently refrained from eye contact. He did not gesture at all and rarely made any attempt to communicate anything to the people around him. He engaged in visual tracking behaviors, watching things out of the corners of his eyes to self stimulate/self soothe. He was referred to a pediatric neurologist who gave a preliminary diagnosis of autism in August of 2012, his more complete (as complete as can be for a child so young) diagnoses coming in February of 2013: Autism Spectrum Disorder (classic autism), Sensory Processing Dysfunction and Receptive/Expressive Language Disorder.

Nicole and Brandon were led to apply for a service dog after incidents of Jacob attempting to get away from his adults began to grow more frequent and, frighteningly, more successful. His self-stimulatory behavior has also grown to a point that he will engage in it to the exclusion of all else, including awareness of what is going on around him. He will walk against the side of carts or walls in busy places, heedless to the fact that people cannot easily see him and will, through no true fault of their own, likely crash into him or worse.

An autism service dog from 4 Paws for Ability is trained to offer comfort or distraction to mitigate/break Jacob's self-stimulatory behavior as well as to work with him by either being tethered to Jacob while the dog is under a handler’s control to prevent running off and to be able to track Jacob from his last location should Jacob escape while the dog and he are not tethered. This will help make doctor’s visits, hospital stays, public events and just plain day to day life that much more accessible to Jacob.

Jacob's family was blessed to be able to successfully fundraise over six months in 2013 and were placed in the 10 day 4 Paws for Ability service dog class starting October 27th. Jacob, his parents and his grandmother will make the journey from their home in Massachusetts to the training facility in Ohio. They have worked hard in the year since being assigned to their class to both save and fundraise for travel expenses but because of doctor bills for an emerging vision issue for Jacob, car repairs awaiting completion, the day to day costs of therapies and necessities for their family, they are still short of the remaining funds they need for the journey. This includes money for the 10 day hotel stay, gas to and from home to OH, food and anything their new dog may need.

This is where Ride to Give steps in...to help Jacob get to Ohio. Our fundraiser will give his family the opportunity to go on this trip without fear. They can can return to Massachusetts and face integrating the service dog into their lives without the added weight of debt. A portion of funds to help with veterinarian bills and pet insurance.

Please help us help this family before they leave for Ohio on the 25th. You can follow their story on their Facebook page www.facebook.com/jbearandme and Nicole's blog www.jbearandme.com.