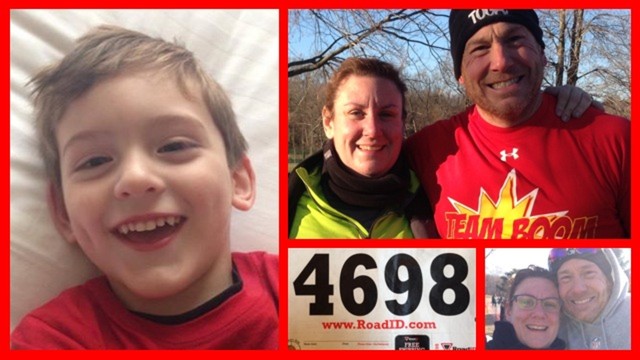 Leigh and TJ Jackson were high school sweethearts, who married and desperately wanted children. But when they struggled with infertility and suffered 9 miscarriages they decided to adopt. After a few years of being on the adoption list they got the call for a little baby girl at the hospital that needed a home. Leigh and TJ named her Hope, because they had always hoped for a child. A few years later they found out Hope's brother was available for adoption. Without hesitation they accepted Brody, because they felt siblings should be together. But Brody was born at 31 weeks, and Leigh and TJ were about to find out what it was like to love a medically fragile child.

After 2 weeks in the NICU Brody suffered a grade 2 brain bleed and was diagnosed with PVL (Periventricular Leukomalacia). PVL is a type of brain injury that affects infants. The condition involves the death of small areas of brain tissue around fluid-filled areas called ventricles. The damage creates "holes" in the brain. "Leuko" refers to the brain's white matter and "periventricular" refers to the area around the ventricles. Leigh and TJ were devastated but they were not going to give up on their sweet boy, and brought him home after a month in the hospital. Six months later Brody was diagnosed with spastic quad cerebral palsy, and cortical blindness. Brody also has infantile spasms, crainiostynosis, dystonia, clonus, and of course developmental delays. He is two now, and has just been diagnosed with focal seizures.

On March 21, Brody suffered a 25 minute long severe seizure and was taken by ambulance to the hospital. He was admitted and doctors discovered he also had a blockage in his intestine. Fortunately a procedure was performed that cleared the blockage and his new seizure medications were helpful, so yesterday they were able to go back home. But for how long?

Brody's doctors are recommending Leigh and TJ take him to Boston Children's Hospital, where a PVL specialist is ready to take on Brody's case. They just need to get there, and they want to go as family.

Here's where the Ride to Give steps in. We want to ease the financial burden for the Jackson family. They pay for so much out of pocket...including some medications and travel to and from Atlanta and Milledgeville every few weeks for doctor appointments...but their resources have run out.

We want to get them to Boston as a family to have Brody seen by the best team in the country specializing in his condition. We also want to make his day to day care a bit easier by providing the funds for a therapy pool and special needs pool ring, equipment for a therapy room, and a weighted blanket. He also needs a special needs bed.

Please help us show the Jackson family what the Ride to Give ARMY can do when we set our hearts to it. Please read more of Brody's story at facebook.com/brodyslove and donate here.

For more about Ride to Give please visit facebook.com/ridetogive or ridetogive.com

See all activity1047
NEW Thank you emails can now be sent directly from the Transactions page.
Alternatively you can still leave a comment here.

Ride To Give hasn't posted any updates yet.
Newest | Oldest
Show more