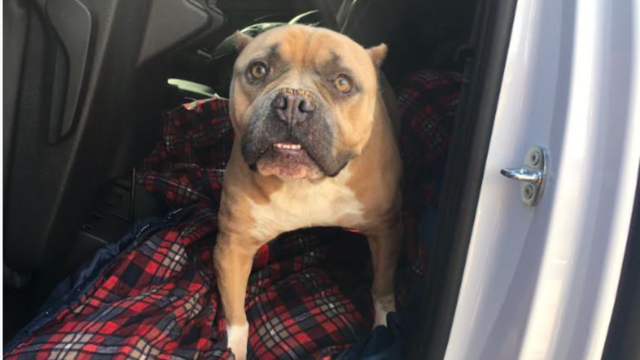 We are finally bringing Angel home to the east coast so he can find his forever family!

Along the way, we plan to SAVE MORE LIVES in his honor, and WE NEED YOUR HELP!

Many of you have followed this sweet boy's harrowing tale, which started when we accidentally discovered him alone, depressed, terrified, and injured in the back area of a high kill Los Angeles shelter a few months ago. It was an epic battle to get him out of there, and as soon as we did he needed to have mulltiple surgeries to remove bloody, open, infected tumors on his lower abdomen. The veterinarians thought it was likely cancer... but after multiple rounds of testing post-surgery, Angel was declared cancer free and generally in good health! He's been healing up and getting stronger in a foster home in LA since, and he is now ready to go...

Because this innocent dog was neglected and likely lived in squalor until now, and because he has been through so much the past few months, almost ending with a cancer diagnosis, we have decided to take him on a road trip back to New York City so that he can see the world he almost left behind, so that he can meet some kind people from coast to coast who will serve as a representation of all of you amazing folks who sent positive energy that gave him the strength to survive, so we can spread the word about dogs like him... and so that we can RESCUE MORE DOGS AS WE GO!!!

We are booking it from California to New York, and we are trying to raise at least $6,000 in the next 6 days. PLEASE DONATE!!!

This trip is for the dogs that get looked over, the dogs that have "bad" reputations because they are scared, the dogs that suffer for years before someone who cares finally finds them, the dogs that are worth fighting for, the dogs that break and then mend your heart. It is easier to walk away than to fight -- but it's even easier to love. Letting kindness and compassion fuel what you do, as often as you can, fans the flames of peace. PLEASE HELP US REACH OUR GOAL so that we can save more dogs in need of a second chance... those in need of an ANGEL. 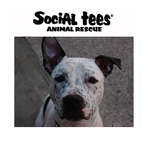 Social Tees Animal Rescue is managing the funds for this campaign.