Stephen Leacock Associates was founded in 1946 by a number of Stephen Leacock's friends to perpetuate his memory.  The Associates began awarding the Leacock Medal for Humour in 1947.  The number of entries has continually grown — 84 books were put forward by publishers and writers for 2020, the most ever.  An anonymous panel of judges, appointed from across Canada by the Leacock Associates’ Board of Directors, vets all entries and selects the long and short lists and the final winner.

Previously, the shortlist of five books was typically announced on April 1st, the winning book announced at the end of April at a luncheon, and the Leacock Memorial medal and a cash award presented to the winner in June at the Leacock gala dinner at Geneva Park Conference Centre in Orillia, Ontario.

In 2015, the Leacock Associates added a long list announcement of the top ten books.

In 2016, the announcement format evolved again into its  present form: 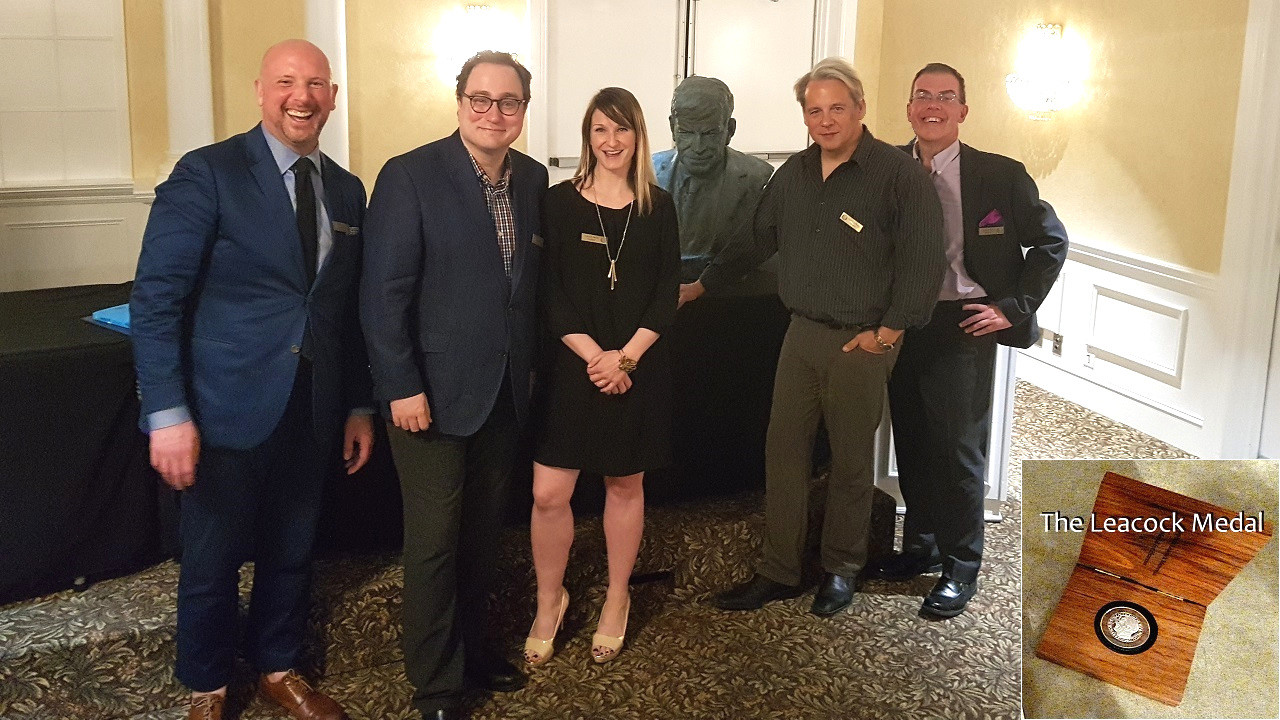 Help to save the Leacock Medal for Humour

The Stephen Leacock Memorial Medal for Humour is one of Canada’s best-known literary prizes and has been awarded annually to the author of the best Canadian book of humour since 1947. But now, it needs your help to survive.