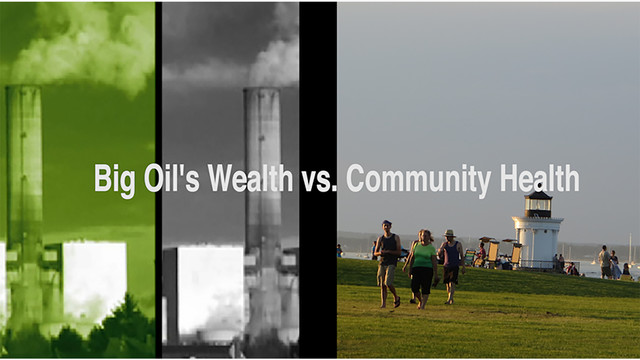 Show South Portland some LOVE
We've got some great news to share! An anonymous donor, who loves the City of South Portland and its efforts to protect its air with the Clear Skies Ordinance, has offered to be a matching donor for the next $500 that is raised on this site. It's a great chance to double the power of your gift!

If you LOVE clean air and the right for people to protect their local community, please make a donation now!

Our goal is to raise $25,000 for our community’s Clear Skies Legal Defense Fund. We wish to send a strong message to the courageous city of South Portland that people support the battle to protect our air, water, and health.

Portland Pipeline, a subsidiary of ExxonMobil and Suncor, is suing to overturn an airtight ordinance South Portland passed to protect our air from the toxic fumes that would be spewed out during the burning off of chemicals needed to move tar sands through South Portland for export.

Help protect our right and yours to safety and sovereignty!

We at Protect South Portland are a non-profit grass roots citizen organization (a 501C3) founded in early 2013. Our mission is to promote actions and practices that serve to protect the environment, health, and welfare of the citizens of South Portland.

When Portland Pipeline, a subsidiary of ExxonMobil and Suncor, tried to build a tar sands export terminal next to Bug Light Park on the shores of Casco Bay in South Portland, Maine, the community banded together to launch a strong, intense and successful effort to block the oil industry. The oil company wants to reverse the flow of an aging pipeline to transport tar sands oil, a thick, heavy sludge from the ravaged Alberta arboreal forest, where the oil industry has destroyed an area the size of Greece.

It would then travel through Canada, Vermont, New Hampshire and Maine for export in tankers from South Portland. This 75 year old pipeline passes through many water sources including Sebago Lake which provides drinking water to 20% of Maine ’ s population. They would build two 70 foot smokestacks on the shore of Casco Bay. These stacks would emit toxic carcinogenic fumes into our neighborhoods. It would put at risk the rich sea life and shoreline of our pristine bay.

A groundswell of support resulted in the passage of South Portland ’ s Clear Skies Ordinance in 2014. It stopped corporate oil in its tracks. It was a battle and victory for a community ’ s self determination to protect its citizens and to protect our planet from the dirtiest oil on earth. 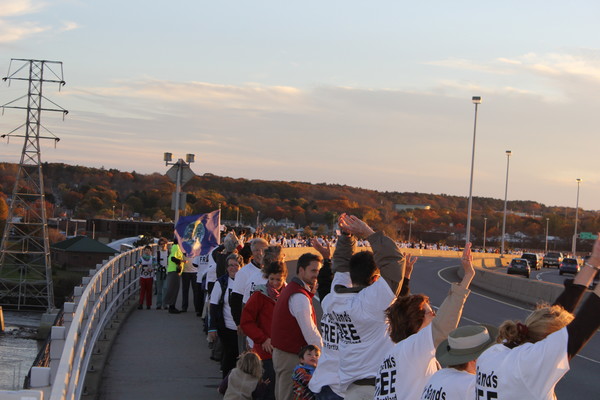 As expected, the oil industry is suing the City of South Portland, a city of 25,000, to nullify our airtight ordinance. They are not only determined to force their project through, but to make us pay for saying no to them - sending a message to other communities who might want to stand up to them. The litigation is extremely expensive and the oil companies pockets are deeper than deep. It is a classic David and Goliath battle. The small city of South Portland reflected the will of its people and went out on a limb as it courageously opposed the most powerful company in the world.

Given the high quality of the Clear Skies Ordinance itself, we can topple the giant again, but WE NEED YOUR HELP. Please contribute what you can.
All donations go to the City of South Portland's  Clear Skies Legal Defense Fund. 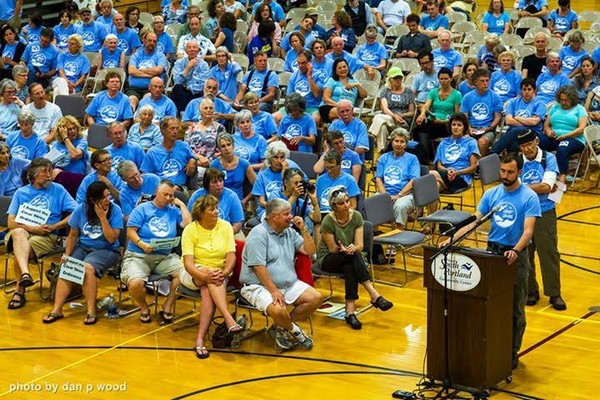 There were many amazing people (see some of them above in blue t-shirts!) and organizations that came together to help us with this effort.  Below are the names of organizations that worked with us to protect our wonderful little city. 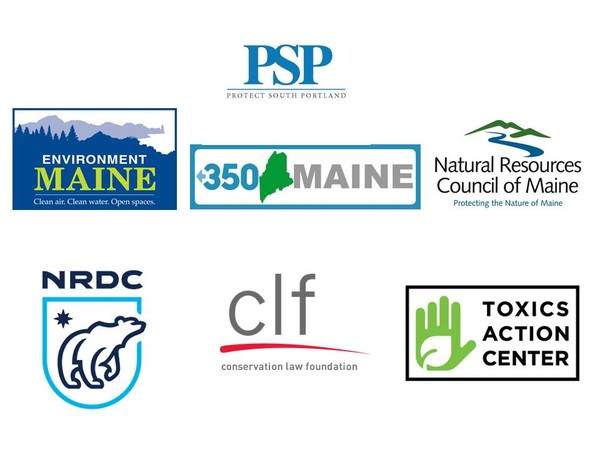 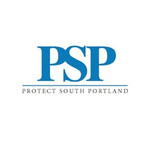 Protect South Portland is managing the funds for this campaign.