No thanks
Anti-Anti-Semitism Action
SubscribeUnsubscribe
✖
Gallery (1) 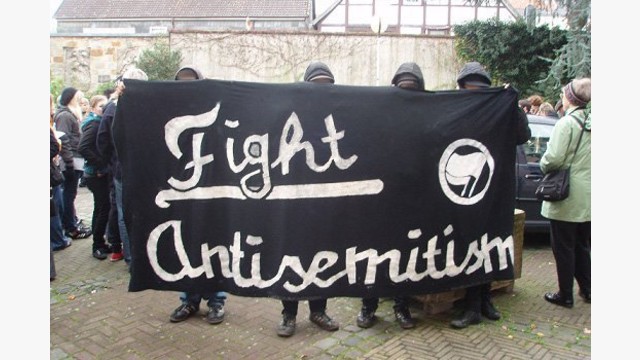 In light of the murder of eleven people at the Tree of Life synagogue, Anti-Anti-Semitism Action is asking for your support to take action against anti-Semitic organizers and to defend Jews. We are raising funds which we need to spotlight specific anti-Semitic organizers—especially those who use platforms that cater to the Alt Right such as Gab—to spread their toxic conspiracy theories. Funds will be used to expose and run public campaigns against activists who spread anti-Semitism, as well as those promoters who bring anti-Semitic speakers to their towns.

Remaining monies will be used to provide security and protection for Jewish activists who are targeted by anti-Semites. This includes hiring security for public appearances, and arranging security measures at activists' residences.

The ADL raises millions of dollars a year to “fight anti-Semitism” but they refuse to do the nuts and bolts work of taking action against anti-Semitic organizers or protecting Jews who are targeted. 100% of your donations will go directly to this.