We sent you confirmation via email with complete details of your payment. Please allow notifications@fundrazr.com in your spam filter to be sure you receive our message.

Unlike other crowdfunding sites, FundRazr enables campaigns like this one to run for free. But we can't do it alone. We rely on the generosity of community members like you to cover costs. Please support our work so we can continue to help those in need.

Thank you for including a tip of:

No, I'll opt out Count me in 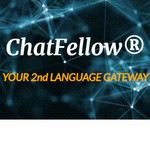 ChatFellow is managing the funds for this campaign.