Thank you everybody. Our campaign is now over. ✕
Assist Shoal Lake 40 with Travel Costs to the UN
SubscribeUnsubscribe
✖
Gallery (1) 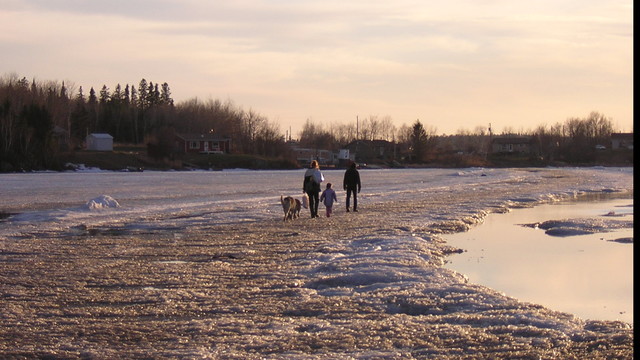 Story: Over 100 years ago, the City of Winnipeg displaced Shoal Lake 40 members to build the aqueduct and intake works that diverts drinking water to Winnipeg. Shoal Lake 40 was forcibly relocated onto a peninsula that was severed into a man-made island.

This past century has been a perpetual struggle for the small First Nation. Although they can hear the traffic on the Trans-Canada Highway, their community lacks road access. Many lives have been lost crossing the ice and water that continue to separate their homes from the mainland. They have lived under a permanent boil-water advisory for the last 18 years, and struggle with inadequate sanitation, healthcare and education facilities. Many members of the community have moved away in order to avoid the additional risks, inconveniences and costs associated with living there.

There has finally been progress over the last year. On December 17th, 2015, all 3 levels of government expressed their commitment to fund Freedom Road - the collaboratively-identified solution that will provide all-year road access to Shoal Lake 40.

This progress, however, is only the first of many steps needed to begin to provide the essentials of life. This past fall, Human Rights Watch visited Shoal Lake 40 as part of their investigation on the treatment of First Nations peoples in particular in relation to the right to water and sanitation. Human Rights Watch will be travelling to Geneva with Shoal Lake 40 this February to present the daily realities of living in Shoal Lake 40 and four other Indigenous communities to the UN Committee on Economic, Social and Cultural Rights. As Chief Erwin Redsky stated, "We’re honoured to be working with Human Rights Watch. It’s important that the world be aware of how Indigenous communities are treated in Canada. Shoal Lake 40 happens to be a glaring example of the pattern of discrimination in essential services that has been going on for 100 years."

Human Rights Watch is paying the travel costs for one representative to go. Linda Redsky is a brave mother, grandmother and health worker and she will be carrying the difficult stories of ordinary band members to the world. It’s a weighty task for one individual and she would dearly like the support of a fellow band member in her challenge. Another person has stepped forward and is prepared to go if funds can be raised for travel costs. While the government of the First Nation is in full support, they do not have funds for this sort of advocacy work.

This crowdfunding campaign has been set up to assist in covering the travel costs, in hopes of making it possible for at least one more person from the First Nation to travel and present to the UN Committee in Geneva.

Note: This is a campaign created by Winnipeggers. It has been done so with the consent of Shoal Lake 40 First Nation, but is a Winnipeg-led initiative.

As Winnipeggers, we have benefited from Shoal Lake's water for the past century. As we have grown more aware of the direct costs associated with our water supply, many Winnipeggers have sought to remedy this injustice. As our country speaks of reconciliation - or as Minister Carolyn Bennet called it at the Freedom Road announcement on Dec. 17th, "reconciliACTION" - Winnipeg and Shoal Lake 40 have an opportunity to demonstrate this journey together. Contributing to this campaign is a practical action that Winnipeggers can take to help our neighbours out at Shoal Lake 40. 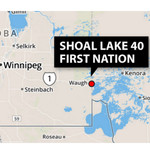 Shoal Lake 40 Direct Action Team is managing the funds for this campaign.