Thank you everybody. Our campaign is now over. ✕
SWEET KARMA...SHOT IN THE HEAD AND LEFT TO DIE
✖
Gallery (7) 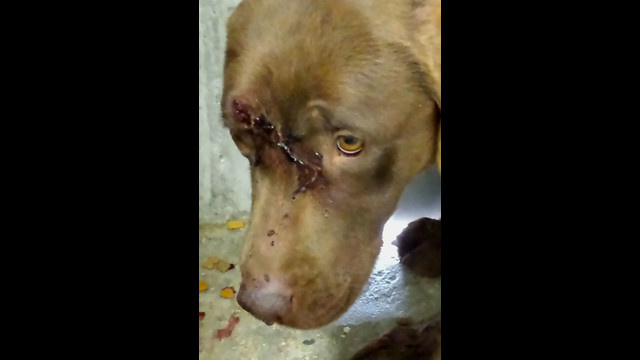 On 2-23-15 a gentleman was hunting for antlers near the foothills in Sanpete County and came across a dog that was injured and obviously in distress. She had a nasty wound on her head, very unsteady on her feet, and it was clear that she recently had puppies. He knew he couldn’t leave her there, so he opened the door of his vehicle, and surprisingly the dog immediately jumped right in. This sweet dog was just waiting for someone to help her!

Wag-N-Train was notified by the animal control officer that she was brought in and we went right down to make an assessment. She was clearly in distress, and we believe from the time she was found to the time she got to the shelter, she was slowly going into shock…she stood unsteadily facing the wall, would not sit or lie down, had labored breathing, did not respond to voices, and trembled when touched. There was blood slowly dripping from her head wound and her nose.

We called on some amazing volunteers who dropped everything to get this girl to the vet in Payson. Even while in obvious pain, she allowed them to pick her up and place her in the vehicle for transport.

After exam and xrays, it was determined that this dog, now named Karma by her transporters, has been shot in the head…not once…BUT TWICE…and left for dead!! Gratefully, the bullets didn’t hit any major arteries, nor shatter any bones, but she may lose the sight in one eye…it’s still too early to tell. She was put on IV fluids, antibiotics and pain meds, and will be at the vet until at least Thursday.

Sadly, we don’t know the fate of the little family she will never know…but don’t hold out any hope that they are alive.

So far, the cost of her medical care is close to $600. The detailed receipt from the vet will be posted in an update. Once she is released from the vet, there will certainly be more follow up care for her recovery.

We don’t know how long Karma was alone waiting for help…but she survived until help came. She is a fighter. And we’re hoping her strength of spirit will remain and carry her through to recovery.

Another rescue group, Rescue Rovers based in SLC, has graciously offered to take her under their care once she is released from the vet, continue help with expenses for her recovery and to eventually find her a forever home with a family who will love and care for Karma like she deserves.

Please, will you help by donating whatever amount you can to cover expenses? No amount is too small. Wag-N-Train is a 501(C)3 non-profit corporation. Your donations are tax deductible.

And please, keep sweet Karma in your thoughts and prayers. Her emotional recovery will be as important as her physical recovery.

See all activity93
NEW Thank you emails can now be sent directly from the Transactions page.
Alternatively you can still leave a comment here. 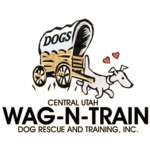 Wag-N-Train Dog Rescue is managing the funds for this campaign.