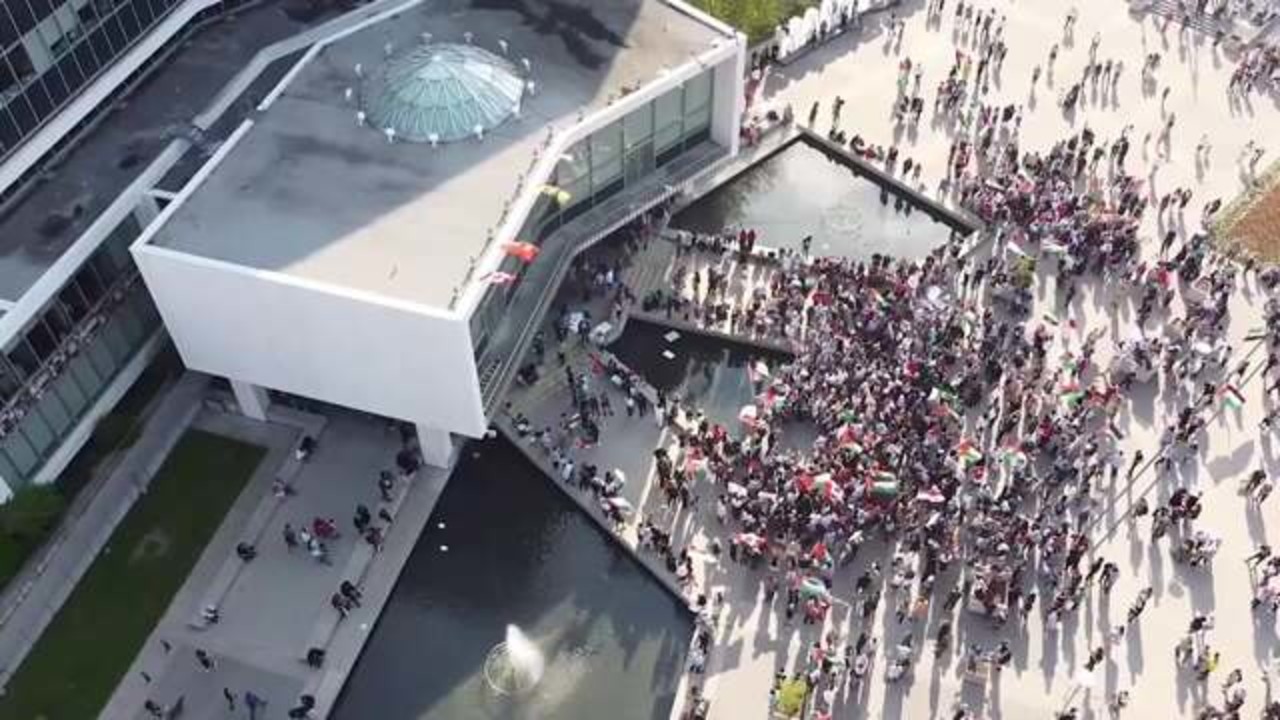 Organizers and attendees of a pro-Palestine rally, and a Defund HPS action demanding increased funding to support unhoused Hamiltonians, have been issued multiple tickets by the City of Hamilton and face fines of up to $100,000 and 1-year potential jail time. In both these instances, young Black, Palestinian, and racialized community members, Sarah Jama, Wala Al-Soofi and Hashid Mansur Ali, were targeted by the Hamilton police services, intimidated, and charged with breaking COVID-19 rules.

Hamilton, Ontario has proven itself to be a city of solidarity across issues, organizations, unions, and individuals from all walks of life. We have shown up for each other over the last few years to feed each other , to push for vaccinations to be given to those who need it the most, to defend 2SLGBTQ+ pride, and to fight against bigotry and white supremacy.

At the same time, it is a continuing and growing trend that those who speak out against hate, oppression, white supremacy, and settler colonialism are policed and intimidated by the City of Hamilton. At the two protests mentioned above, Black, Indigenous, Muslim, Arab, and other racialized folks were blatantly racially profiled and harassed by Bylaw officers and Police.


On November 23, 2020, community members from across Hamilton came together at City Hall, pitched tents, and announced: we are here and we will not be ignored; we will not let the City ignore our unhoused neighbours, the people who have died in this city, the people that have been killed by police in this city; we are here calling to defund the police, we are here calling to invest that money into housing and resource our communities. This was the beginning of Freedom Camp. On November 30th, 2020, in the pouring rain, Hamilton police, bylaw officers and tactical units instigated an attack on Freedom Camp protesters and unhoused people - evicting people from their tents in the wet and cold, throwing tents and belongings into garbage compactors. But we came back. We sat in City Hall demanding a public meeting with the mayor. Instead, Black and racialized youth and supporters were dragged out one by one by police. And yet again, today, we are are still making the same calls for investing in our communities: Because that’s what Hamilton means to us. Because that's what community does.


Fast forward to May of this year: thousands gathered where we are gathered now today, to speak out against the ongoing ethnic cleansing of Palestinians by the settler colonial state of Israel. The Hamilton Rally for Palestine on May 16 was a peaceful, family-friendly event, which abided by COVID-19 guidelines. We saw an enormous outpouring of support from the Hamilton community for Palestine. In response, Hamilton Police Officers and City of Hamilton By-law shamefully and unjustly choose to target and ticket 14 visibly Muslim community members , two of whom face the same fine of up to $100,000 and 1-year potential jail time. Wala Al-Soofi and Hashid Mansur Ali face the same repercussions for being voices for the community, calling for liberation from oppressive systems and speaking out against an apartheid regime.

These struggles are linked. In both instances, young Black and Palestinian community members, Sarah Jama, Wala Al-Soofi and Hashid Mansur Ali, are being targeted by the Hamilton police services - an arm of the canadian state - and are being intimidated and threatened with legal repercussions for peacefully protesting and speaking out against oppression.


We will not let them get away with this. The fight for the freedom of Palestinians and the fight to defund and abolish police are connected. Here and across the world, Black people and Palestinian people are policed and killed by the state on stolen land for no other reason than to protect the existing systems of power and oppression. We are strongest together, and we will fight these oppressive tickets together to defend our right to speak out against injustice .

We ask for your continued solidarity and support in fighting these tickets. We are asking for a combined $30,000 to #FundtheFight to challenge these discriminatory tickets so that no one has to pay them. There are a total of 15 tickets, three of which are up to a maximum of $100,000, and we ask that you follow our campaign using #DropTheChargesHamOnt to learn more about the fight against displacement and policing in both Hamilton and Palestine. Finally, we ask you to visit http://dropthechargeshamont.ca/ - going live later this week - where we will continue to update information and resources with other important ways to help us get these charges dropped. 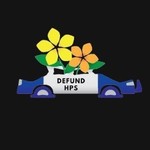 DefundHPS is managing the funds for this campaign.