Thank you everybody. Our campaign is now over. ✕
Help Return our BT-13 "Tuskegee Trainer" to Flight
SubscribeUnsubscribe
✖
Gallery (2) 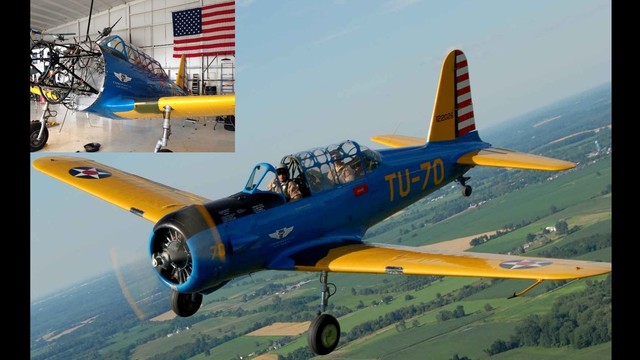 Engine Rebuild Needed! In mid-March 2014 our BT-13 aircraft experienced a loss of power and vibration on the downwind leg, but the pilot was able to make a safe, essentially power-off landing. The engine went to the overhaul facility at Covington Aircraft Engines where their overhaul contract estimate plus other accessories work needed, freight, and parts result in a complete overhaul that will cost $78,000. All donations are tax-deductible under our 501 (c) 3 status. The funds will go strictly for contracted repair, overhaul and materials. All labor will be performed by volunteers, including some of our cadets (ages 12-23). Our Background: The National Capitol Squadron (NCS) is the Washington, DC Metro area unit of the Commemorative Air Force (CAF) nationally comprised of over 10,000 members and organized into 75 Wings, Squadrons and Detachments located in 26 U.S. states and four other countries committed to preserving World War II American aviation heritage in flying condition. We are based at the Culpeper Regional Airport, VA. The NCS operates the Vultee BT-13 in the appropriate markings to represent a trainer based at Tuskegee Army Air Field (TAAF) during WWII in honor of Squadron and Commemorative Air Force Honorary Members, General Benjamin O. Davis, Jr., USAF (Ret) combat leader of the Tuskegee Airmen, and Colonel Charles E. McGee, USAF (Ret) also a leading Tuskegee Airman. The buzz number for the trainer, TU-70, represents a BT-13 that Colonel McGee flew the most (over 20 times) during training in 1943. Although trainers were not assigned to individual airman, we have added pilot names for General Davis and Colonel McGee on the BT-13 in their honor. From 1941 through 1946, nine hundred and ninety-six pilots graduated at TAAF, and received commissions and pilot wings. Mechanics were trained at Chanute Air Base in Rantoul, Illinois until facilities were in place at TAAF in 1942. Four hundred and fifty of the pilots who were trained at TAAF served overseas in either the 99th Pursuit Squadron (later the 99th Fighter Squadron) or the 332nd Fighter Group. The 99th Fighter Squadron trained in and flew P-40 aircraft in combat in North Africa, Sicily and Italy from April 1943 until July 1944 when they were transferred to the 332nd Fighter Group in the 15th Air Force flying the P-51. More information on the Tuskegee Airmen can be found at www.tuskegeeairmen.org. We take great pride in helping educate the public about the sacrifices of the Tuskegee Airmen, often in conjunction with members of the Tuskegee Airmen including Colonel McGee. Help Us Get Her Back in the Air! We lost the ability to fly this aircraft to air shows for the 2014 season, and the desire is to get it back in the air and back in public for the upcoming 2015 season. Covington estimates they can repair the engine in 4-5 weeks, but shipment will depend on our ability to pay their bill. Once shipped it will take a week for transit and then approximately 10 days for reinstallation by our volunteers. Our schedule is therefore driven almost entirely by the date we have sufficient funds for release of the overhauled engine from Covington. 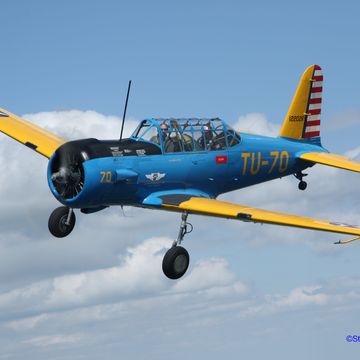 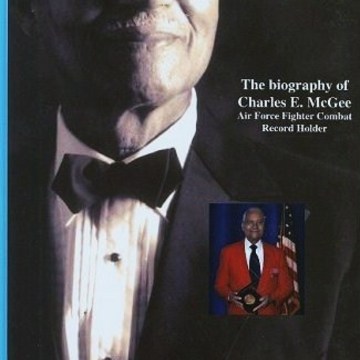 $250 USD
Autobiography of Colonel Charles E. McGee
Hardcover Book autographed by Colonel McGee. Colonel Charles E. McGee fought in World War II, in Korea and in Vietnam. He holds the record for the highest three-war total of fighter combat missions of any pilot in the U.S. Air Force history. His military service began as one of the Tuskegee Airmen in the 332nd, famed pioneers who fought racial prejudices to fly and fight for their country in World War II.
More ... Less ... 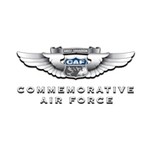 National Capitol Squadron of the Commemorative Air Force is managing the funds for this campaign.