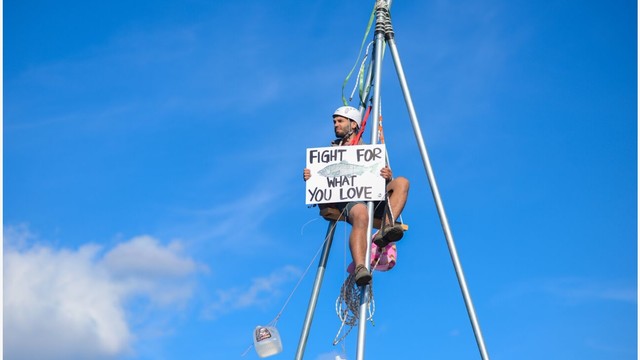 On Saturday, August 27th, a number of activists and organizers took part in a blockade that lasted over 10 hours. This action continues the recent wave of community resistance to fossil fuels, specifically coal and oil trains, in the Pacific Northwest.

These brave individuals have taken a stand in the fight against the destruction of the planet, but they need your help to continue! Legal fees resulting from their work protecting our communities are a serious roadblock on the way to a fossil-fuel free future. Your donations will go directly to help cover such costs and get our activists back onto the front lines where they can keep organizing against the coal trains.  Our initial oal is to raise these funds, but more will be needed and any additional donations will be spent on continuing resistance efforts. 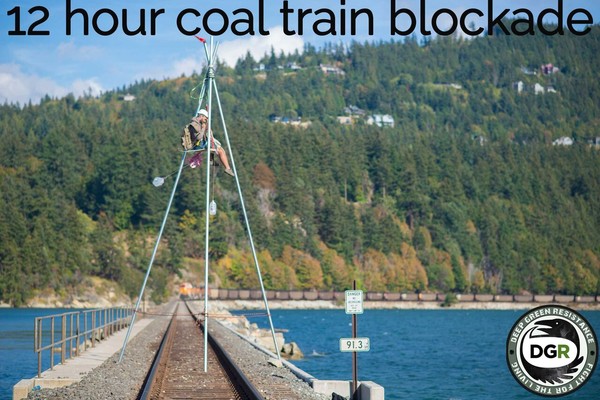 Donations of any amount will be accepted. Show the world that you stand with the thousands of individuals who are fighting back against big oil and gas for a cleaner, safer community. 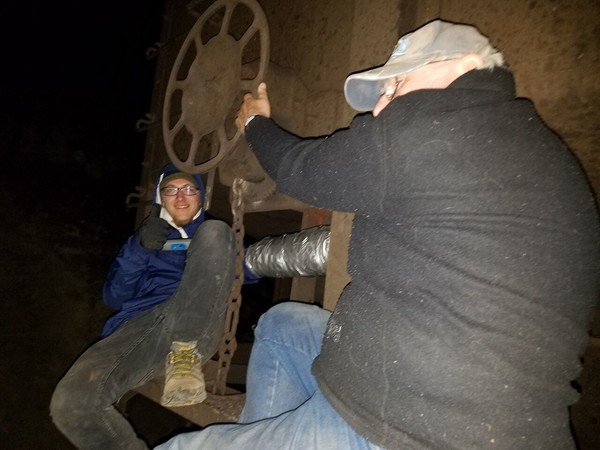 In the past year we have been seeing more and more communities rise up in resistance through direct action against fossil fuels. One example of this kind of direct action is the blockade that occurred last month in Vancouver, WA. This blockade was in response to past train derailments, which have resulted in multiple deaths. Just before that action, hundreds of activists participating in Break Free We Pacific Northwest came together to block the transportation of oil and natural gas in Anacortes, Washington, and before that kayaktavists took to the water to blockade Shell's oil rig bound for Arctic drilling. We applaud activists taking direct action where the legal framework has failed to stop the dangerous train derailments and go a step further to suggest that even if trains never derailed, we oppose fossil fuel extraction on the basis of stopping climate change. No amount of fossil fuels being extracted and burned for energy is safe, because climate change threatens the very existence of life on this planet. Thank you for your support!

Funds from this campaign will be used for legal support for those arrested at the action, and

Deep Green Resistance is managing the funds for this campaign.