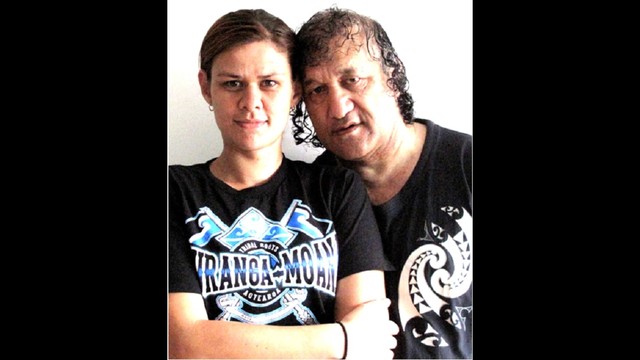 Our cause is to travel to Britain UK Devonport to Raise King William IV Flag as the King of England and Hanover while the Queen has sold off the Sovereignty of Scotland, Ireland, England and Wales to the EU Parliament.

But the Queen left "King William IV,Lord High Admiral" King of Hanover alone on his Estate Lands in Plymouth and Devonport England.. This is a Commercial Contract between New Zealand and Pacific Islands to King William IV, Creator of all Admiralty Court Martial Law, Trading Bank of England Laws, Pound Notes and King of Commerce Mortgage Liens

We are that Legacy Legal Partner to him, why we need to get to England to be the Candidate for Devonport Surrey and Plymouth for the "Moai King William Party".

OurTahitian Royal family Ancestral Inheritance Memorial Moai Statue stands in "Queen Elizabeth II Great Court in London is our Native Title to the Pacific and the World Gods Grace Face Spirit that is the missing link in Britain why Britain is at War with Debt and Destruction as a culture.

We want to be there to make the changes that is needed to reduce the carnage set by the Queens Monarchy Parliament now removed from Britain and planted in the EU Parliament!

We are going there to bring Back the "King of England" Land Title Sovereign Justice, correct the Legal Law System carve a new Westminster Britain UK Pacific World Commonwealth.

We are the Legal Native Partner to Westminster Parliament.

The money is needed for our travel and accommodation and campaign to Devonport Electorate Office and Flag Raising Ceremony then into the High Court of Admiralty in Plymouth as the Surrogate King of England British UK Pacific 5 Nation State Justice System Law and British Land Law Restored.

Both Jaymie and I are Native to New Zealand and Pacific Islands Tahiti Moai Easter Island. As Original Ngatai and Wanoa Royal Monarch Families,

And on the British Side" Wanoa Family of “Rogan” (English) Judges and Land Surveyors and “Cosgrove” (Irish) Lawyers Bloodlines.

And on Jaymie side is Ngatai Tahitian. “Patrick and Stewart” Irish Scottish families on the Scotland Yard side of Law.

We want to go and put this Legal Connection all together with your help getting us there to legalize it all.

We are too late getting to England because we are locked to a 1/61 Cook Street Land Deal that the Auckland Central New Zealand Police Authorities are holding up for as long as it takes them to cover up the Fraud Land Titles that are British.

Before the British discover that Queen Elizabeth II and her LINZ Australian Land Titles corrupted our British Land Titles  This is the same "Queens Bench" Court House in the Electorate of Plymouth "Devonport" England. We are the Legal Team investigating King William IV, Queen Victoria Trust where all teh Gold and Assets Menoy Properties gone.

We the Natives are the Legal Beneficiary’s of that Trust going there to Audit the Land and HM Treusury we know on reliable evidence that she has emptied out, won’t know till we get there..

We are Legal Administrators of the "Kings Bench" Royal Revenue as the Judge Creditors setting the Debtors  Levy in the High Court of Admiralty, Plymouth in "William Yard" "Devonport" England and "Devonport" Auckland and New "Plymouth" New Zealand.

Once again our Cause is to remove the Queen of England with the Surrogate King of England. She is in Conflict with Westmiinster Britain UK as a Legal "Queen in Brussels EU Parliament" leaving Britain in Tatters.

We want to hurry up and get there and register our "Moai King William Party" in "Devonport Plymouth as a Moai Crown King William IV Sovereign Federal State" soon as possible.

Otherwise the EU Parliament and its Head of State Queen Elizabeth II will damage  Westminster UK Britain from EU Parliament Control it has over them, It is our responsibility to Re establish King William IV to fill the "Void" Position the Queen left wide iopen and abandoned her British People as a CEO Queen in Exile managing her Private Businesses.

Jaymie and I are travelling to Britain UK to represent the Pacific Islands Group and King William IV King of England Monarch Sovereign Coronation and British Crown Lord High Admiral "King of Commerce" King of England Commercial Estate Lands Inheritance and Countries in his Title name!

Please help us to get from Auckland New Zealand to London now the Voting Registrations have closed and the Elections close on 7 May 2015.

We shall raise the 1835 Declaration of Independence Flag on his Memorial in "William Yard" and register our "MOAI KING WILLIAM PARTY" Political Party in a King Wiliam IV Federal State Government. in Devonport Plymouth County

You can contact us here. Type John Wanoa in Googe, Youtube, Facebook, and Twitter. And there you will see us in our campaign to free the world of Corruption and Fraud in the Queen Elizabeth II, Queen of Brussels EU Parliament not England,

The Vatican and Rothschild Banks Iand Queen Elizabeth II are the driving force in this Corrupted Westminster Parliament now spread to the EU Parliament where she has fled to. Is now creating War Death and Destruction to our Planet Earth inside her new Parliament as the British UK enemy Betrayer. We are there to restore Justice and Peace.

Thank you, Jaymie and John

Type Moai Power House in Google to see the Shares and Concepts of the Hydrogen Economy under "Moai Crown King William IV Trust" We are setting up TagPay Phone Banking System introducing the original King William IV Pound Notes and Gold Coins as the Currency once we get to England and set it all up from humble beginnings.

King William IV Created the Acts of Westminster parliament for the "Bank of England 1834 Act" the "Money Print and Minting Acts 1834" the "Pound Note Act" and our Moai Native Flag of the "1835 Declaration of Independence" as a Self Government Monarchy Sovereign State.

That’s why we are there to Re Instate the Flag is still in One Piece as "King William IV Flag of a "State of Emergency" High Court of Admiralty Mortgage Lien levy Creditors Flag of Commonwealth Free Passage through the World of Commercial Trade Banking Financial Interest Private Contract with us his Legal Business Partner Trustees.

See all activity2
YOU can put this campaign on the path to success. Be first to contribute 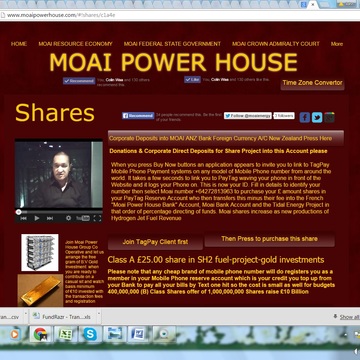 We are offering a membership annual fee of GBP 10 Pounds Sterling and a minimum of 1 share as a perk worth 35 Pounds to be illegible for other benefits available to you as a member on our websites facebook, twitter, google and youtube type in John Wanoa into these 4 Sites to make your own assessment of our long track record is consistent. The opportunities are large and secure in our approach to our profession and Profile to make sure we are accurate.
Read more
More ... Less ... 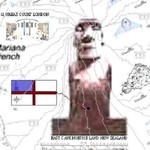 Moai Crown King William IV Trust is managing the funds for this campaign.