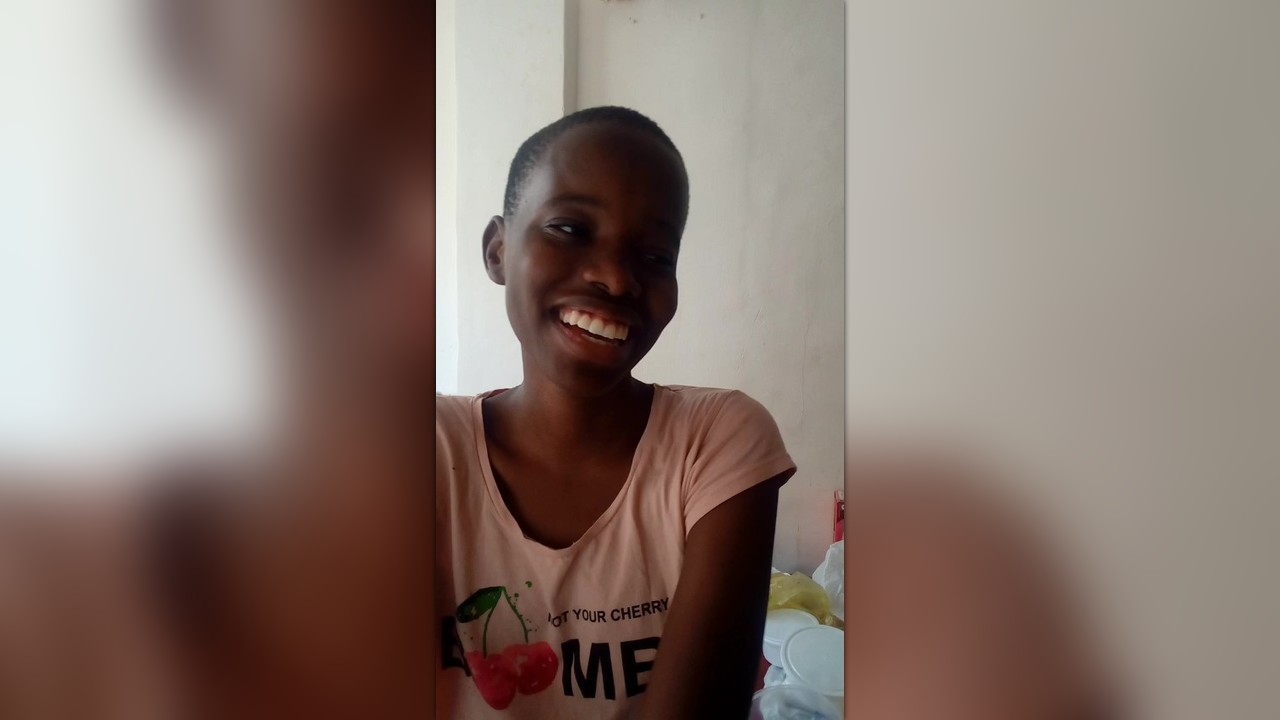 I'm Merlin Young, and I'm chair of the Moxafrica charity. We've been working in the field of TB in the developing world since 2008 and for a vital part of this time we were being helped by Esther's mum, Allen - but this is Esther's story and Esther's appeal (not Moxafrica's). I am simply proud to be personally making it on her behalf.

Esther is 13 years of age and lives in Uganda and right now she urgently needs crucial spinal and uterine surgery that she can only get in India, so we are trying to help make this happen for her – because it will prevent almost certain paralysis and so to enable her to pursue her dream of becoming a surgeon and helping others in similar situations in Uganda in the future.

We first met Esther, and her mother Allen, the first time we went to Uganda in 2009 when Esther was an infant and Allen was helping us find out whether moxa might help combat TB in Africa.

Esther had been born with an imperforate anus which means that she lacked the normal opening for passing stools. Soon after her birth Ugandan surgeons successfully created an anus for her and she’s been managing since though is still unable to completely control her stool. Despite these challenges, she has been doing very well at school, engaging fully with her fellow students and has become an active member of her lively family.

But recently things have taken a very serious turn for her.

It had been also originally diagnosed that she’d been born with only one kidney but then last July, during the COVID lockdown in Uganda, Esther started violently vomiting everything she ate. While trying to find out why this was, it was found that Esther actually did have a second kidney but that it had become ectopic and was now enlarged. Her vomiting then turned into acute lower back pain which was partially managed by a variety of painkillers, but each one only worked for a short while so the doctors decided the ectopic kidney had to be removed immediately.

While the doctors were removing the kidney they unfortunately found a lot of unexpected congealed blood and realised that it must have accumulated from her menstrual periods which had not been discharging properly. As a result, they have now put Esther on a monthly hormonal injection to stop her periods until the problem can be rectified.

Anyone born with an imperforate anus often suffers from other congenital abnormalities including gynaecological ones, but another one involves unusual bone growth in their back. In Esther’s case it was quickly identified that she was developing such a problem (confirmed as ‘congenital kyphosis’) but it was reckoned this could be surgically corrected once she’d stopped growing in her early 20s. As a result of recent growth however, her upper torso has been bending and a recent growth spurt has made her condition much worse.

After the kidney removal, a new locus of pain materialised on the spine itself, and the Ugandan doctors told her and her mum that if corrective spinal surgery for this kyphosis was not done soon she will probably soon be paralysed because of compression of the spinal cord. In other words this surgery now can’t wait until she’s older. In Uganda, however, this intervention is too specialist and too dangerous (with a very high risk of consequent paralysis) so their advice was for Esther to get this specialist surgery done elsewhere.

Esther’s mum is nothing if not resourceful, and so she immediately consulted some specialist doctors in South Africa who advised her that the best option was to find a surgeon in India because there are skillful surgeons there who would be more affordable. Since then she’s found Dr Arvind Kulkarni in Mumbai. Dr Kulkarni heads the ‘Mumbai Spine Scoliosis and Disc Replacement Centre’ and is a Consultant Spinal Surgeon at Bombay Hospital, one of the largest hospitals in India. He’s won many accolades for his work. Having reviewed Esther’s scans and notes he has agreed to do the spinal surgery, arranging the additional uterine surgery to be done by others in a different hospital, and he has given Allen an estimate accordingly.

Esther’s mum calculates that her daughter’s life can be turned around for a total sum of £18,000 (or US$24,500). This would cover all the costs - not just the costs of the operations, but also the flights to and from India and the cost of staying probably four weeks in Mumbai to allow her to recover from the two surgeries before flying home.

Esther wants to live a normal life, but beyond recovering she wants to become a surgeon to help others like her. Her eldest sister, incidentally, won a scholarship to Moscow to study aeronautical engineering, so we don’t for a minute think this will be beyond her.

Allen, meanwhile, is a single parent who we have known for about twelve years. Her contribution to Moxafrica’s project work and our research on moxa for TB in Uganda was fundamental to its success, and her organisational abilities were always extraordinary and her integrity is beyond question. We know she wouldn’t ask for help unless she really needed it. Time and again she went the extra mile for us, so right now we want to do the same for her in return.

Currently the only way she can afford the operations in India is to sell her home and render her family homeless. She’s already trying to sell some land she owns, but because of COVID land prices in Uganda have collapsed so she can’t get enough from this to cover the costs, so we’ve decided to step in and launch a fundraiser for Esther to see whether we can fill the gap for them.

It’s as simple as this: as soon as the budget target is reached, Esther and her mother will be able to fly to India.

Time is of the essence. Esther is on strong pain killers which are not good for her health and the risk of paralysis developing is now growing daily. Furthermore, she is on a monthly hormonal injection to suppress her monthly periods – a treatment that is dangerous over any extended period and may lead to infertility in future as well. But most of all, signs of paralysis are already developing in Esther’s arms and legs.

There’s real hope for Esther if we can help, but we need to act fast. Collectively we can help Esther get this surgery and give her a chance of a decent life. Please help us. Thank you - and thank you for reading Esther’s story.

Please note, all donations must be made in pounds sterling amounts, but payment can be made in any major currency.

Moxafrica is managing the funds for this campaign.