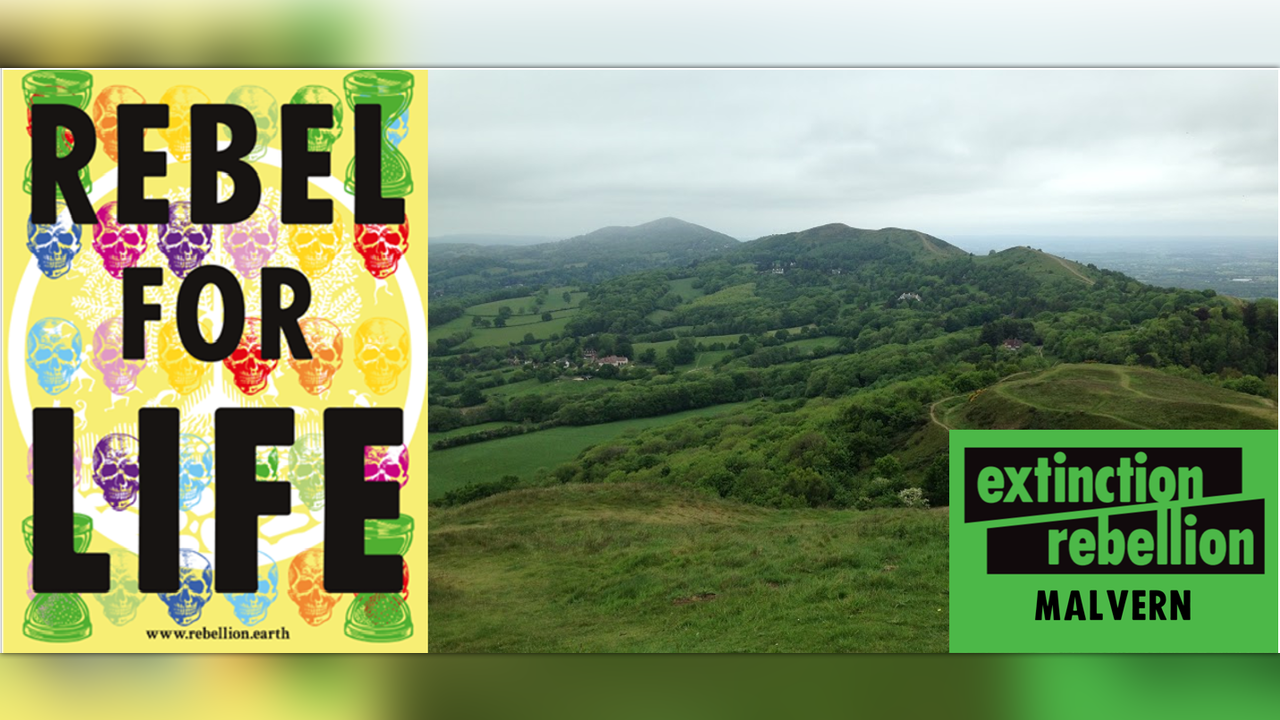 We are facing an unprecedented global emergency. The government has failed to protect us. To survive, it’s going to take everything we’ve got.

WE NEED YOUR SUPPORT!

If you are in a position to contribute financially it would be an enormous help and will go towards front-line activities happening in Malvern, London and elsewhere. Come join the Rebellion!

At the end of 2018, the UN Secretary General warned us:

Over 50% of the human addition of carbon to the atmosphere through the burning of fossil fuels has occurred in the last 25 years – i.e. since the IPCC was founded.

Human activities have caused the planet’s average surface temperature to rise about 1.1°C since the late 19th century. Most of the warming occurred in the past 35 years.

A “biological annihilation” of wildlife in recent decades means the Sixth Mass Extinction in Earth’s history is under way.

Looking at the UK for example, the 2016  State of Nature report found that they were “among the most nature-depleted countries in the world”.  One in five British mammals are at risk of being lost from the countryside with the populations of hedgehogs and water voles declining by almost 70% in just the past 20 years. Whilst another new report  by the British Trust for Ornithology found that more than a quarter of British bird species are threatened, including the Puffin, the Nightingale and Curlew. Across Europe the abundance of farmland birds has fallen by 55% in the just the past three decades!

You can find out more at: https://rebellion.earth/the-truth/the-emergency/

We are you! You are welcome to join us and participate, you don’t need our permission, if you agree to follow our  principles and values.

We need to take action in the world and we need to look after ourselves. This rebellion is fuelled by our love, which is growing because we are willing to face the grief of these times.

A world where we build thriving connections within our society and environment, bringing hope and enabling us to decide the direction of our lives and futures. An inclusive world, where we work consciously to ensure fair processes of collective decision-making, where creativity is prioritised, and where our diversity of gifts are recognised, celebrated and flourish.

To spark and sustain a spirit of creative rebellion, which will enable much needed changes in our political, economic and social landscape. We endeavour to mobilise and train organisers to skilfully open up space, so that communities can develop the tools they need to address Britain’s deeply rooted problems. We work to transform our society into one that is compassionate, inclusive, sustainable, equitable and connected.

Support and encourage a citizens uprising in the UK (of about 2 million people) involving low level and higher risk acts of civil disobedience by some (with others willing to support those that take actions). When ready, create a participatory, democratic process that discusses and improves a draft manifesto for change and a new constitution. This will involve creating a genuine democracy, alongside an economy to maximise well being and minimise harm. 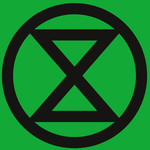