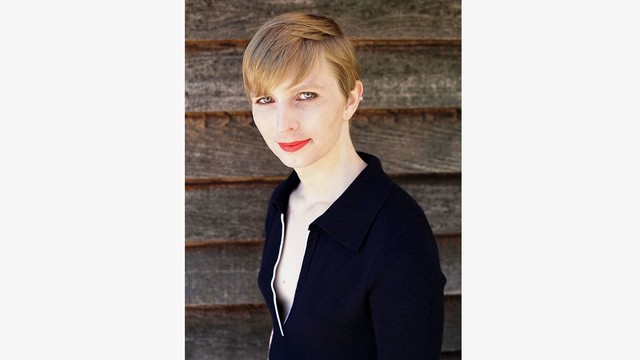 Chelsea Manning is one of the most well known political prisoners of our time, whose actions exposed war crimes, helped fuel the Arab Spring uprisings and led to the US withdrawing most of its forces from Iraq in 2011. The 28-year-old former Army intelligence analyst disclosed hundreds of thousands of classified documents to WikiLeaks in order to expose war crimes and human rights violations, give a clearer picture of the Iraq and Afghanistan Wars to the public and shed light on the way the United States conducts diplomacy around the world. Manning is serving 35 years in jail, the longest sentence for a whistleblower in US history, after being convicted on several counts of the Espionage Act, the Computer Fraud and Abuse Act and military violations.

WikiLeaks’ first major release from Manning’s disclosures, on 5 April 2010, was Collateral Murder, a video depicting U.S. helicopter gunners shooting Iraqi civilians in Baghdad, among them two Reuters journalists and a van of people who’d stopped to help the initial victims.

The Iraq logs undermined the Obama Administration's attempt to keep troops in Iraq beyond 2011. Upon seeing the logs, Iraqi officials declined to provide US troops the immunity they requested, troop talks then broke down and the US was forced to leave.

In November 2010, WikiLeaks released 250,000 State Department cables, ranging from unclassified to Secret, exposing, in Manning’s words, “how the first world exploits the third.” With reports penned by American officials from embassies around the world, the documents gave new light to backroom dealings, detailing how the United States interacts with its allies and adversaries behind closed doors. These diplomatic releases, by exposing rampant corruption and abuse not only by the United States but also by those it dealt with, helped fuel the Arab Spring, the wave of grassroots uprisings that roiled North Africa and the Middle East in the following years. Tunisian activists set up 'TuniLeaks' to highlight locally relevant disclosures and spread awareness of the corruption of their government.

Finally, in April 2011, WikiLeaks released the Guantanamo Bay Files, largely revealing that prisoners held there were known to not pose a threat but were held instead due to their intelligence value.

Though separate from the larger caches, WikiLeaks also released two CIA 'Red Cell' memos in 2010, 'CIA report into shoring up Afghan war support in Western Europe' and 'Memorandum on United States "exporting terrorism."' At her trial, Manning said, "The content of two of these documents upset me greatly."

Manning was arrested on 27 May 2010 in Iraq and shipped to Kuwait, where she endured brutal treatment in a metal cage, while awaiting transfer to a military prison. She was brought to the Quantico Marine Brig, where her abusive treatment, including forced isolation and nudity, incurred international outrage, condemnation from the UN Special Rapporteur on Torture, diplimatic protests and the resignation of Hillary Clinton's spokesperson P.J. Crowley. Judge Denise Lind ruled that her treatment was improper and awarded Manning 112 days off of her sentence.

Manning was precluded from defending her actions as a whistleblower at trial, because the Espionage Act does not provide for a public-interest defense — a conviction only requires the prosecution to show the potential for harm. Manning plead guilty to some of the counts against her and altered versions of some of the others, in part in order to make the very public interest arguments that the legal process had barred.

In her statement, Manning said,

“I felt that we were risking so much for people that seemed unwilling to cooperate with us, leading to frustration and anger on both sides. I began to become depressed with the situation that we found ourselves increasingly mired in year after year. The [war logs] documented this in great detail and provide a context of what we were seeing on the ground.

"I believed that if the general public, especially the American public, had access to the information contained within the [Iraq and Afghan War Logs] this could spark a domestic debate on the role of the military and our foreign policy in general as well as it related to Iraq and Afghanistan.”


On 21 August 2013, Manning received the harshest conviction in any whistleblower case in US history, 35 years in prison.

The day after her sentence, Manning, formerly Bradley, announced her decision to live publicly as a woman, as Chelsea. Since then, she has been embattled in a fight with the US Army for rights as a transgender prisoner, including to medically necessary hormone therapy.

Since her imprisonment, Manning has been a vocal member of the global debate over war, secrecy and transparency, and transgender rights. She has a column in the Guardian, blogs at Medium.com and dictates tweets to be sent out at @xychelsea.

On 19 May 2016, Manning’s legal team formally filed its appeal of her conviction, which it calls “perhaps the most unjust sentence in the history of the military justice system” and suggests her sentence be reduced to ten years.

The Courage Foundation has always supported Chelsea Manning’s actions and fight for freedom and justice and is now officially making her a beneficiary, so we can raise funds for her legal team throughout Europe ahead of the appeal, which should come to a courtroom in 2017. 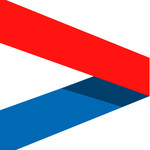