No thanks
Watson House
✖
Gallery (1) 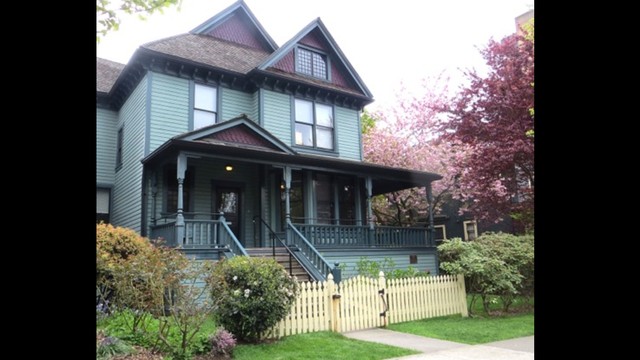 On a leafy sidestreet a few hundred metres from the constant parade of life in Davie Village, Watson House is gently awakening to the start of a new day.

Emma Charman gets up from her office carved out of a narrow space next to the kitchen and heads up the staircase to the second floor. She knocks on one of the bedroom doors. “Are you awake,” she asks through the closed door. “Would you like your meds?”

In a city where it’s estimated that 14,500 young people are experiencing severe mental health issues, the eight-bedroom heritage house is the only residential facility of its kind.

Young people in the early stages of their diagnosis live here for an average of two years as they learn how to cope with this new, unwelcome presence in their lives.

“When I was first diagnosed, I was the only person I knew who had a mental illness. I thought I would never get better, that what I had was really rare and basically a death sentence,” says Tracy.

Tracy’s now a part-time student at Langara College. When she was first diagnosed with bipolar disorder as a teenager, she couldn’t even get out of bed, let alone leave her house.

At Watson House — one of three sites run by Coast Mental Health for youth — the residents are given the supports they need to regain their independence and learn how to manage their mental health.

“Your life takes a bit of a hiatus when you’re first diagnosed,” says Charman, program manager at Watson House, which opened its doors on Pendrell in 2006 as part of Coast’s Early Psychosis Intervention program.

Staff and peer support workers help with everything from learning symptom management techniques to how to budget. Staff is on site 16 hours a day; the eight hours that residents are on their own are equally important because it inspires a sense of responsibility and reduces the feeling that need to be “supervised.”

“It’s an extremely rewarding job,” says Charman, who’s been with Coast Mental Health for 15 years. “Helping people get their life back on track is really necessary; they’re missing out on a lot of things we take for granted.”

Coast Mental Health knows that identifying and intervening as early as possible and providing ongoing support for youth with a mental illness creates the greatest chance of recovery. This year Coast Mental Health is focused on at-risk youth programs which include supportive housing, youth peer support, education bursaries, employment training and crisis intervention. Coast is seeking $65,000 to fund additional social worker to reach 30 young people who need help in our community. 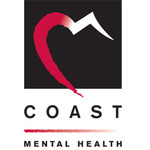 Coast Mental Health hasn't posted any updates yet.
Newest | Oldest
Show more
NEW Thank you emails can now be sent directly from the Transactions page.
Alternatively you can still leave a comment here.

Coast Mental Health is managing the funds for this campaign.