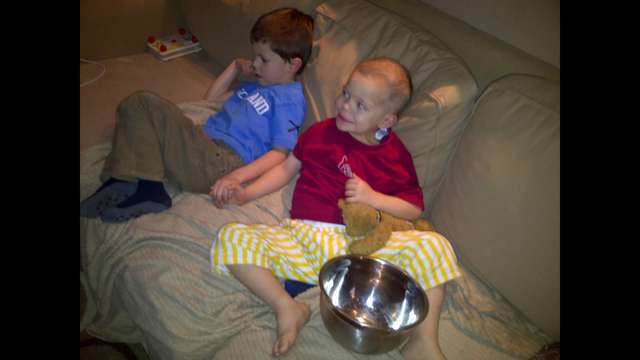 $1,890 raised 189% of $1k goal
29 contributors
7 Years running
Contribute
By Tina Yaskowich
Are you friends?
Pays to The Team Finn Foundation Keep it all

Marty and I will be running a half marathon in May, in an effort to raise money for pediatric cancer.
This run is for Carson, Finn, their families and everyone who's affected by cancer, which is probably all of us.
The photo below is of our son's best friend Josh and his 3 year old brother, Carson. Josh is holding Carson's hand because despite his smile, moments before this photo, Carson was nauseous from a collection of chemotherapy and radiation treatments.
Carson is a very lucky boy. He's lucky because he's alive, and as of this month, he is in full remission.
The last 8 months of Carson's life has been filled with long hospital visits, surgeries, endless needles, and many other scary things that a three year old should never have to experience.
Recently, Carson's mom and dad decided to run a half marathon in honour of Carson and everything he's been through - and conquered.
When Jess told me about her goal, I had no other words to say accept "ok, then I will run too."
Anyone who knows me, knows I don't run. Throughout my husband's journey with marathons and triathlons, I always said "I'll be there to cheer you on, but I really don't get why anyone would want to put their bodies through this.". Now I understand why.
So while I cannot say I'm enjoying the training, if a child can endure cancer and continue to smile, I can endure some minor physical discomfort in an effort to raise money for pediatric cancer, so that others (possibly me or you) never has to go through this.
In our efforts to raise money for pediatric cancer, we decided to join Team Finn.
Finn died at the age of three. Finn went to our son's (and Josh and Carson's) preschool, a couple years before Lucas and Josh, so when Jess suggested we join "Team Finn" in their continued efforts to raise money for pediatric cancer, it made perfect sense.
I am learning to run for Carson and Finn. In May, I will run for Carson and Finn. Please show your support and give generously.
To learn more about Team Finn, please watch this heartbreaking and inspirational video.
https://www.youtube.com/watch?feature=player_embedded&v=2eWFSRRbdDg 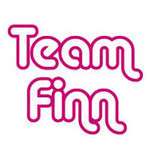 The Team Finn Foundation is managing the funds for this campaign.