No thanks
Support the Families of Former Hunger Strikers
✖
Gallery (3) 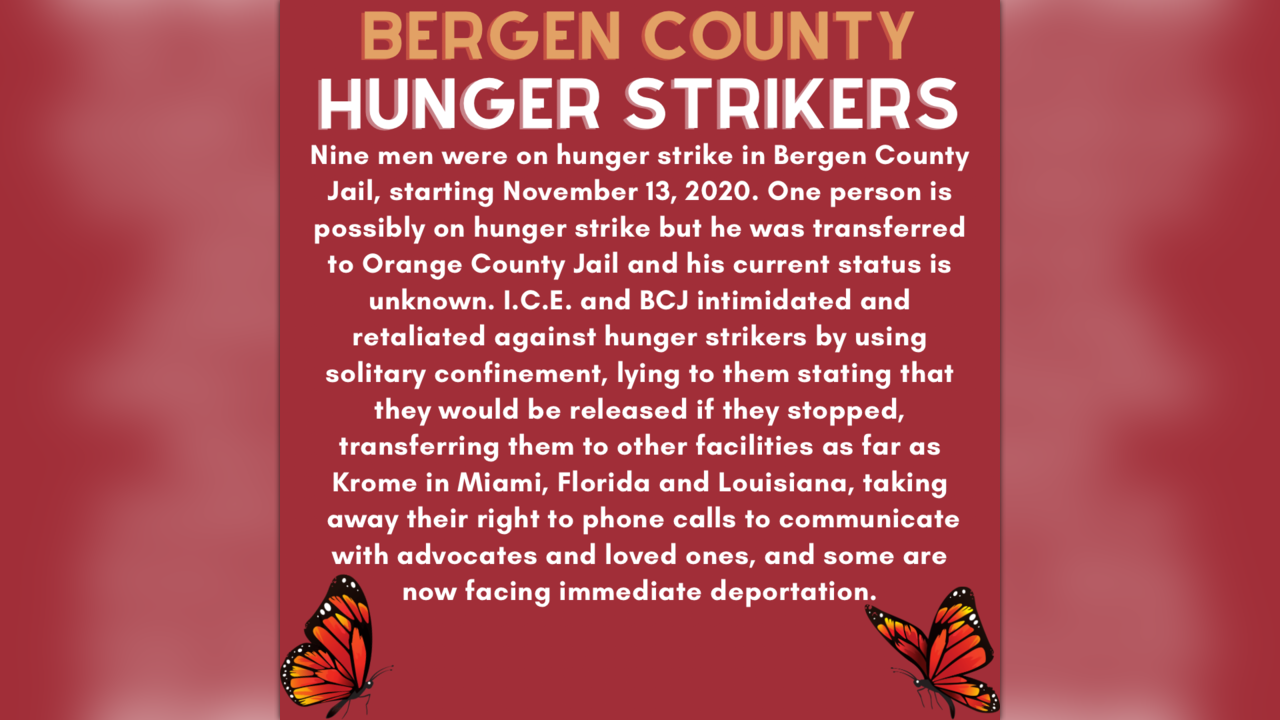 The Abolish ICE NY-NJ Coalition is raising money for the families of the nine men who were formerly on hunger strike at Bergen County Jail.

These nine men were on strike for 34 days, and have faced intimidation and retaliation for fighting for their freedom. ICE and BCJ used solitary confinement, lied to them that they would be released if they stopped, transferred them to other facilities as far away as Miami and Louisiana, and took away their right to phone calls to communicate with advocates and loved ones. Some of the hunger strikers were beaten and abused by the guards. Some are now facing immediate deportation or have already been deported. One of the hunger strikers who was transferred was nearly force fed. As of December 16th, the three men left at Bergen County have since stopped their strike. However, one hunger striker, who was transferred to Orange County Jail, continues to deny his meals.

As these men suffer at the hands of an inherently unjust system, their families outside struggle to survive. Their families experienced a tremendous loss when their loved ones were taken away by ICE, and now need help getting by.

Please support the families directly impacted by the two-fold violence of forced migration due to imperialism, and the criminalization of migration.

Ridgewood for Black Liberation is managing the funds for this campaign.