No thanks
Please donate $25 toward new Mars Wrestling Mats!
✖
Gallery (2)

Please consider an individual donation of $25 dollars to our capital campaign to purchase new wrestling mats for the Mars wrestling programs.

We are hoping to raise $25,000 through this effort.  The mats will be used by all levels - youth, middle school, and high school.

The Mars Area Wrestling Club - a not-for-profit 501(c)(3) - works to support the growth and development of the young people of the Mars community at all levels through the sport of wrestling.

Twenty years ago in 1996, Mars' teacher and Head Wrestling Coach, Glenn Clark, envisioned an exceptional wrestling program in the Mars community. Sadly, the Mars community lost Glenn and his wife, Annette, in a tragic accident in 2002. His vision of wrestling excellence in Mars still endures to this day.

We plan to debut the first of our two new mats at The 2016 Glenn Clark Memorial Tournament on December 11, 2016. Our Varsity wrestlers will perform on the new mat three days later on December 14th in the first match of the season against the Knoch Knights.

THANK YOU FOR YOU DONATION AND SUPPORT!

The 2016-17 varsity wrestling season is expected to be the program's best season in over a decade.  The team, under Senior leaders Noah Wright, Justin Petrilena, Jesse Chen, Nick Shriver & Max Aubrecht, expect to make the team playoffs for the first time since moving to class AAA competition years ago.

Senior Leader, Noah Wright, is projected to become the first 100 Match Winner in program history.  Both Wright and stand-out Junior, Alex Hornfeck, have high expectations of being the first Mars wrestlers in a decade to qualify for the PA State Individual Wrestling Championships. 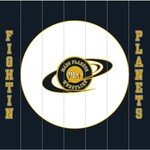