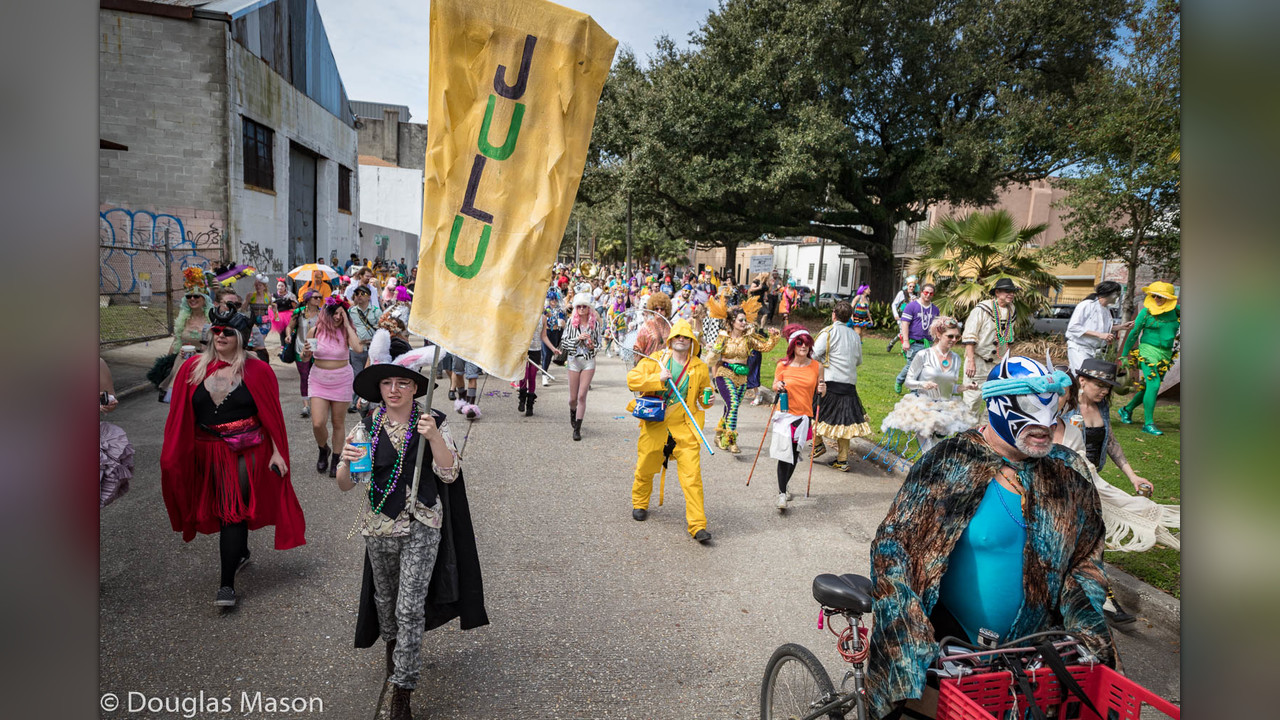 Dear MEMBERS OF JULU, Fellow Revelers, Julu Stragglers, Anarchic hanger-ons, left-over from Lundi Gras Loiterers, unbeknowing victims just hanging around the start of the route, et al. Julu 2019 is on its way. We need your help - we've booked the New Breed Brass Band and need to pass the hat to pay for the band. Please donate!

Over the years, the Krewe of Julu has become one of the many wonderful Mardi Gras traditions of this city that gives life to the famous phrase, “Only in New Olreans.” What began as no more than a glimmer of an idea in 1993 by a few musical acquaintances brought together by their surprising lust for Eastern European folk music, has grown into an indescribable annual tradition each Tuesday before Lent. While Julu has always prided itself in not actually having any organization or even much discussion about the year’s celebration, it still requires a certain amount of perseverance, diligence and these days, financial support. The euphoric bisection of the Crescent City by costumed hooligans has always begun Uptown and jubilantly set sail across the City, through the French Quarter (and sometimes Treme) to the Marigny Triangle where the parade reached its culmination, but now the parade is led by a an organized group of musicians called a brass band. In the early days, an amalgamation of hung over horn players and strung out percussionists would be thrown together at sunrise to preside over that years’ festivities. Now that Julu has grown up a bit, an actual living breathing professional rehearsed brass band is hired to become the engine for the day. The Krewe still encourages audience participation of the musical kind, but we are no longer beholden to a late Algiers Ferry or a passed out drummer.

Just remember, the only rule of Julu is that everyone needs a costume. Feel free to invite friends that will positively add to the festivities and don’t feel any pressure to hump a cannon inside Coliseum Square Park, but do feel pressure to don some killer threads.

Will you be in it?

See all activity56
NEW Thank you emails can now be sent directly from the Transactions page.
Alternatively you can still leave a comment here. 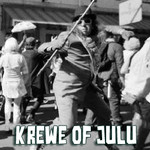 Krewe of JULU is managing the funds for this campaign.