Please visit our new campaign, Father's have rights too, let's help Ryan! ✕
Help the Tague's get through this trying time.
✖
Gallery (6) 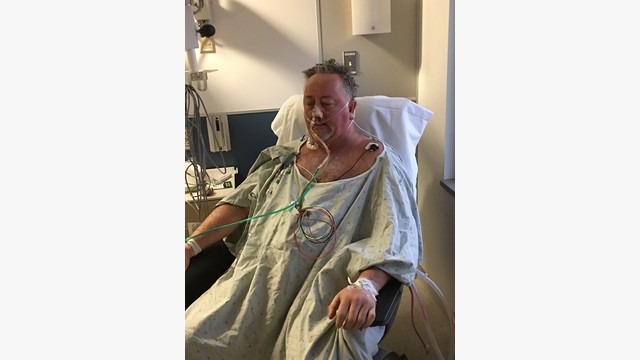 My parents have had a rough month. In the past month, my parents traveled to Texas, twice, due to two unfortunate deaths of my Dad's neice, then two weeks later, his sister also passed away. Two weeks after returning to the Chicago area, my Dad nearly died after eating, yes eating! He had food stuck in his esophagus and tried to wash it down and ended up causing his esophagus to burst from the pressure (esophageal perforation of the thoracic region and left lung). This occurred the Friday after Thanksgiving. After being disagnosed with the large tear in his esophagusand adjacent lung, in the thoracic region (behind the heart), he was transferred to Rush Memorial University Medical Center where he would have died if the emergency surgery had not been conducted.

He was sedated for two days while intubated. He is battling infection, high blood pressure and fluid in his lungs. He is conscious, but in no way out of the woods. Due to the nature of this injury, he will most likely remain in ICU for another week and in hospital for a couple weeks after that. This is where, on behalf of my parents, I am asking for support during this holiday season. While my parents both have jobs, they have exhausted all their vacation time and are currently both without income until the New Year.

While there are benefits my Dad will most likely qaulify for, those applications and approvals take time. My mother is working with her employer to work from home, but she cannot do that until my Dad is released from the hospital. My parents are never ones to accept financial support, they are often the ones donating to causes and to others in need.

I can attest that any donations accepted are beyond appreciated and will go directly to living expenses. The last thing I want my Dad to worry about, when he is fully aware of what is happening, is how his injury has caused him to be unable to work.

The surgeons keep reminding my mom this is still a life threatening injury. I can't make him heal or expedite the recovery. What I can do is shed light on their situation and help alleviate one of the stressors.

Any contribution is greatly appreciated and if you are unable to contribute, sharing this fundraiser is just as appreciated.

Thank you so very much,