No thanks
Father's have rights too, let's help Ryan!
✖
Gallery (3) 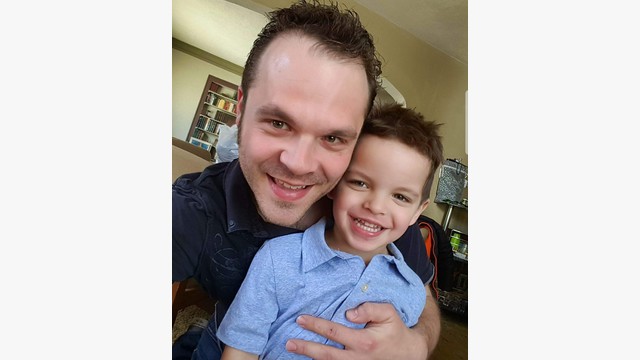 $1,360 raised 23% of $6k goal
31 contributors
108 Weeks running
Contribute
By Kristen Meghan
Are you friends?
Personal campaign Keep it all
Chicago, IL, US

Ryan Scott was in a relationship with the mother of his son. She became pregnant, became scared and left. The mother then broke off communication with Ryan. A day or two after their son was born, Ryan saw photos and knew he was the father!  He filed paternity with the courts and had to take classes to gain rights to see his son and spent two years on and off in court. This became two years of complete choas and legal struggles to be the father be wanted to be.

It wasn't until their son, Dean, was two years old that he met his father. Ryan eventually gained over night visitation and a visitation order was put into place. Without reason, the mother and her boyfriend would file orders of protection against Ryan, to end his visitation. These protection orders also involved the boyfriend and his family. Their son was raised to think the mother's boyfriend was "Daddy". This is why orders of protection came from the boyfriend and his family, an attempt to void Ryan's fatherhood.

When Dean turned four, Ryan and the mother of Dean agreed to move in together while she worked and Ryan stayed at home to care for Dean and work side jobs. Ryan was able to see Dean everyday! When Dean's mom lost her job, she wanted to move out, which stuck Ryan with all the financials. The repeat cycle of Dean being kept away from Ryan, when visitation was scheduled, has once again begun.

There is an unhealthy epidemic where fathers are not seen as equal parents. Ryan is an amazing father and just wants to gain regular and equal rights and visitation for his son. The most recent event involved Ryan being assaulted by the mother and state authorities refusing to address it. Knowing this, she went to a different county and filed an order of protection, including their son on the order. Ryan is about to spend the 3rd Father's Day in a row without his son. This whole situation is both backwards and unjust.

Friends and family continue to inform Ryan he needs a great family attorney. He knows this, but cannot afford this. He does not like asking for help, but all donations collected will go to legal fees. Your consideration and support is beyond appreciated.

See all activity33
NEW Thank you emails can now be sent directly from the Transactions page.
Alternatively you can still leave a comment here.