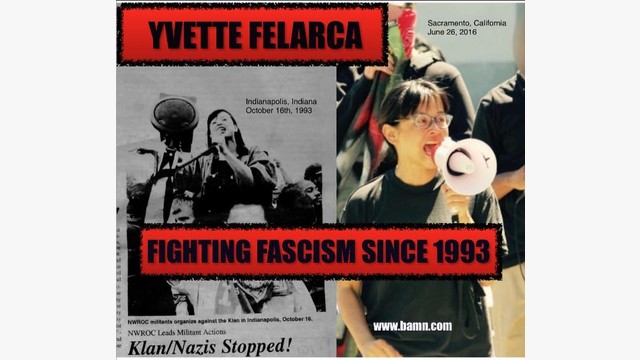 United for Equality and Affirmative Action hasn't added a story.

The movement to defeat Trump and the threat of a fascist movement coming to power in America must act now to defend one of our bravest and most prominent leaders from a political witch-hunt. Yvette Felarca, an internationally recognized activist building the new immigrants rights and civil rights movement, is currently facing Trumped up charges for protesting a group of armed neo-nazi Trump supporters in June of 2016. Defense of the most prominent on-the-ground leader in the Resistance to Trump is essential to stopping the Trump regime.

Yvette's legal costs may be as high as $40,000-50,000.  Yvette's political supporters must act now to raise enough funds to assure her victory in court and her ability to continue her critical leadership in our movement.  All contributions are tax deductible.

A veteran public school teacher of 20 years, Yvette Felarca is also a national organizer for the By Any Means Necessary Coalition. Having dedicated her life to fighting for civil and immigrant rights, Yvette has played a critical role in organizing several Northern California counter-protests of Trump’s most dangerous neo-nazi and “alt right” supporters.

On June 26, 2016, at the height of the Trump Presidential campaign, Yvette protested neo-Nazi/KKK members who, emboldened by Trump, had scheduled a recruitment rally on the steps of the capitol in Sacramento. As neo-Nazi’s marched up the steps of the capitol, carrying knives and home-made spears, they stabbed Yvette and a dozen other anti-fascist protesters while the police stood by and did nothing to deter the Nazi violence. Wounded, Yvette appeared on several news outlets, declaring that the protest had done the right thing, and that the Nazi’s had to be prevented from rallying whenever they tried.

Yvette has continued her work, defending militant action to shut down alt-right organizer and now defunct former Brietbart editor Milo Yiannopolous at UC Berkeley, and opposing alt-right and fascist attacks and recruitment rallies in Berkeley and other parts of the county.  Now the police and other law enforcement are escalating the witch-hunt against her. Yvette was arrested on July 18, 2017 on outlandish charges dating back to the 2016 Sacramento protest.

Yvette needs your support for her legal defense. These bogus charges would not have been brought if it weren't for Yvette's critical role in the movement, and we can not let this political attack succeed in scaring our ranks or forcing us into submission. Leadership is essential to victory. Donations can be made anonymously.

Links to media reports and interviews with Yvette Felarca on fighting Trump and the growing threat of fascism:

Guardian U.K. exclusive interview with Yvette after her July 19, 2017 arrest:

Uneditted TV interviews on June 26, 2016 after the anti-fascist protest in Sacramento: 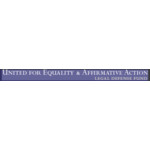 United for Equality and Affirmative Action is managing the funds for this campaign.