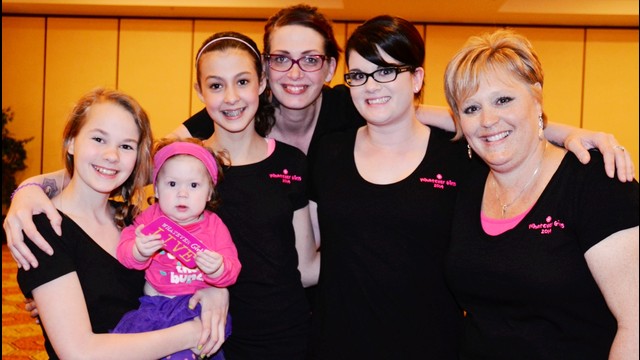 The Whatever Girls hasn't added a story.

Once upon a time, in a far away land, a beautiful Princess lived with her father, the King. Her life was perfect. She was loved, protected, and wanted for nothing. Then one day, the Evil-One, who is jealous of the King’s power and knowledge cast a spell of deception and the Princess’s royal inheritance was stolen from her.

The Evil-One left a ransom note demanding $10,000 in exchange for the return of the Princess's Royal Inheritance.

This Princess represents every girl that has ever walked the face of the earth. You, if you are a woman, mothers, sisters, wives, aunts, nieces, and so on. Her inheritance was stolen the minute the evil one said “Did God Really Say…” to Eve in the Garden of Eden.

Since that day in the Garden of Eden, girls of all ages have been searching for their inheritance. Like me, many have searched for it in the approval of others, boys, and material items.

When I was 21, I was unmarried and pregnant, and became a mother to a daughter. When Grace was born, I knew I wanted her to have a better teenage experience I did. In 2009, I founded the Whatever Girls ministry largely as a preemptive strike against the warfare that teenage girls are exposed to at an alarming rate. The other reason I founded the ministry is because I believe in facing our problems head on rather than reacting to them.

Here are four of the core areas my ministry is focusing on:

1.  Whatever Girls Princess Ball Father Daughter Dance and Sonora Smart Dodd Father of the Year Award: Our third annual event is Saturday, November 14 at the Lincoln Center. Daughters whose fathers intentionally invest in their lives do better in school and have a healthier self-image than those whose father is passive or absent. Sonora Smart Dodd founded Father’s Day in 1910 right here in Spokane. We accept nominations for the Sonora Smart Dodd Father of the Year Award by daughters who attend the Princess Ball with their father. We believe fathers should be honored and respected, and encouraged to step in and up into their roles. The media does not portray men or fathers in a respectful light, but we hope to change that through our event and campaign. The first two years we hosted this event State Representative Kevin Parker and Rick Rydell of KXLY were our special guests and Derek Cutlip, former radio personality with KMBI Moody Radio was our emcee and D.J. Our emcee this year is Robyn Nance from KXLY, Derek Cutlip will be our D.J. and we hope to welcome Kevin Parker as our special guest.

2.  Whatever Girls Live Conferences: These conferences are getaways for teen girls and their moms or mentors. We offer keynote and breakout sessions from a variety of professional speakers with timely and relevant topics for teen girls, moms and mentors. Sessions prepare and equip girls to wisely and Biblically handle peer pressure, dating, issues with friends and more. They also provide encouragement for girls to live out their faith authentically in a culture that is constantly telling them to be someone else. Moms are encouraged and given tools to intentionally parent their girls. We are helping raise up a generation of young women who are boldly stepping into their God-given identities and taking their place as leaders among their peers.

3.  Whatever Girls Groups: Groups modeled after the group I started for my daughter, Grace, in 2009, groups are starting up and meeting across the United States and around the world. Middle school and high school aged girls get together and encourage each other in their faith, study the Bible together, pray, learn how navigate challenging issues while remaining grounded in their faith, serve their communities and develop leadership skills.

4.  Sex trafficking in America: It’s happening, even right here in Spokane. Young girls are being taken by force, fraud and coercion and sold for sex. My own daughter came into contact with a predator on her iPhone and was being groomed for an in person meeting with this predator before I became aware of what was going on and stepped in. I am determined to bring education and prevention to parents and teens about this horrific crime to our community.

News: The Whatever Girls are hosting a January 2016 west coast conference on sex trafficking.

If you have ever stepped out in faith to accomplish something way bigger than yourself, I ask you to pause and remember what that experience was like. It’s exciting and scary at the same time, right? It’s also overwhelming, the hours are long, the to-do list is massive and it can be very expensive. Sometimes you forget why you even started on that road and wonder if it’s truly worth it and you wonder if you can even take another step towards your dream. And then you get a glimpse of what lies ahead, over the next mountain, and you remember your "why" and you keep going. I'm going to keep going. Will you please help me by contributing to the Royal Ransom Campaign? 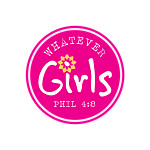 The Whatever Girls hasn't posted any updates yet.
Newest | Oldest
Show more

The Whatever Girls is managing the funds for this campaign.