No thanks
Rob Vagramov for Mayor of Port Moody!
✖
Gallery (1) 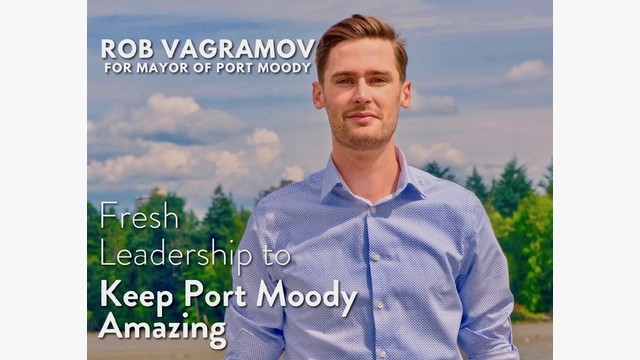 For the past four years, I’ve had the honour of representing my hometown on City Council.

Last election, with SkyTrain’s completion imminent, many were concerned that the future of our city would be shaped by overdevelopment. When I rallied against the 'Metrotownification' of Port Moody back in 2014, it was out of concern of what could be planned;
Today, I am concerned about what has been planned.

Despite election promises to the contrary, Port Moody has been steered towards an unsustainable course since the last election.

Projects of record-breaking scale have been added to our Official Community Plan (OCP), blowing past our agreed-upon growth targets. Traffic concerns and our parks don’t seem to get addressed meaningfully, and quality of life concerns now get treated as annoying hurtles to overcome in public hearings, rather than being the starting point for discussions around growth.

This is what pushed me to run for Mayor.

✓  STICKING TO THE PLAN - FOCUS THE UPCOMING 2019 OFFICIAL COMMUNITY PLAN REVISION ON QUALITY OF LIFE, not increasing growth targets to benefit builders

✓  PROTECT AND EXPAND PARKS - INCLUDING ROCKY POINT, BERT FLINN, AND REVITALIZING NEIGHBOURHOOD PARKS to ensure access to our world-class natural areas into the future

✓  PLAN PROPERLY FOR TRANSPORTATION AND FACILITIES - ADDRESS CONGESTION, AND MODERNIZE CAPITAL PLAN so we can fund the next generation of civic facilities without privatizingthe last of our publicly-owned land

To be clear: I am not anti-development.

Our OCP sets an ambitious target for the growth of Port Moody, our region needs housing, and parts of our city are overdue for a facelift.

Now that we are on the cusp of reshaping Port Moody, we need a brighter, more focused vision for 2040 that respects these growth targets, focuses on our quality of life first, and puts our community in the drivers’ seat, letting developers build around our needs, not on top of them.

Going up against an incumbent is a challenge. Especially when your opponent has built a career on large-scale campaign contributions from builders.

That's why changing leadership at City Hall is going to take a grassroots effort to fund lawn signs, events, brochures, and mail outs. Donate what you can, share this campaign, and encourage others to donate.

Together, we can keep Port Moody amazing for generations to come.

Maximum donation $1200CAD, only from individuals who are BC residents, and a Canadian citizens or permanent residents.

See all activity36
NEW Thank you emails can now be sent directly from the Transactions page.
Alternatively you can still leave a comment here. 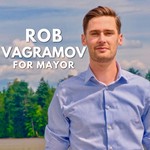 Robert Vagramov Campaign is managing the funds for this campaign.