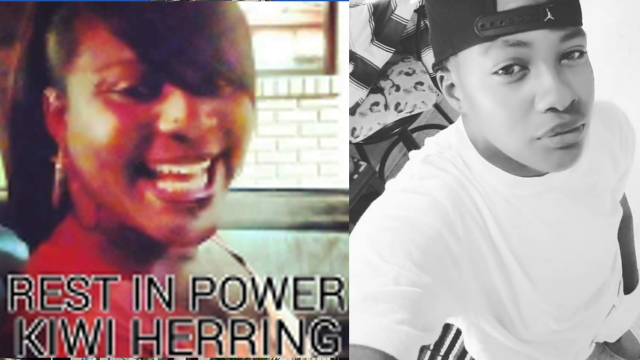 TRIAL UPDATE - the trial scheduled to start this week, August 12, 2019, has been postponed.

UPDATE - After riding the centralized trial docket for months with hundreds of other cases we now have a firm trial date starting the week of August 12, 2019 and have been assigned our trial judge. The first day is likely to be taken up by jury selection, and the evidence should start on Tuesday, August 13, 2019 and be finished by Thursday.

Kiwi Herring was not the only victim of police violence on August 22, 2017 – her wife, Kris Thompson is also a victim. For the crime of being the only eyewitness to Kiwi’s murder at the hands of the notorious St. Louis Metropolitan Police Department, the state is trying to discredit and deter Kris from testifying to the truth - that the police murdered Kiwi in cold blood with no provocation.

"I am the wife of Kenny Lee Herring...better known as Kiwi Herring. My wife was one of a kind who will be and still is truly missed..whose life was taken too soon. Everything came so unexpectedly. My children and I were so unprepared. We never thought my wife would be brutally murdered by St. Louis Law Enforcement, but here we are. Starting today we will not give up. We will pray, but while praying I myself and other supporters will be giving our upmost effort to raise funds for legal fees on order to get justice for my beloved belated wife. It hurts to live knowing I was never financially prepared to defend my wife being murdered. It was unforeseen. God says these things will befall us all. Right now I'm asking I'm praying for support from people who still have a conscience and the heart God blessed us all with. Thank you God bless you."

To deter Kris from testifying against them, they have charged her with Assault in the First Degree and Armed Criminal Action – if convicted, Kris faces a minimum of 3 years in prison with no probation or parole, up to the maximum of 2 consecutive life sentences, for allegedly assisting Kiwi defend them against a much larger neighbor who had been engaged in a violent pattern of hate crimes against their family.

Complicating Kris’s defense to these false but extremely serious charges is the fact that the police department’s own force investigative unit, tasked with investigating Kiwi’s murder at the hands of their own fellow cops, is staffed by detectives who have a history and pattern of covering up police violence against innocents. Not only is Kris’s case serious because the penalty is almost as harsh as a murder case, but the defense also involves investigating Kiwi’s murder.

Kris is represented by Joe Welch, an aggressive criminal trial lawyer with a proven record in defending people and activists who have been falsely accused by the police trying to justify their excessive force. Kris was originally incarcerated on an $80,000 cash only bond, but Joe Welch successfully fought for her release pending trial on these charges.

Kris and Kiwi’s children have lost one parent and now face the possibility of losing another. Please do what you can to help fight this affront to justice and human dignity.  If you can't donate, please spread the word and share this with those who can.

"And in St. Louis, Missouri, friends and family held a candlelight vigil Tuesday evening for Kiwi Herring, an African-American transgender woman who was killed by a St. Louis police officer. Relatives say the police officer shot Herring earlier on Tuesday while responding to a dispute between Herring and her neighbors. On Tuesday night, mourners criticized the police for misgendering Herring in the police report, and disputed the police’s claims that she had attacked an officer with a knife." 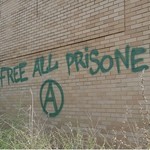 Freeallprisoners.com is managing the funds for this campaign.