No thanks
~ Quentin, Hit by a Truck and Heartworm Positive ~
SubscribeUnsubscribe
✖
Gallery (5) 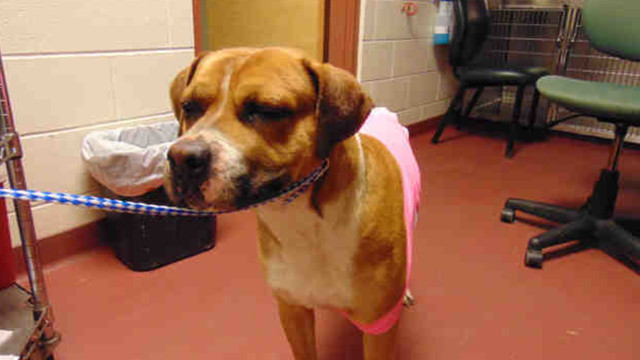 A few nights ago, a delivery driver stopped her car to help a lost, scared dog in the pouring rain.  When he saw her, he was excited to have a little human contact and happily trotted towards her with his tail wagging.  His happiness quickly faded when just moments later, he was struck by a passing motorist who purposely hit him going 50 mph. They never slowed down, even after the fender tore off their truck and didn't stop to see if he was okay.  They sped off into the night without a second thought and it happened so quickly that she was not able to write down their plate number.  Sadly, those responsible will never be held accountable for the horrendous act of cruelty inflicted upon this kind, innocent dog.

Good samaritans called for help, sat by his side and directed traffic around him until help arrived.  He was later loaded into an animal control truck and taken to the local shelter with multiple injuries.  A large open wound was stapled closed and bandaged, he suffered some severe road rash and possible head trauma.  His pupils were not dialating the same in each eye and the left side if his face drooped :(

Little did he know, that his angels would never stop fighting for him.  They wrote a desperate plea for help, which we received and knew that this dog was in dire need of rescue.  We have contacted his shelter and he is joining us here at Tennessee Death Row Dogs, but his struggles are far from over...

He is now known as Quentin and today, we were saddened to learn that he also tested positive for heartworms.  No one has come forward to claim him, so we are sure that he is homeless.  He is injured, heartworm positive and today would have been his last day at the shelter.  However, his luck is changing and there are only dry, sunny roads ahead in Quentin's future.  We intend to focus on that and finding him a family when he is ready that is worthy of his love.  Once he heals from his injuries, we will need to also treat his heartworms so that he can lead a long, healthy life.  We plan to have him thoroughly examined by our vet upon leaving the shelter to learn the extent of his injuries. We are not sure on his exact costs yet, but we know his heartworm treatment and basic medical needs will be at least a few hundred dollars.

Fans, Quentin could use your help.  Our goal is to help those with no hope of making it out of shelters alive, and sometimes the rehabilitation of these dogs costs us a great deal of money.  Quentin will be no exception, but we are more than happy to help him and work to raise funds for his care.  We don't feel his medical issues make him any less deserving of a second chance at life.  Quentin is a very, affectionate dog that needs a few more angels on his side <3  Please chip-in if you can and help one very special guy find his way to a better life!

Donations can be sent via this FundRazr, or by mail to Tennessee Death Row Dogs, PO Box 2134, Mount Juliet, TN, 37174.  We are a 501(c)3 charitable organization and all gifts to our rescue our tax-deductible. 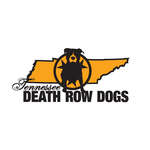