No thanks
Help LocateTheMissing Continue Making A Difference
SubscribeUnsubscribe
✖
Gallery (1) 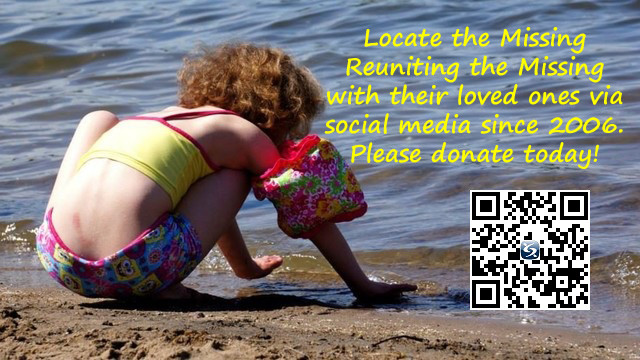 Locatethemissing.com/ needs your help to continue locating the missing and wanted via social media. Please read and donate if you can afford it.  As little as $5, $10, $20 or more can make a huge difference.

Some of our more notable success stories just in the past year alone, along with over a hundred other verified recoveries and captures include: Helping a Wisconsin family discover their new roomate is actually a fugitive sex offender from Indiana.

The identification and capture of an unknown man wanted for filming himself in sexual acts with a two-year-old girl.

The Identification and Capture of one of the FBI's Top Ten Most Wanted Fugitives For Crimes Against Children, an unknown man wanted for molesting young girls in several states: John Walsh and his new show "The Hunt" aired an episode about this case. He was not only identified as a direct result of this page but also captured because of this page.

Johnny Benjamin Napier, was wanted in Montana for molesting a young girl, the FBI had photos of him but did not know his real name. I made three flyers with those photos:

Those flyers generated over 213,000 shares and he was identified because of that flyer after a bail bondsman recognized him as a man she bailed out in child molesting charges in Texas who had since skipped bond.

Once I found out he was identified, I reshared the flyer updating users to his real name and he was captured days later in Springfield, Missouri; by a facebook user who saw the post.

On the show John Walsh said an amazing thing happened, someone saw that flyer on Facebook (and they showed the actual flyer I created) before he even had a chance to profile him on his show and he was captured. No disrespect to John Walsh, but he made more in the ads that ran during that one hour show than I made since starting this cause in 2006. I don't have any advertisers but if I did I would be willing to put their logo on my flyers. Until then, I must keep asking for donations.

What do I do? I create a high quality flyer that can be shared on the web or printed as a poster. These flyers do not make themselves and creating them and running this website requires an immense amount of time. I don't use an app to make my flyers resulting in postage stamp sized photos that you cannot even see what the person looks like. I make the flyers large enough so that when printing as a poster you can still see what the person looks like. Each one is made personally by me requiring much time and research.

Locatethemissing.com (formerly Missingcases.com and Missing), was the true pioneer in implementing the use of social media to aid in finding missing and wanted persons starting in 2006 through the use of MySpace. Many well known news organizations such as USA Today, KELO, Kennebec Journal and The Daily Dot to name a few, have written articles about our efforts and successes.

Locatethemissing.com is dedicated to effectively utilizing social media to locate missing and wanted persons across the United States. Nearly a thousand missing persons and wanted fugitives have been located quickly since 2006 as a direct result of our collaborative effort of simply posting a high quality flyer online to you, our massive network of real people.

Due to the success of our efforts, this organization has skyrocketed in size with volunteers all over America using our social media posts to help locate missing and wanted persons. While we are the most extensive, far reaching system on social media in existence today for the purpose of locating missing and wanted persons, our abilities are tremendously hindered by a lack of financial resources. Currently two individuals run this organization.

While our efforts have been very productive, they have also required a great deal of time, some days anywhere from 8 to 16 hours of work. Everyone knows time is money. No legit missing persons organization runs without funds.

These flyers don't make themselves. Each one requires at the very minimum one hour to make. I don't just go and copy and paste the first news article I find on the flyer. I have to compile info from multiple media sources each telling complete different stories, different heights, weights, police contact numbers, etc. Then I have to verify whether or not the right numbers are being used. I don't just throw the 1st tiny blurry drivers license photo I find in a news article. I spend time searching for recent photos on facebook, instagram and twitter of what the person actually looks like today, not 4 years ago. The key to finding someone is having a good recent photo of how they actually look now.

Then there are other costs for day-to-day operations, such as but not limited to: Updating current cases, following up on leads, training new admins, developing website based applications, software license costs, domain & hosting costs, promoted posts via Facebook advertising in select cases, printing and distributing flyers in some cases, just to name a few vital costs we need in order function.

We make no claim that any donation will be given to any specific missing persons family. The funds are soley for Locatethemissing.com to continue effectively broadcasting these cases to our network of over 2.3 million users on Facebook, Twitter and MySpace.

We are not currently a registered 501(c)(3) but are exploring the possibility of becoming one (that alone costs several thousand dollars) and other means of funding the expansion of our operation such as advertising and sponsorship.

We cannot continue at such a pace without your help and will be forced to limit new posts to only a few a week or less. It's simply impossible for one person to continue putting in 8 and 16 hour days without some type of financial help. Please donate whatever you can, even $5 can make a huge difference.

No amount is too small to give and is greatly appreciated. Your donation is a highly treasured resource, and we are dedicated to our mission of improving the society we live in. Every penny is used wisely and carefully, as I am dedicated to this noble mission. 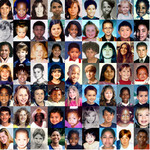 LocateTheMissing.com is managing the funds for this campaign.