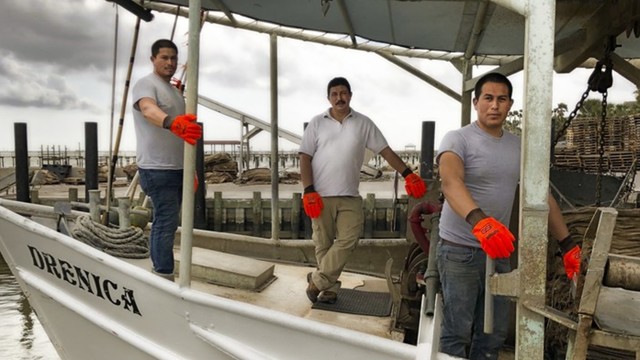 What’s bright orange and has eight fingers and two thumbs? Fishermen in the Gulf of Mexico, thanks to donations from people and organizations to the Gulf Seafood Foundation’s (GSF) “Helping Hands” effort providing work gloves to Gulf fishermen affected by Hurricanes Harvey and Irma.

More than 1000 pair of foam insulated and fleece-lined work gloves have been delivered to Houston (GSF) Board member Raz Halili of Prestige Oyster’s. The fluorescent orange PVC coated gloves with dark brown wristbands are imprinted the Gulf Seafood Foundation logo and the hashtag “#helpinghands.

“These gloves are perfect for our Gulf fishermen,” said Halili after receiving the shipment. “Work gloves are an important part of everyday life on a fishing vessel. We hope they will remind those working hard to provide the best seafood in the U.S. to customers around the world that they are not forgotten.”

Halili, and GSF Board member Ewell Smith, are currently formulating plans to distribute the gloves. The two Co-Chairs of the Foundation’s Charitable Committee want to get the gloves on the hands of fishermen in Texas and Florida first, and then distribute the remaining gloves across the Gulf.

“We are not a large organization but we wanted to do something that all our fishermen could appreciate,” said Jim Gossen, Chairman of the Foundation. “I want to thank everyone who made this possible. Every dollar we received from donations was spent on this project and it is our hope that we can make this an ongoing program.  We also would like to thank Dallas based Mprinted.com for working to provide these gloves for our fishermen.”

One of the largest donors to the program came from a Louisiana company. Portion of proceeds from The Oyster Bed’s new sizzling steak plate “The Steak Bed” were donated to the “Helping Hands” project.

At the launch the company created a coupon code – “HelpingHands” – to save customers 10% on The Steak Bed orders from The Oyster Bed’s website. A five-dollar donation was made to the Gulf Seafood Foundation for each order.

“Five dollars may not seem like a lot, but that is a pair of gloves for a fishermen,” said Tommy Waller, who founded the company with his brother Adam. “Fishermen go through three or four pair a week, that’s more than $75 a month they could have used to repair their flooded home, feed their kids, or pay their mounting bills.”

“Last year was tough for Gulf fishermen,” said Joaquin Padilla, a Texas oyster fisherman who was among the first to receive gloves. “I appreciate the efforts of the Gulf Seafood Foundation to provide a little extra assistance when we need it most. I will wear these and remember there are good people out there looking out for us.”

The Foundation is also planning to distribute a few gloves to chefs across the Gulf who continues to unselfishly support Gulf fishermen. “We would like to our gloves on the hands of some of the best restaurant oyster shuckers,” said Ewell Smith. “We are also hoping to get chefs to autograph the gloves and auction them off to raise more money for our fishermen.”

In addition to distribution to Gulf fishermen, the Foundation is planning on sending gloves to fishermen in Puerto Rico who were also severely impacted by Hurricane Maria. “This is just the first step to help our fellow fishermen on the island,” said Board Member Harlon Pearce.  “We are in the process of initiating a fund where proceeds will go directly to Puerto Rico fishermen.”

Distribution of the gloves is set to begin in late February or early March. “We would love to hear from fishermen across the Gulf who need these gloves so we can get them on their hands,” said Gossen. “Future donations to this project will not only go to continue to ensure that that Gulf seafood remains in good hands, but assist fishermen. A small donation goes along way.” 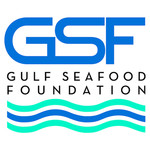 Gulf Seafood Foundation hasn't posted any updates yet.
Newest | Oldest
Show more
NEW Thank you emails can now be sent directly from the Transactions page.
Alternatively you can still leave a comment here.