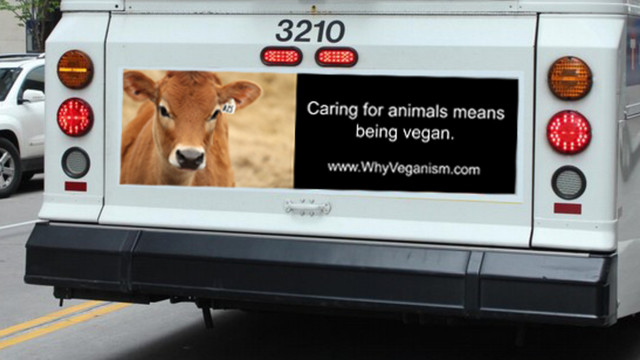 $5,000 raised 100% of $5k goal
11 contributors
4 Years running
Contribute
By The Advocacy of Veganism Society
Verified organization Keep it all
Eden Prairie, MN, US

The Advocacy of Veganism Society hasn't added a story.

My name is Sarah K. Woodcock, and I am the Founder and Executive Director (volunteer) of The Advocacy of Veganism Society (TAVS). TAVS is an all-volunteer organization that promotes veganism as an ethical position against animal exploitation, and we want to expose millions of people to veganism to help animals.

Nonhuman animals are being exploited and killed by the billions per year which results in an unfathomable amount of unnecessary suffering and killing. But veganism can end that!

Please help fund our national vegan bus ad campaign to expose millions of people to veganism. We kicked off our vegan bus ad campaign in Minneapolis, Minnesota (where Sarah lives) in January 2016. We are using what we learned from that and expanding it to other major cities in the United States including New York, Los Angeles, Chicago, Houston, Philadelphia, and more (depending on how much funding we get). In some cities, like New York City, where subways are more predominant than buses, we will do subway ads or other high-impact ads. With one 4-week ad campaign which will cost around $5,000, we will be able to expose hundreds of thousands of people to veganism. And when we do this in multiple cities, we will be able to expose millions of people to veganism. The ads lead to our beautiful and informative WhyVeganism.com website where we offer free veganism starter kits. We are trying to raise a total of $50,000 to pay for vegan bus ads in 10 cities, to start with.

Here are the campaign Milestones:

Vegans, let's do this! Please contribute everything you can, and/or share, share, share our campaign with your vegan friends, family members, and groups so we can end nonveganism!

After you contribute, you can track the progress and see photos of our national vegan bus ad campaign here:

If you are not already vegan, please learn about veganism here:

Thank you so much for your support and for helping animals!

TAVS - The Advocacy of Veganism

Q: How can I donate without a credit card?
A: You can mail a check to:
The Advocacy of Veganism Society
Attn: Vegan Bus Ad Campaign
PO Box 44875
Eden Prairie, MN 55344

Q: What happens if the total goal of $50K is not reached?

A: If the goal is not reached in time, we will keep the campaign active until it is. And we can (and will) still use the funds we have raised to do as many cities as we can. We are thinking big and plan to keep it open until the goal is reached and do other cities and countries as well.

Q: Will the displayed banner be the only one, or will there be different ones? I.e. with varying text and photos.
A: This is a sample image that we may not use, but we will use different animals (e.g. cow, pig, chicken, turkey, etc.) and different phrases (ALL vegan phrases leading to vegan information). Our ads are subject to approval by the bus company. We will, however, only run ads that promote veganism as the moral minimum.

Subscribe to receive updates by email.
The Advocacy of Veganism Society hasn't posted any updates yet.
Newest | Oldest
Show more 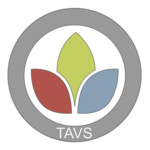