Thank you everybody. Our campaign is now over. ✕
Mathieu-Chua Duo: Debut CD 'True North'
✖
Gallery (3) 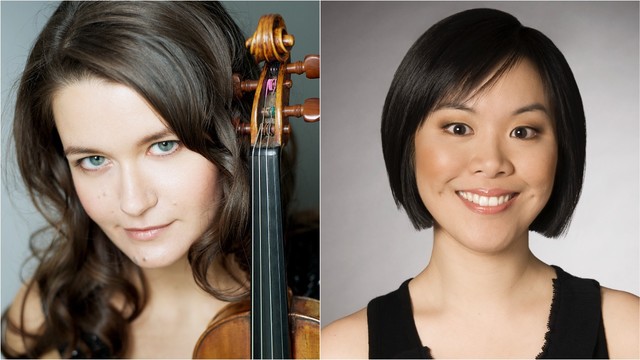 Welcome to our campaign! Thank you for stopping by to check out our page and to find out a bit more about our project True North.

True North is our debut CD slated for release in the Spring of 2017 on the Centrediscs/Naxos label in Canada. Our album is a culmination of the artistic trajectory and musical goals of our duo’s past four years of developing and performing contemporary Canadian repertoire for violin and piano. Since our inception in 2012, we have quickly developed several recital programmes of Canadian music featuring composers from across the country and works spanning one hundred years.

A little bit about us (a short bio)

Mathieu-Chua Duo comprises violinist Véronique Mathieu and pianist Stephanie Chua. They are dynamic and compelling artists who champion contemporary music of emerging composers alongside those that are internationally established, as well as relish in re-introducing the works of forgotten composers of the Baroque, Classical and Romantic periods to a new audience. Véronique and Stephanie are two rising soloists who blend their distinctive personalities together to create a singular musical voice.

Meeting in 2012, the duo has quickly established themselves in Canada. They have presented recitals across Canada, including at Music Toronto’s Discovery Series, Sound Symposium XVII (St. John’s, NF), Ottawa New Music Creators, and 5-Penny New Music Concerts (Sudbury, ON). They have also presented outreach performances at the Royal Conservatory of Music’s Music Champion Celebration (Peterborough, ON) as well as the Canadian Music Centre’s New Music In New Places. Performances last season included a tour of Quebec and Ontario with recitals at Palais Montcalm (Quebec City), University of Ottawa, and University of Western Ontario (London) as well as recitals at the COC’s Richard Bradshaw Ampitheatre (Toronto) and the Hart House Sunday Concert Series (Toronto). In their short history together, Véronique and Stephanie have commissioned and premiered a number of works by emerging Canadian composers including Gabriel Dufour-Laperrière, Brian Harman, Emilie Lebel, Adam Scime, and Caitlin Smith, and established composers Alice Ho (Canada) and David Vayo (USA). They have collaborated with the composers of Spectrum Music (Toronto, ON) and Canadian-born, Brooklyn-based interdisciplinary artist Karen Ostrom to present 'Patent Pending', an installation, animated film accompanied by live music at CONTACT Photography Festival (Toronto). 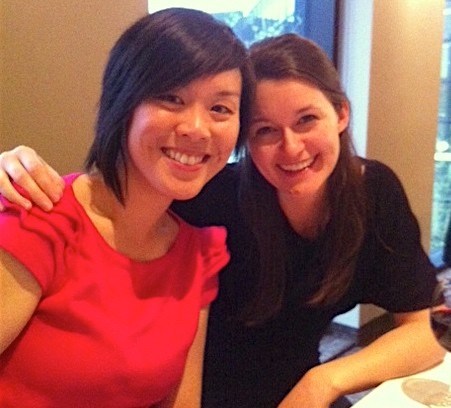 What’s on the recording?

True North showcases key Canadian works in our repertoire. Styles explored cover the gamut of contemporary aesthetics from a Neo-Romantic three movement sonata to a work in mobile form with a fixed electronic track to a virtuosic encore piece. As long-time performers of contemporary music, we understand that a definitive recording is an important tool to future performances of a work and a reference for teachers. Without the aid of a recording, many contemporary works can lack authentic interpretations with which to inspire subsequent performances.

These are also works we enjoy playing and want to share with as wide an audience as possible! Each piece highlights a different aspect of our music-making and facet of our personalities.

The works on the recording are:

Listen to our performance of Adagio by Heather Schmidt.

What is the money for?

This is one of our biggest projects -ever! Our crowd-funding campaign comprises 30% of our overall budget. It is an essential part of our recording. The funds raised here will support the post-production costs of True North: editing and mastering fees, graphic design of the booklet, and manufacturing of 500 CD’s. We have contributed our own personal investments and have been lucky to have received support from the Canada Council of the Arts. Our first two recording sessions have already been completed this August with a third scheduled in December. The funds raised here will help move us towards the finish line of completing and releasing our recording.

We’ve come up with some perks for different levels of contributions to help get you started. These range from our eternal gratitude for your financial gesture to giving an institution (school, retirement residence, or hospital) an outreach concert to an intimate recital at your place.

for taking the time to visit with us. We deeply appreciate your time and any support you can give. If it cannot be a financial contribution at this point, we would love for you to help us spread the word about True North and this campaign.

Activity highlights See all36
NEW Thank you emails can now be sent directly from the Transactions page.
Alternatively you can still leave a comment here.

Stephanie Chua hasn't posted any updates yet.
Newest | Oldest
Show more
NEW Thank you emails can now be sent directly from the Transactions page.
Alternatively you can still leave a comment here.

$5 CAD
Thank-you!
We appreciate your donation. You have our eternal gratitude!
More ... Less ...

$10 CAD
Download Card
A single-track from our recording mailed to you.
More ... Less ...

$25 CAD
Invite to CD Launch plus Download Card
An invitation to our private CD launch (Spring 2017) in Toronto and a single-track download card.
More ... Less ...

$50 CAD
CD plus Invite OR Liner Notes Acknowledgement
An invitation to the CD launch in Toronto (Spring 2017) OR an acknowledgement in the liner notes of CD booklet. Plus a physical copy of the CD.
More ... Less ...

$100 CAD
CD, Liner Notes & Programme Acknowledgement
A physical copy of the CD plus acknowledgement in the thank-you's section of our liner notes and all duo concert programmes during the 2017/2018 season. As well as an invitation to our CD launch in Toronto.
More ... Less ...

$250 CAD
Give the Gift of Music
A one-hour outreach performance at an institution of your choice (either school, hospital or retirement residence) within the GTA and with a piano or keyboard on-site. (Date to be agreed on between venue and performers.) As well as all perks available to the previous level.
More ... Less ...

$500 CAD
More music to share!
5 physical copies of the CD plus acknowledgement in the thank-you's section of our liner notes and all duo concert programmes during the 2017/2018 season. As well as an invitation to our CD launch in Toronto with a guest.
More ... Less ...

$1,000 CAD
Private House-Concert
An intimate, private concert at your place! (Must be located within the GTA and have a piano on-site. Date to be agreed on between you and us.) As well as all the other perks of the $100 level contribution.
More ... Less ...

Stephanie Chua is managing the funds for this campaign. The campaign is for a personal cause.