Thank you everybody. Our campaign is now over. ✕
Rebelutionary_Z's St. Louis Coverage & Beyond
SubscribeUnsubscribe
✖
Gallery (2) 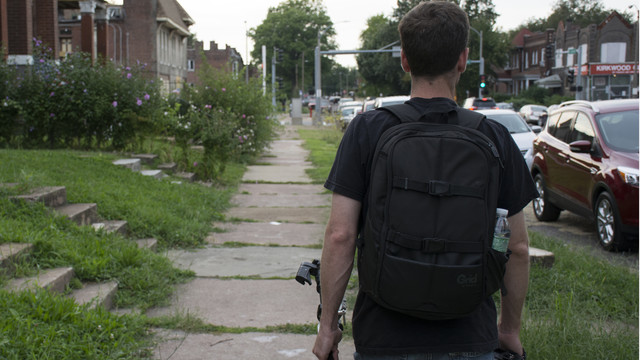 For those of you that don't know me, My name is Jon. I've livestreamed throughout the last 5 years as @Rebelutionary_Z all across the country. I can still remember the first protest march I streamed in Chicago back in 2012. I had my phone, my battery pack and my Ustream app and I went live. It didn't take me long to realize the power of live-streaming. The engagement with the audience adds a layer to news you can't get anywhere else. I still know some of the first people to pop up in my chat. And as a livestream watcher myself, I understand the feeling of "being there" with the streamer and experiencing what they go through.

In August 2014, I was watching the news, tweets & streams coming out of Ferguson after Mike Brown was killed. After 2 weeks, I became frustrated with the lack of coverage from the peoples perspective. I took 2 weeks off of work and drove out from Rockford, IL the next day. I ended up living in St. Louis for the next 7 months. From my first night in town (The night I filmed and named #OfficerGoFuckYourself) to the tear gassing of Mokabees Coffee shop, I have brought you the unedited truth from around STL city & county.

In November 2016, I took my audience to Standing Rock. I have been toe-to-toe with riot police all over the country, but never experienced anything like Morton County Sheriffs. I was shot 3 times with "bean bag' rounds, once on my camera hand, which nearly separated my pinky. It was recently documented in the US Press Freedom Tracker.

I took the next 6 months off to recuperate mentally & physically so I would be ready again when needed.  It just so happens, that time would be #Charlottesville. This work is never easy, but especially when you're speaking of witnessing a terrorist attack & murder happen right in front of me.

After Charlottesville, there is no going back to "normal" work for me. Knowing the larger story that deserves to be told in St. Louis, there is no better place for me to be right now than here to cover the Jason Stockley murder trial.

I appreciate any support you can provide, and thanks for keeping these stories alive.

You can also donate directly to me on PayPal

To help with gear, you can ship me something directly from my Amazon Gear List here.

Jon Ziegler is managing the funds for this campaign. The campaign is for a personal cause.