No thanks
Lets kick off MediAnarchism!
✖
Gallery (1) 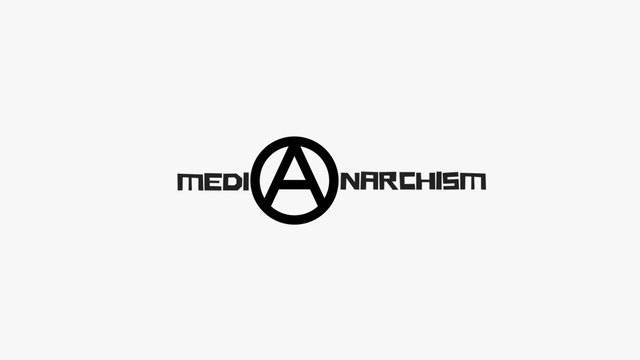 We are MediAnarchism, four people from different backgrounds and places who want to provide an alternative media outlet, one separate of the corporate media that is so prevalent in the modern day. Whether it be liberal or conservative, the media is owned or influenced heavily by the corporations of America, the United Kingdom, and the rest of the west. So does it come to any surprise when these same media outlets come to the defense of corporations and the state? When they try to castigate the victims of oppression and capitalism, and promote the very system many people fight everyday, we don't stare in shock. Alternative media must be in place, media that reveals and combats capitalism and statism in society. MediAnarchism strives to not only provide news and information separate from corporate interests, but also provide media in general with videos posted on an affiliated YouTube Channel (which will range from news and information to tutorials and instructional videos), as well pamphlets and/or posters that are available for reading and printing to people visiting the site, and a monthly/bi-monthly zine that will be a mix of news/information and instructional content. The money will be used to pay for the first year of the WordPress subscription (which is roughly $100 a year), and other tools and media sources that we will use such as Canva (roughly $100 a year as well), Alamy Photos (which would cost us on a photo to photo basis), etc. So we ask for your help, your help to spread information about the resistance, and even resistance itself. We all have a part to play in changing the world, in making a difference. Maybe this can be yours, helping us help and inform others, and helping us spread the revolution in all its forms.

Media Anarchism hasn't posted any updates yet.
Newest | Oldest
Show more
NEW Thank you emails can now be sent directly from the Transactions page.
Alternatively you can still leave a comment here.

$20 USD
A Thank You
We will write a personal letter, as a collective group, to you, and thank you for the help you've offered us to kick things off. You are the brick of this stonewall.
More ... Less ...

Media Anarchism is managing the funds for this campaign. The campaign is for a personal cause.