Thank you everybody. Our campaign is now over. ✕
Help Amabile Choirs to “Sing Your Song”
SubscribeUnsubscribe
✖
Gallery (6) 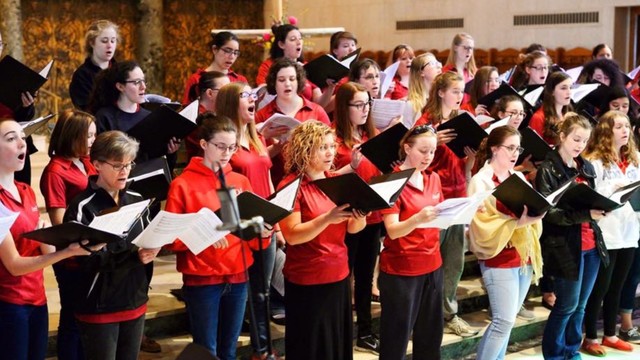 It's your last chance to support production of a piece of Canadian history as the Amabile Choirs of London, Canada's six touring choirs have recorded and will release 16 amazing works, including pieces in tribute to Amabile co-founder John Barron, and long-time conductor Ken Fleet.

The recording will be available in both regualr CD and 5.1 surround sound Pure Audio Blu Ray!

We've extended the campaign for one final as we need your help going forward with this significant project. We are in the editing of the session right now, and once the mastering of the recording is completed this summer by recording engineer, Geoff Warder, we’ll share one of the tracks with all of our champions. There are a variety of other Perks to acknowledge the generous support of our champions at different levels of support - and with each perk, the donor receives a Canadian income tax-deductible receipt.

This 100% Canadian recording will be released on the Canadian Music Centre label, Centrediscs, in January to celebrate Canada's 150th birthday!

All of the works are by renowned Canadian composer and former Amabile Choirs’ Composer-in-Residence, Matthew Emery. His music has been published by no fewer than a dozen international publishing houses and later this spring, Matthew has several premiers across North America: from Calgary, Kingston to, Vermont to Virginia and special premiere at the White House in Washington D.C.

From the composer: "The CD representing a complete journey from chorister to professional, singer to composer; moments of clarity and connection within the choir - commissioning works, premiering works, works in memory of John and music inspired deeply by Ken. The idea that there is beauty in the ordinary or the everyday is something that I try to capture in my music."

Emery’s choral music is evocative of varied moods, experiences, influences from across Canada the world, and heartfelt melodies. You won’t want to miss being a part of this opportunity. 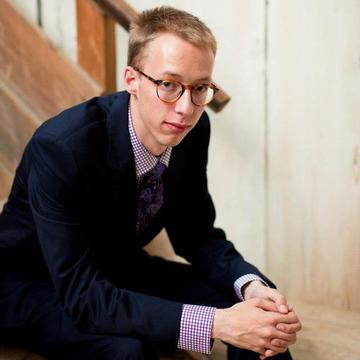 $25 CAD
Pre-Release Digital Download
Once the recording is completed and the 16 tracks are edited, produced and mastered, we’ll share one of Matthew's compositions as a perk, with all of our champions, plus a Cdn tax receipt for $25.
More ... Less ... 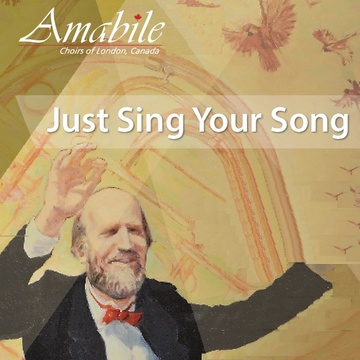 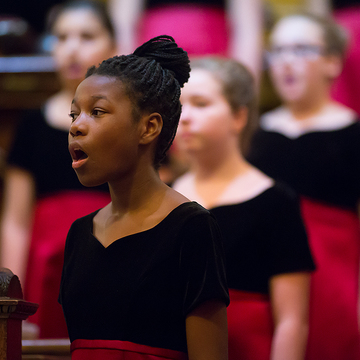 $100 CAD
all previous Perks + Amabile Concert Tickets
You'll receive all of the previous Perks + a pair of tickets to a 2017 Amabile Choirs regular season concert + a Cdn Tax Receipt for $58.71
More ... Less ... 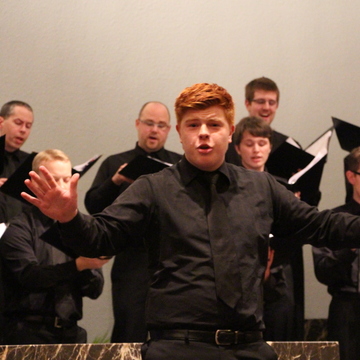 $250 CAD
Gold Supporter
You'll be acknowledged in the CD liner notes as a Gold Supporter of "Sing Your Song" + one of the first copies of the CD + a family four-pack of tickets to a regular season Amabile concert + a commemorative Behind The Scenes photo book of the recording of the CD + a Cdn Tax Receipt for $178.00
More ... Less ... 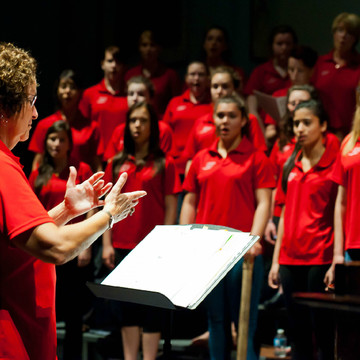 $1,000 CAD
Associate Producer
You'll be acknowledged as a Associate Producer in the CD liner notes + a family four-pack of tickets to a regular season Amabile concert + a Behind The Scenes photo book of the recording of the CD + you will **Conduct one of the CD's pieces at a spring Amabile concert + a Cdn Tax Receipt for $518! (** includes a 45 min conducting lesson. You may choose the choir you want to conduct and the artistic director will select the piece. Limited to one champion per choir.)
Read more
More ... Less ...
Recent contributions
Show more
Browse View Slideshow Add Hide comments Comments ✕ 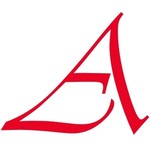