No thanks
Elect Green New Deal Champions in Seattle!
✖
Gallery (1) 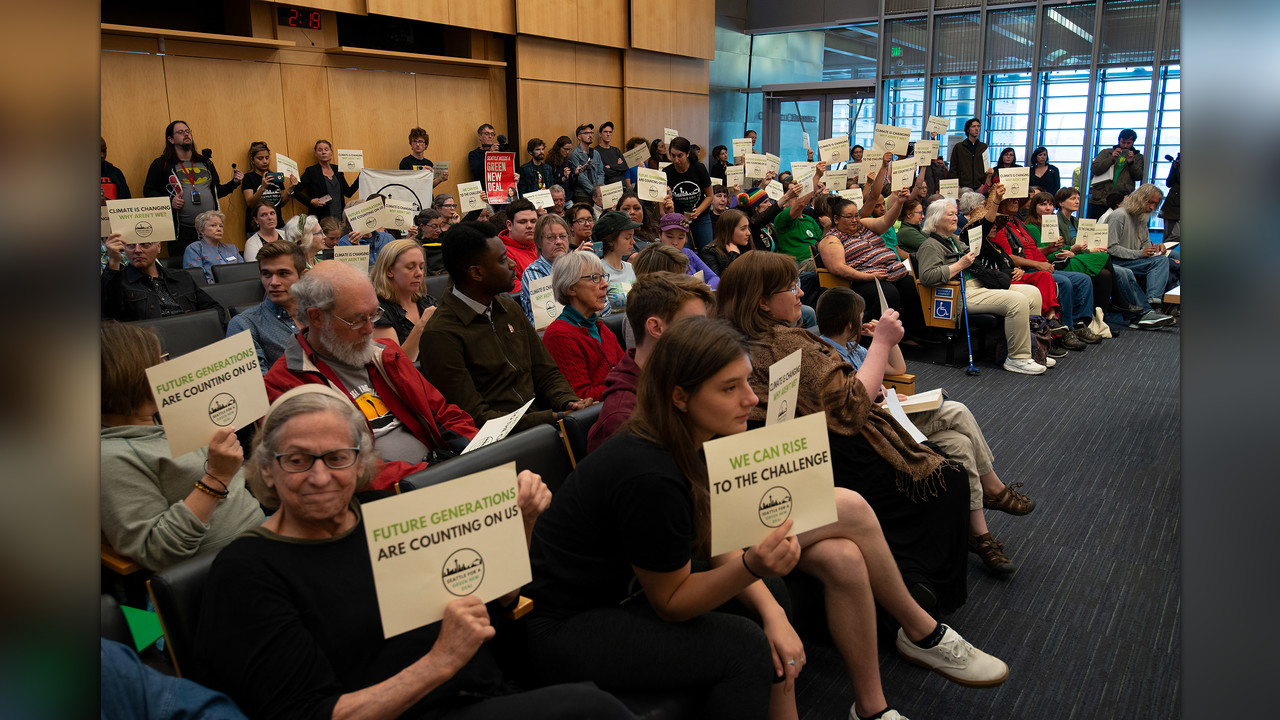 Help us raise $15,000 for 350 Seattle Action Voters' work this summer and fall to elect Green New Deal champions and to educate our community about why we need a Green New Deal.

Our limited engagement with local elections in 2019 showed us how local elections are a powerful opportunity to both continue building the narrative for Seattle’s Green New Deal and move soon-to-be-elected leaders to take bolder climate positions.

While electing GND champs is always important, it’s especially significant this year with the Mayoral seat up for election. Mayor Durkan has redefined the role, setting a new precedent in which the Mayor can simply refuse to spend funds as directed by City Council. This means that when it comes to city budgets, distribution of federal stimulus funds, spending from progressive revenue measures like JumpStart Seattle and more -- where the Council previously set spending -- the Mayor now plays a deciding role. As Seattle’s Green New Deal calls for transformative community investments in affordable housing, transit, clean buildings and more, having a GND champs for Mayor as well as the two citywide City Council positions is key.

Our analysis of Seattle voter data from 2016-2020 shows that there’s a huge “missing youth vote”, and that activating this block of voters under 35 for Seattle’s Green New Deal could transform the local political landscape. For instance, in 2017 Mayor Durkan beat progressive candidate Cary Moon by less than 30,000 votes. If youth (<35) voted at the same rate as people over 50, there would have been an additional 90,000 votes in that election-- with good organizing, it’s easy to imagine how the progressive candidate would have won.


How we'll use your donation

Why now is so important

This year we are simultaneously organizing to help elect GND champions this year and experimenting with strategies and tactics to be ready to play a decisive role in the 2023 local elections, when 7 of 9 City Council seats are up. The more people we can reach this year and get engaged in the Green New Deal vision, the more people we can organize over the coming years to realize Seattle’s Green New Deal — to win community investments in healthy neighborhoods for all, create thousands of good green jobs, and eliminate our city’s climate pollution by 2030.

Note: Donations to 350 Seattle Action Voters are not tax-deductible. Foreign-influenced corporations may not make donations. If you'd like to make a tax-deductible donation, you can donate to www.350seattle.org/donate, our 501c3 sister organization that does not engage in electoral politics.

NOTICE TO VOTERS (Required by law): This advertisement is not authorized or approved by any candidate. It is paid for by 350 Seattle Action Voters, 5031 University Way NE, Seattle, WA 98105.