No thanks
HELP DAVID BEAT THE FRACKING GOLIATH…
✖
Gallery (7) 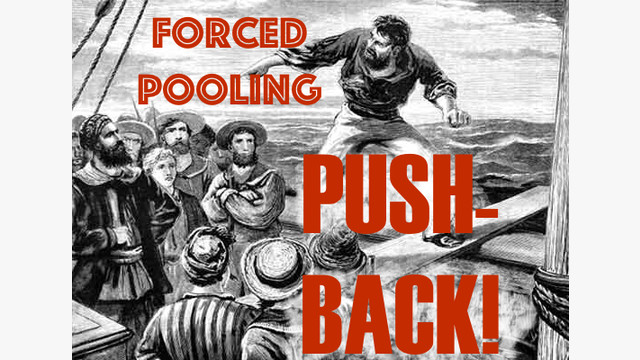 $1,045 raised 3% of $35k goal
3 contributors
3 Years running
Contribute
By Citizens Allied for Integrity and Accountability, Inc.
Organization campaign Keep it all Boise, US

TO CONCERNED CITIZENS ACROSS THE COUNTRY:  We believe we are poised to make a MAJOR difference in the fight – nationwide – against the petroleum industry’s ongoing attempts to quash the private citizen’s most basic civil liberties, including:

Idaho is one of the last states for oil/gasfield development – and the first applications to ‘force-pool’ mineral rights owners (the State forcing mineral owners to allow extraction of their oil & gas against their will) have been approved in the little town of Fruitland in southern Idaho’s agricultural Payette County.  We’ve been on it, from the beginning…   And it does have something to do with you, wherever you are.

Currently, Idaho state law requires only 55% of mineral rights acreage to be leased before a company can trigger compulsory leasing in Idaho.  And those ‘deemed leased’ (those who refuse to sign O&G leases) have no protections from encroachments of oil & gas activities/infrastructure on the surface of their property, other than minimal setbacks from their homes.  THIS MUST NOT STAND.  Though courts upheld the practice of force-pooling for decades, it supposedly must be under terms that are “just and reasonable”…  And yet such applications are approved without requiring just and reasonable grounds, and compensation, for the true costs to citizens of oil & gas development.  Despite the outrageous nature of what amounts to a taking of private rights (for businesses’ gain), in mature O&G states, where this tactic is entrenched, few legal challenges to forced leasing itself have been made.

This doesn’t affect only Idaho, where tens of thousands of acres of State mineral rights (mostly split-estate), private land, and now federal land have quietly been amassed by a few wildcat development companies.  Across the country, on millions of acres of land, the minerals underlying our private and public properties have been leased out from under us – and compulsory leasing, with the addition of abrogation of surface rights, is an industry standard.

In 2015, a handful of us in the counties with the most leasing/drilling action formed a non-profit group called Citizens Allied for Integrity and Accountability (C.A.I.A.).  Our goal was not to ‘overthrow’ the industry which has been a supplier of our energy needs for over a century, but rather to halt the spread of dangerous extraction operations within our communities which has created sacrifice zones here, and across America from coast to coast – especially as a result of force.  We are determined to defend our property rights, property values, health, safety and critical resources from the negative impacts of irresponsible oil & gas operations.

When the very first forced pooling applications were filed in 2015, we moved:  A number of us pooled financial resources, and WE HIRED AN EXCELLENT LAWFIRM TO COUNTER THESE APPLICATIONS.

BECAUSE OF OUR LEGAL CHALLENGE, FORCED POOLING WAS STOPPED DEAD IN ITS TRACKS until an egregious citizen slap-bill was passed during the 2016 Idaho legislative session which streamlined forced pooling applications by essentially removing due process from the proceedings.

New forced pooling applications were filed just after Thanksgiving 2016 – and C.A.I.A. QUICKLY RESPONDED WITH LEGAL SUPPORT FOR THOSE WHO WISHED TO OFFICIALLY CONTEST THE FORCED LEASING ACTION.  And importantly, our legal team approached the administrative hearing process with the focused intention of laying the groundwork for future legal action at higher levels.

WE ARE NOW CONTINUING THIS CHALLENGE IN IDAHO FEDERAL DISTRICT COURT, ON CONSTITUTIONAL GROUNDS – and we have several experienced attorneys around the country who agree with our legal team that we have a good chance of winning there and setting a precedent that can then be used to defend other communities across the nation.

Our constitutional attorney believes that a challenge focused on procedural fairness can succeed where substantive fairness challenges have failed.  The state has ensured that we can’t ban drilling in our communities; but:  “Our challenge will focus on the narrow right to demand that the state take into account provable costs and benefits of oil and gas exploration… to ensure that citizens and non-governmental organizations have the right to make the oil and gas industry pay for the true costs of their activities rather than forcing those costs onto homeowners.”

Now we are at crunch time.  We have (with the help of many Supportive Members) invested over $32,000 dollars to date to challenge this truly outrageous ‘normal’ procedure, whereby companies, and state government, can quash the basic rights of property owners who are blindsided by the realities of forced pooling and neighborhood drilling.  But – to succeed, we will need enough money to get us through to the end of our case.  (We’re about halfway there now, both in time and money.)

This pertains to you, because OUR EFFORTS WILL LIKELY BE A WIN FOR ALL OF US, across the country – not just in Idaho – as new precedents are set in law.

C.A.I.A. is David.  To take on Goliath, we are reaching out to you, our fellow citizens and activists – who care about our collective rights to enjoy our homes, health, and the wonderful communities we all call home across our nation. 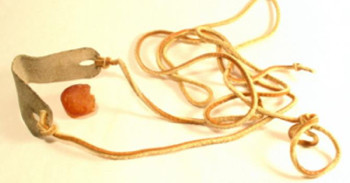 WILL YOU HELP US FIGHT BACK, knowing that if we’re successful in achieving this legal precedent, it will help YOU fight back in YOUR communities?

We seem to be placed uniquely in Idaho, being just on the edge of the precipice that so many others have slipped over…  But we have learned from many of you!  And we will do all we can to use what we’ve learned for the benefit of all of us.  (Please, by the way, make use of whatever you find on our highly informative website, including many handouts we’ve prepared for distribution at our forums.  See www.IntegrityAndAccountability.org – and www.facebook.com/IntegrityAndAccountability for both local and nationally-focused articles and news.)

Thank you, thank you, THANK YOU for your donation! – as an organization, as an individual.

(We volunteers do not take a penny from C.A.I.A. donations.  We also continue to educate our fellow citizens and officials, encourage the establishment of protective ordinances and put on fundraisers here locally.)

Thank you for passing the link to this page to others in your network.  (And thank you for all that you do!)

WE CAN DO THIS!  We just need your help.

Sincerely,
Shelley Brock
for the C.A.I.A. Board of Directors 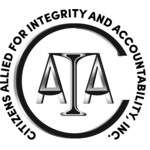 Citizens Allied for Integrity and Accountability, Inc. is managing the funds for this campaign.