✕
Michael Weinhart would like you to see Help support Lauren to stand up for her beliefs in the face of Creighton.
Please contribute now

No thanks
Help support Lauren to stand up for her beliefs in the face of Creighton.
SubscribeUnsubscribe
✖
Gallery (1) 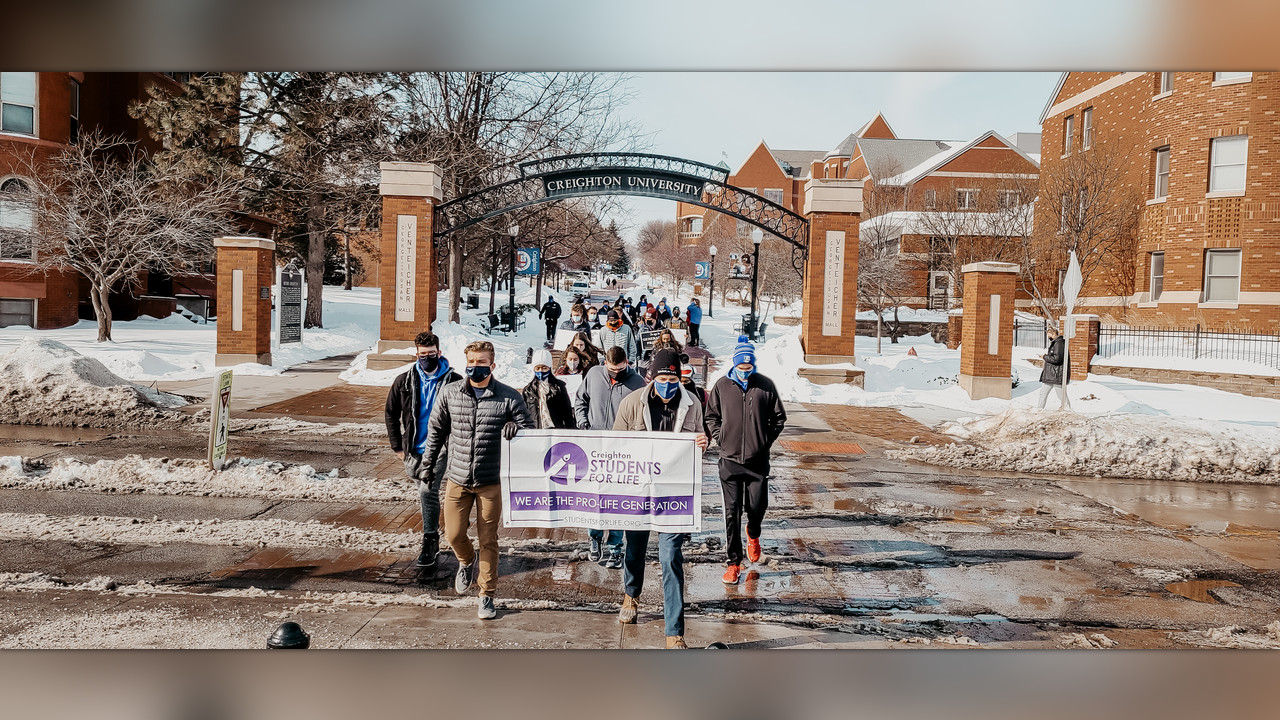 Lauren Borcyk (Ramaekers) was administratively unenrolled from Creighton University on September 7th for declining to receive the Covid-19 vaccine. She declined the vaccine due to medical and religious exemptions, both of which were rejected by the university. Lauren conscientiously objects to the vaccine because of her strongly held religious beliefs which include her disapproval of abortion and any act that takes advantage of abortion. These vaccines have used fetal cells derived from abortion in their research, development, and/or testing which is unconscionable to Lauren and a great number of other Americans.

As a result, Lauren will not be able to finish the last three classes she needs to earn her undergraduate degree at Creighton. She was scheduled to graduate in December 2021 with a degree in Psychology and Spanish. Unfortunately Creighton has done much more than simply unenroll Lauren. Creighton has retaliated against Lauren and other students who have declined the vaccination by prohibiting them from stepping foot on campus for any purpose, including attendance at Mass, attending events such as public talks and sporting events, or even visiting friends. Creighton does not prohibit other unvaccinated people from being on campus, just the students who declined to be vaccinated.

Lauren was the president of Creighton Students for Life on Creighton's campus at the time of her unenrollment. This club educates other students on the sanctity of life and the dignity of the human person, works to make the campus a friendly campus for parenting students, and brings a large number of people to the March for Life each year .

Lauren strives to live her faith each day and finds it abhorrent that a Catholic institution has forced Lauren and other students into a situation where they must decide between their education, their career and their deeply held religious beliefs.

Lauren's unenrollment from Creighton left the students for life club in disarray as the students who remain have had to take over her responsibilities in leading the group as well as their own positions.

Lauren needs your support. Creighton unenrolled her after the date set which allows her to receive a full refund on her fall tuition. Creighton continues to demand that Lauren pay the remaining tuition, even though it was Creighton’s choice to unenroll her. Unfortunately, there is more. Creighton now refuses to release Lauren’s transcripts. This prevents Lauren from pursuing her education somewhere else. As a result, Lauren’s education and her career is being prevented by a powerful Catholic university. Her well-deserved scholarships at Creighton were taken away and she was left with no education after her years of commitment and work.

Not only has Lauren been denied the ability to graduate in December 2021, she has found that she would have to start as a transferred sophomore at any other institution she has contacted. This would require her to incur a large amount of expense to take or retake additional credit hours at the new educational institution.

With the potential loss of her undergraduate education, she is also unable to attend graduate schooling for counseling as she hoped to work as a marriage and family counselor at a pregnancy resource center in the future.

This lawsuit (Ramaekers v. Creighton) first began in conjunction with several other Creighton Students who were unenrolled much like her. That lawsuit has been appealed to the Nebraska Supreme Court. Thanks to everyone who contributed to that ongoing effort. While that original lawsuit progresses, she and many others are in the process of filing individual lawsuits against Creighton for both damages and to finish her education.

Her attorney, Robert Sullivan, has represented Lauren since she was unenrolled. However, the cost of the lawsuit comes at a great price. Lauren would greatly appreciate the help of anyone willing to contribute. Regardless of one's opinion on the vaccine, it is evident that Creighton treated her unjustly and that she deserves to be treated with respect. That being said, this is not a political issue. This is an issue regarding the University's treatment of their students.

The funds raised on her behalf are to be used for any litigation fees she will need to pay her hard-working attorney throughout the process. Excess funds will be contributed to Omaha's Essential Pregnancy Center.

Lauren Borcyk is managing the funds for this campaign. The campaign is for a personal cause.