Thank you everybody. Our campaign is now over. ✕
Relief Fund for Lahore Church Blasts
SubscribeUnsubscribe
✖
Gallery (4) 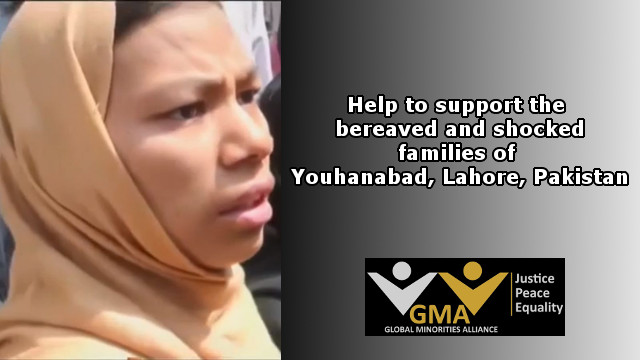 Global Minorities Alliance vehemently condemns the utter negligence of Government and its on-going blatant disregard of the protection of religious minorities in Pakistan, which is a cause of grave concern for people everywhere.

On Sunday March 15 2015, the peaceful worship of the largest Christian community in Punjab was disrupted by atrocious terrorist attacks. The Christian community of Youhanabad, Lahore​ had been the target of two suicide bombings in two churches which killed 15 people and left more than 70 injured.

GMA’s Chief Executive, Manassi Bernard commented: “Pakistan Government has failed on number of occassions to protect religious places inspite of consistent requests from local churches which, has contributed to these fresh violence and the irreplaceable loss of innocent lives.”

Mr Bernard further maintained that: “We can not imagine the trauma of families who lost their loved ones during the recent attack and we extend our condolence to the bereaved families.”

GMA has been contacted by its affiliates on ground in Pakistan who described the dire need to support the families of the victims. This campaign is in response to this call. 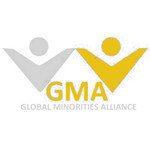