Thank you everybody. Our campaign is now over. ✕
Reece 'The Tumournator' Hawley
✖
Gallery (1) 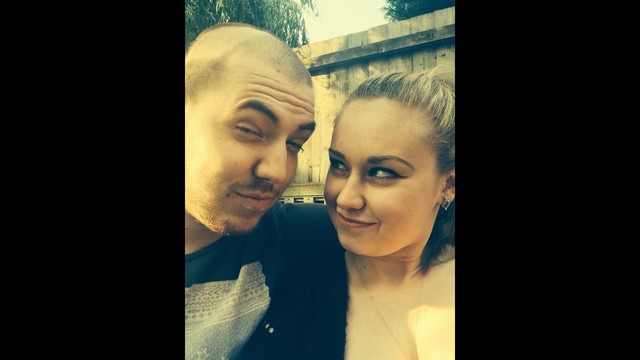 Reece was a fit healthy young man, when in May 2013 two weeks after his 20th birthday he had a bleed on the brain. He had surgery after which the surgeon advised us that the bleed was caused by an AVM (Arterial Venous Malformation) which was as he thought. It was removed and as far as he was concerned he had cured Reece. 5 days later we received the pathology report which confirmed high grade aggressive malignant brain tumour.

Reece went on to have the standard treatment of 6 weeks daily radio/chemotherapy followed by 6 cycles of chemo Reece flew through the treatment with hardly any side effects and was doing so well, which was confirmed by his first follow up MRI in October 2013, it showed no enhancement or re-occurrence.

Then suddenly Reece had a few strange symptoms hiccups that lasted 2 days, couple of headaches and then felt really strange one day which led to him being hospitalised. Reece was scanned a week early to when his next scheduled scan was due and unfortunately they found two new tumours had grown just outside of the radiation perimeter.

It seems that the two different chemo’s used so far haven’t worked which leaves them one more to try and he will start that in 3-4 weeks. Once this cycle of Chemo is completed we would have exhausted all treatments that are avaliable on the NHS.

We are now looking to fundraise as much as we can to give Reece more options. These would include consultations with Neuro-Oncologists around the world and other methods of treatment. One type of treatment in particular, Avastin, has been recommended by Reece's Oncologist. Avastin was, up until last year, avaliable and provided by the NHS but unfortunately funding for this was pulled leaving those in Reece's position no choice but to fund it themselves at approximately £4,000 per cycle every 2 weeks.

Reece has his whole life stretching ahead of him with so many hopes and dreams to fulfil. He is a gentle, friendly, loving and selfless person that will always put others before himself and we are so proud to have him as part of our family. He has promised his girlfriend of nearly 4 years that he will try anything but the unfortunate thing is that it seems no-one has anything much to offer him to try.

Reece is a real inspiration and has said that if his life had to end now he is really grateful for the 21 years that he has already had. His words were that he feels his upbringing was the best and he had been lucky enough to meet the girl of his dreams. This breaks our hearts and makes us feel so helpless, we would do anything within our power to help him.

We understand that not everyone is in the position to spare money but any help that can be provided, including raising awareness of this predicament that those diagnosed with brain tumours find themselves in, is extremely appreciated.

If you would like any further information regarding Reece's progress or other fundraising events we have going on at the moment please feel free to contact us at reecetumournaterhawley@hotmail.com or follow Reece's journey through his facebook page 'Reece Tumournater Hawley'

See all activity870
NEW Thank you emails can now be sent directly from the Transactions page.
Alternatively you can still leave a comment here. Karen Ranford Hawley is managing the funds for this campaign. The campaign is for a personal cause.