No thanks
Damian's Support Team
✖
Gallery (4) 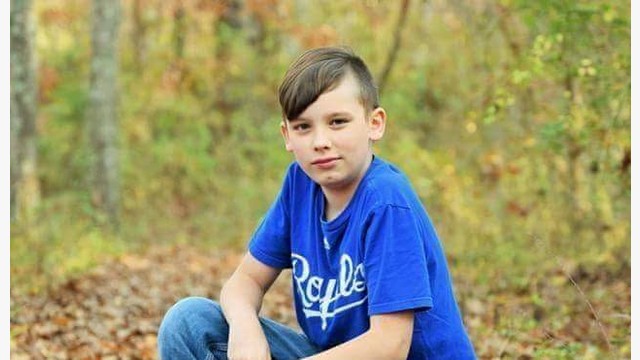 $6,353 raised 127% of $5k goal
31 contributors
99 Weeks running
Contribute
By DeAnn Tieman
Are you friends?
Personal campaign Keep it all
Odessa, MO, US

Wednesday, June 20th, began as a normal day.  Eleven year old, Damian, was at his temporary residence while his mom was working her 2nd day at a new job.  For some reason that afternoon, his pet dog attacked his face.  He was lifelighted to the nearest children's hospital for his life threatening injuries.  His attack was so severe, he was transferred to KU Hospital in order to work with the best plastic surgery team around.  He has been on a breathing tube and an eating tube, and has already undergone multiple surgeries with at least 1 or 2 per week for the next few weeks.

(This campaign is not about the dog, but I thought I'd note that he (a boxer mix) had never shown aggression to anyone before and animal control and local authorities have declared this a freak accident.)

Damian and his mother, DeAnn Tieman, had just recently moved to Odessa to stay with relatives.  They were staying with her brother and sister-in-law until DeAnn could save enough to obtain and furnish their own place.  Due to Damian's current stay, DeAnn has not been able to work.  She plans on going back to the job she received just before the accident, but will have to take off frequently for further surgeries and therapy appointments.

They are unsure at this point how much insurance will cover for all the treatment and therapies he has and will continue to have.  He will also need a home health nurse (hopefully covered by insurance) to be sure his trach and gtube are taken care of properly.  They currently have little-to-nothing to call their own when they get an apartment (furniture, kitchen & bath items, etc).  DeAnn will need to be sure her vehicle is maintained to get them to and from all appointments and work when she's able to go.

The money raised through this FundRazr campaign will help Damian and DeAnn get a fresh start.  It will help with medical, apartment, and vehicle expenses and give them a little relief after experiencing such devastation.

Please help them in any way that you can and share to your family and friends that may want to help as well! DeAnn Tieman is managing the funds for this campaign. The campaign is for a personal cause.