Thank you everybody. Our campaign is now over. ✕
Go here to help: https://www.fundedjustice.com/11I
✖
Gallery (1) 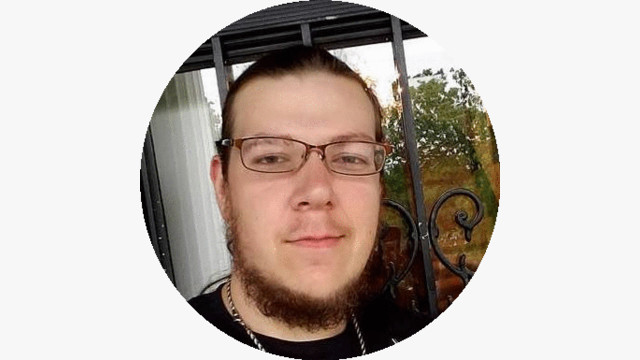 Click on this link to make a donation to Jacob's legal defense fund:

Jacob Goodwin, a 22 year old young man who has never had so much as a parking ticket, is alleged to have defended himself against a brutal, violent thug who has already been charged with assault in the incident. A politically motivated witch-hunt led to charges being filed against Jacob, as well. Now, he has been arrested and is facing extradition to Virginia. Lawyers for his legal defense have been procured both in Arkansas and Virginia, but his family and friends desperately need your help with his legal defense bills. Please give however much you can, as this will be an ongoing and uphill legal battle which will take some time to resolve. Every dollar received goes directly to his legal fees. Every donation helps. If you cannot give, then please share this with those who can, and God bless you.

An Open Letter by Arkansans to Republican Governor Asa Hutchinson

Jacob Goodwin, a young Arkansas man arrested recently on a social media-driven witchhunt crusade inspired charge out of Charlottesville,Virginia, has never had so much as a parking ticket. He will not receive a fair trial in the politically charged, biased climate of Charlottesville. Just the day after he was arrested, the man he is alleged to have assaulted was booked on a similar charge stemming from the same incident, but was instantly granted bail. In stark contrast, the other two co-defendants of Jacob Goodwin’s have not been allowed bail, nor has another man who simply used pepper spray in self defense the same day. Because he will not receive a fair trial in Charlottesville, we ask Arkansas Governor Asa Hutchinson to NOT agree to extradite Jacob Goodwin to Virginia, as he will be requested to.

Governor Hutchinson, you and I have met and spoken in person before. As the father of a son who has encountered legal difficulties, you know the hardship which Jacob’s family is going through. I have ran for the office you now hold, and fully understand its responsibilities. I also urge your lawyers to advise you that precedential case law, South Dakota v. Brown and Kentucky v. Dennison, support your right and power to deny rendition. Please fulfill your elected duty as Arkansas’ Chief Executive and protect this young man, an Arkansas citizen, from injustice and a political railroading to a show trial at a kangaroo court in Charlottesville. At a minimum, we ask that you delay rendition until such time as his codefendants have received separate trials with a fair and just outcome. Thank you for your time and consideration of this matter.

If you are a citizen of Arkansas and would like to join others throughout the state in urging Governor Asa Hutchinson to deny the extradition request against Jacob Goodwin, please write, e-mail, or call the Governor’s office, and let your voice be heard:

You can also contact Arkansas’ First Lady and ask her to use her influence in defense of Jacob, as well:

Wally Shields is managing the funds for this campaign. The campaign is for a personal cause.