No thanks
Battle Batten with us
✖
Gallery (2) 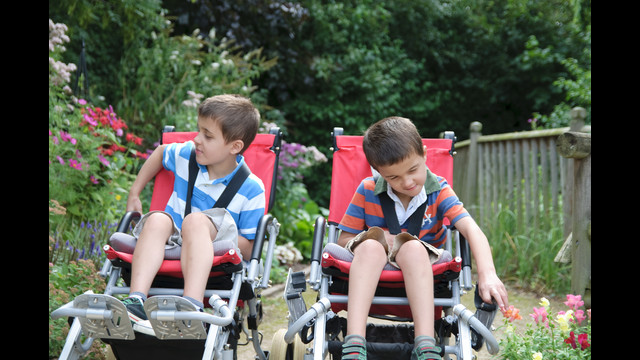 Amazing parents Andrew and Sarah are raising funds to help their beautiful twin boys Freddie and Louie, and other children suffering from the rare, degenerative condition, CLN5 Batten disease.

Freddie and Louie Dawkins are the only known twins in the world with this rare form of a rare disease. Born perfectly healthy in 2005, they became autistic, blind and recently developed epilepsy. When they were diagnosed in 2009, doctors said that without major advancements in medical science, there was no hope, no treatment and no cure.

In February 2014 Andrew and Sarah decided to fight back through ‘Battle Batten’ their very own campaign to exclusively raise money for research into CLN5 Batten disease.

Originally aiming for just £1,000, they have so far raised an incredible £80,000 and unbelievably commissioned two research projects. They are the first UK family to privately commission research into CLN5 Batten disease; donating funds to the Batten Disease Family Association (BDFA), a charity who is managing the projects on the family’s behalf.

The cash raised in just 12 months has been unexpected, and emotionally overwhelming for the family and still, the momentum and passion is strong. The family will continue to fundraise for as long as they can. Proceeds will be donated to research projects and will buy equipment that best offers hope to children with CLN5, including Freddie and Louie.

suzanne jackson is managing the funds for this campaign. The campaign is for a personal cause.