No thanks
The Town Without Television: the Tannis MacBeth Memorial Fund
SubscribeUnsubscribe
✖
Gallery (11) 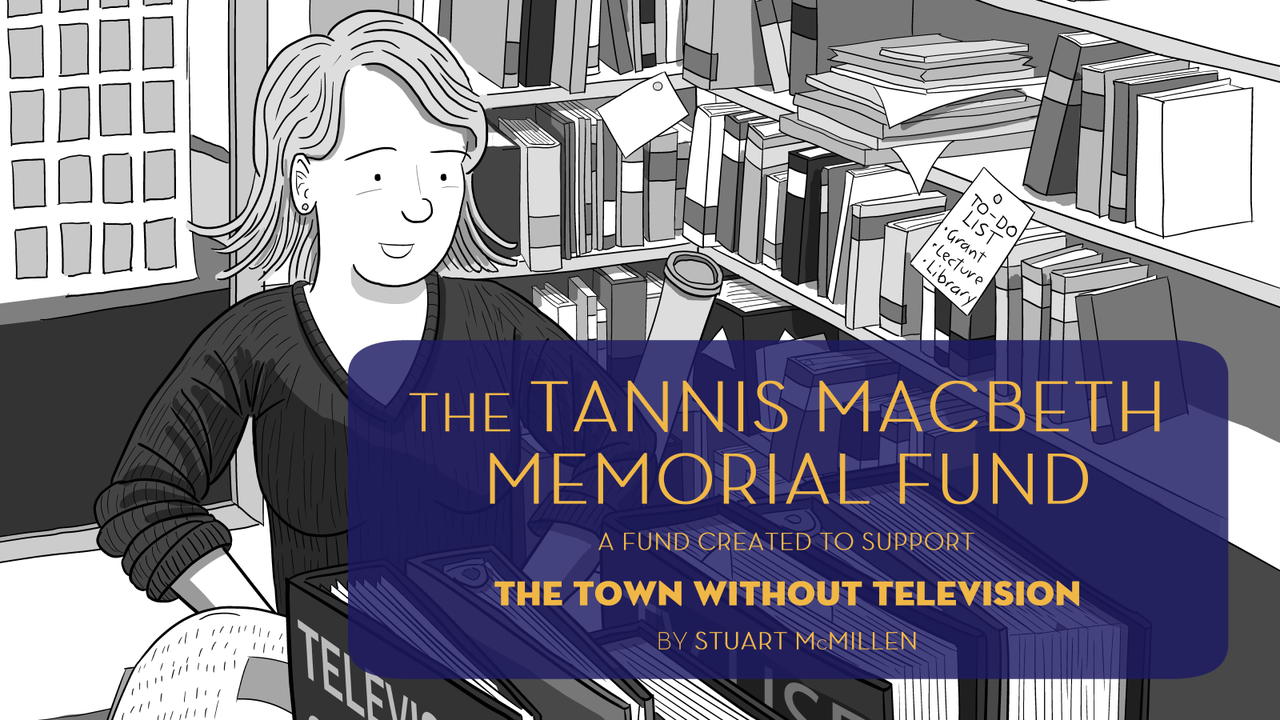 Professor Tannis MacBeth was a pioneering research psychologist from the University of British Columbia's Department of Psychology. She was renowned for her Notel experiment , a landmark study into the 1973 introduction of television to a small Canadian town. Tannis died peacefully on 15 June 2021, aged 78.

This fund is established to honour the life of Tannis MacBeth in a wonderful, unique way. Proceeds from this fund will be used to allow comics artist Stuart McMillen to finish The Town Without Television , a comic about Tannis' groundbreaking Notel experiment into the impact of television.

Donate now to help ensure that an iconic Canadian research experiment is brought to life through an innovative graphical format.

Your donation will ensure that the memory of Tannis MacBeth will be kept alive and shared with a whole new audience of readers. 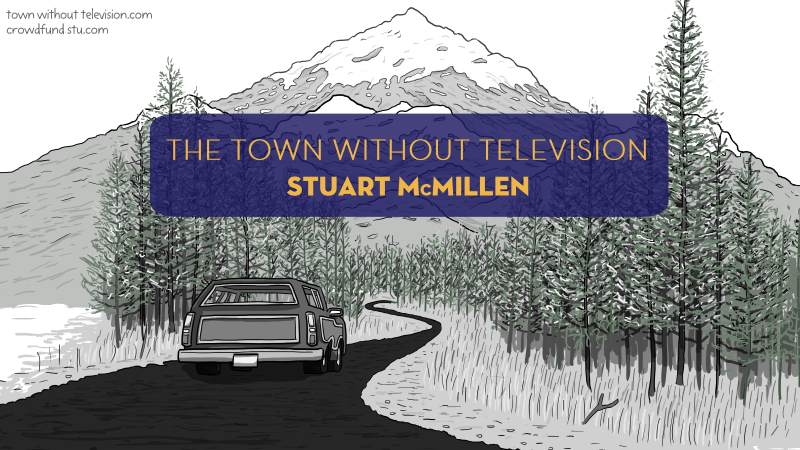 The research: Tannis MacBeth's Notel study into the impact of television

In 1973, Tannis and her UBC colleagues learned about a fascinating town in the east of British Columbia. It was a town that, despite being typical in every other way, lacked television reception because of its position among the Rocky Mountains. Its status as a town without television was unique and anachronistic, given that most of the rest of the country had been viewing television since the 1950s. 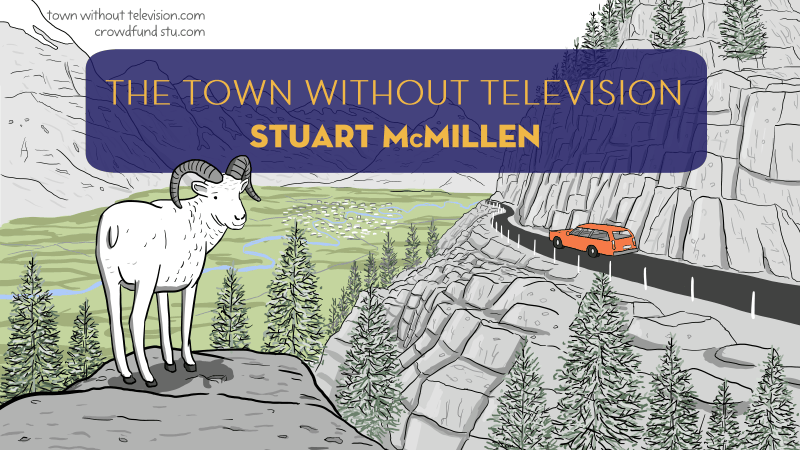 After learning that the town was scheduled to have TV reception commencing in November 1973, Tannis MacBeth assembled a team of her UBC colleagues and designed a study that would perform 'before' and 'after' experiments on the townsfolk, as well as those in two neighbouring communities. Tannis saw this as the last true opportunity to study the impact of television, using a natural experiment.

The project: The Town Without Television

The Town Without Television is a non-fiction comic by Stuart McMillen about Tannis MacBeth's 1970s Notel experiment into the impact of television. 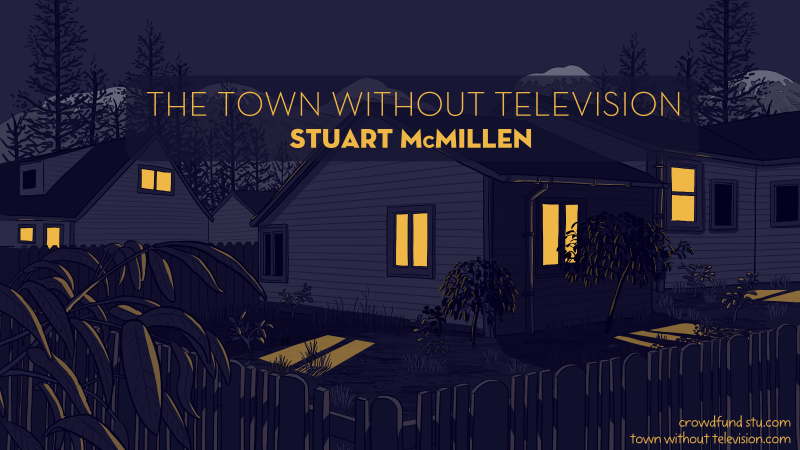 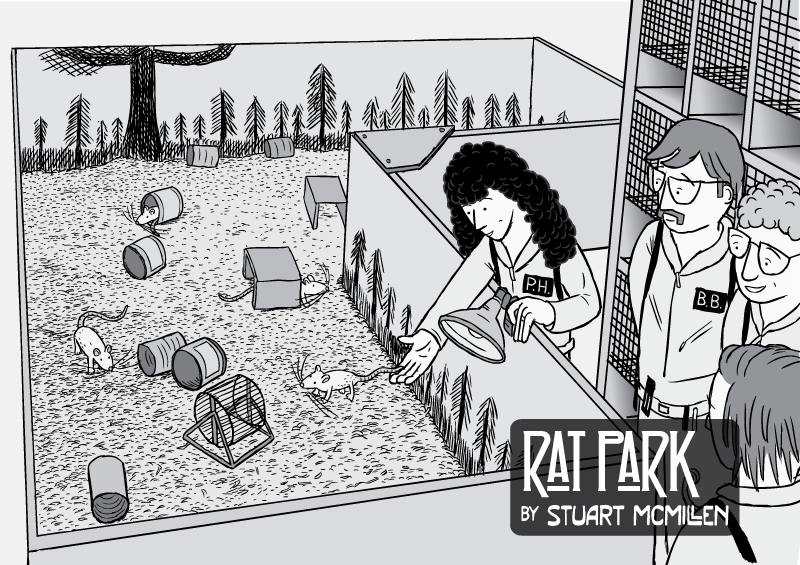 The Rat Park comic has been read over 500,000 times and translated into multiple languages. It has exposed Professor Alexander to a large audience of people who would have never read his work, had it not been presented in such an engaging graphical format. Stuart McMillen hopes to do the same to Professor MacBeth's television research, with his comic The Town Without Television .

Your donation to this fund will help Stuart McMillen to complete work on The Town Without Television , and to ensure that Tannis MacBeth's legacy enters the consciousness of a new generation through this engaging graphical format. 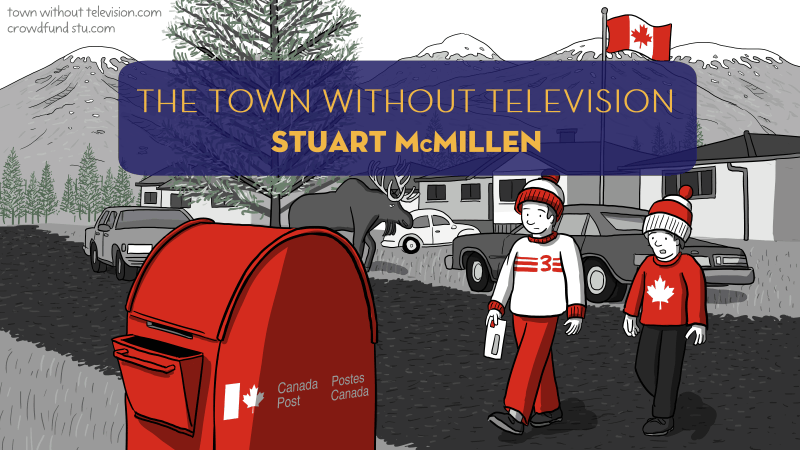 Status of the project:

Part 1 is about Tannis MacBeth learning about the Notel experiment, rushing to set up the experiment, and visiting the town for the first time. Part 1 is published and can be read online for free via this link.

Part 2 is about the impact of television on the individuals of the town. Part 2 is published and can be read online for free via this link.

Part 3 is about the impact of television on the community's collective behaviour.

Depending on the success of this crowdfunding project, Stuart is actively considering a Part 4 instalment of The Town Without Television that goes beyond the scope of Tannis MacBeth's original work. This additional chapter, Beyond Notel , would explore the implications of Tannis MacBeth's 1970s television study in the era of 2020s, which has largely leapfrogged broadcast television in favour of streaming services and social media. Despite this leap, Professor MacBeth's research still offers interesting perspective on our current situation. 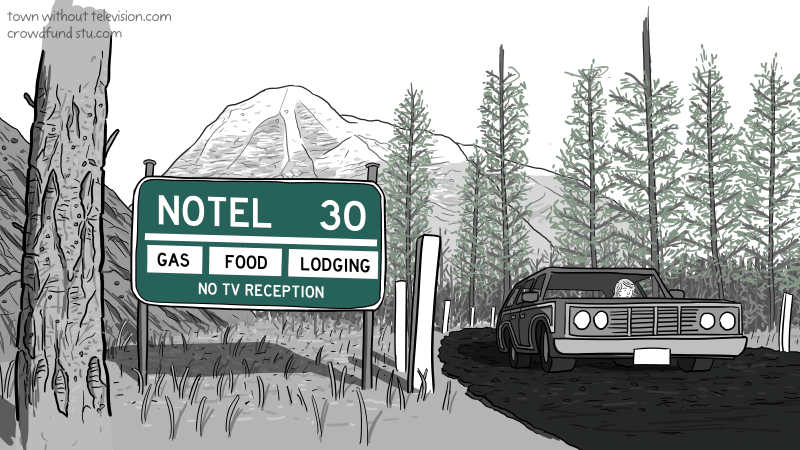 The impact of your donation:

This project is a unique and idiosyncratic way to memorialize the groundbreaking research of a trailblazing academic. 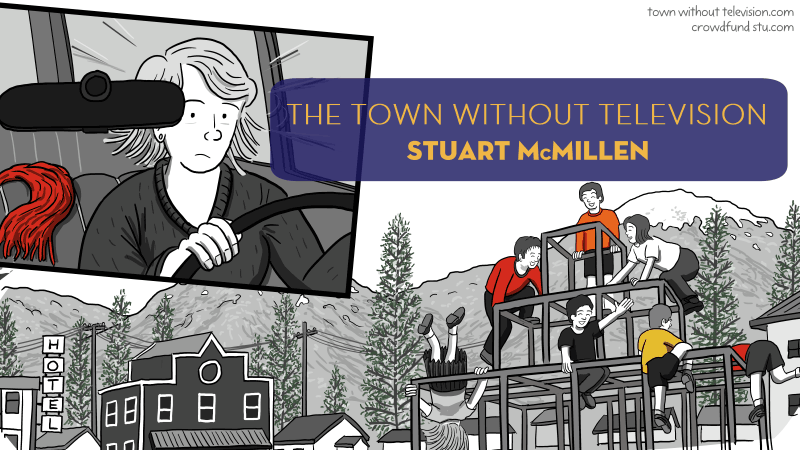 The ultimate aim of this project is for the work to be completed and published in time for what would have been Tannis MacBeth’s 80th birthday in October 2022 .

Your donation to this project will afford Stuart McMillen the ability to create this work with his wholehearted focus, ahead of this special milestone. At that point next year, we will have one more opportunity to gather and remember Tannis' life, with the completed multi-hundred page comic celebrating the most iconic project of her career.

Please donate to help this unique project , so that Tannis’ legacy can be kept alive and shared with a whole new audience of readers. 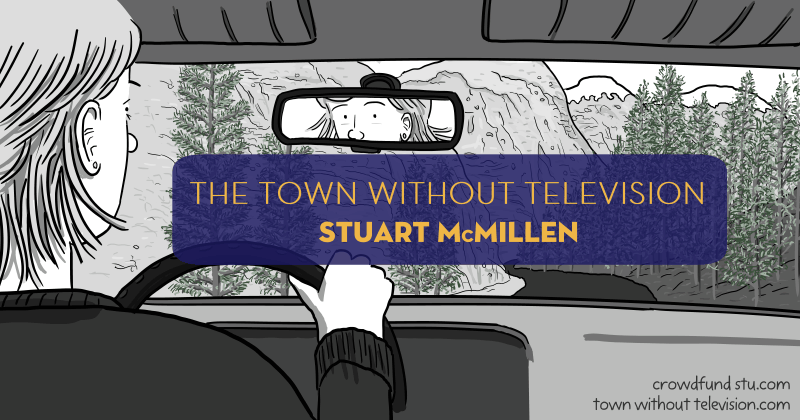 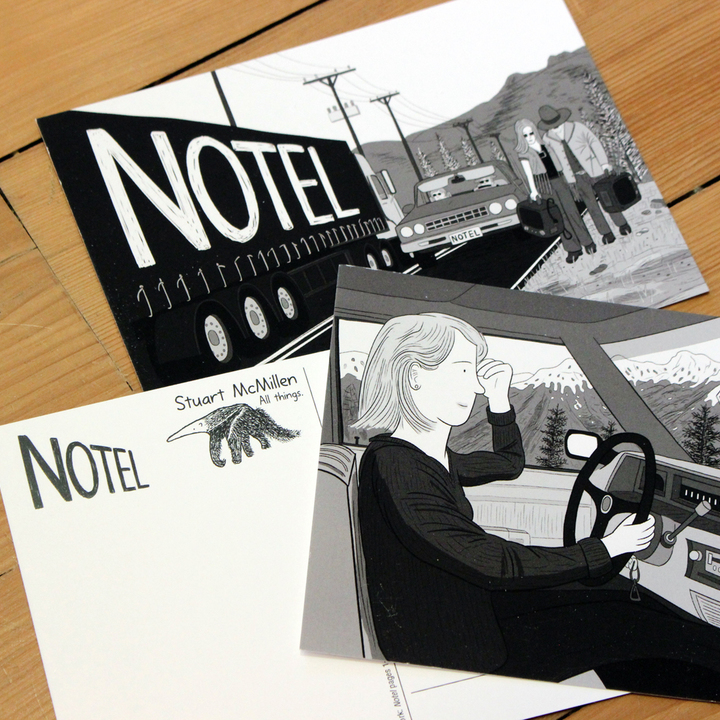 Stuart McMillen is managing the funds for this campaign. The campaign is for a personal cause.