Thank you everybody. Our campaign is now over. ✕
Please Help Josh Obtain Proper Representation!
✖
Gallery (27) 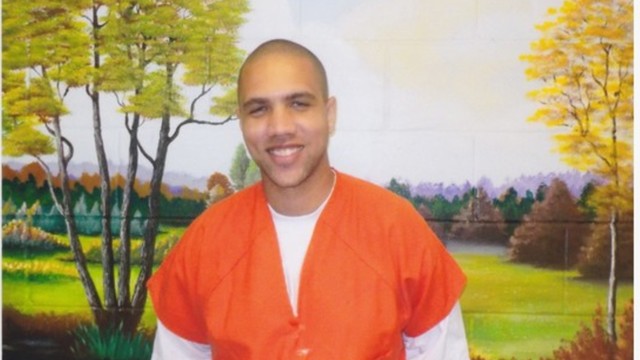 "One is absolutely sickened not by the crimes that the wicked have committed, but by the punishment that the good have inflicted."

Well, my story begins with me in the wrong place, at the wrong time, around the wrong people.  (Feel free to look up my case if you wish; I am not at liberty to give any details myself).

An acquaintance and I were arrested for the crime I am now on Death Row for. . . While being questioned by the police in the beginning I chose to say nothing.  Only because the guy who committed the crime was not arrested, and I feared for the safety of my family.

My acquaintance (in another room) knew and feared this as well.  But because of the pressure and acusations of him being the culprit, he told police that I was the person who committed this crime.  (Though he was not there to see what happened because he ran away before anything happened).

After finding out that I was to be accused of the crime, all ears fell deaf to my accounts of what happened.  I was seen as a criminal who would lie about everything.  All because I chose not to say anything in the beginning. . .

In Florida at the time there was a rule that when there is more than one person accused of committing a crime and they both cannot afford a lawyer (advocate), one person is given private advocates from a law firm. . . I was given the "free" advocate from the state. . . My acquaintance was given the "private" advocate. . . and is living a life with his freedom. . .

When this crime happened in January of 2007, I caught the attention of the United States of America.  At all of my court dates the courtroom was filled with many newspaper and t.v. news reporters.  Many t.v. cameras and camera flashes. . . My situation had the eyes of the USA.

My "free" advocates were no different.  They too were representing many other men for whom the prosecution was seeking the Death Penalty. . . They never listened to me, rarely visited me to discuss strategy, and they withheld information from me.

In trying to fire them I was denied by the judge.  He told me that if I still decided to fire them, I would have to become my own advocate.  Of course, I declined and was forced to keep them. . .

Needless to say I am now on Florida's Death Row.  I've been here since June of 2009. . . I am currently appealing my death sentence.  In order for me to get a new trial, I must prove that I was not given a fair opportunity, and my rights as an American were violated. . .

Upon a court date of my current advocates questioning my "free" advocates decision making. . . My "free" advocates admitted to their violating my rights. . .  If that isn't proof of my rights as an American citizen being violated, I don't know what is. . .

One more thing that I feel is important to share.  I have been on Death Row going on 7 years. . . Not one of my "free" advocates other clients have come here. . .  I can't help but feel that because my situation was so huge and was in the media.  The prosecutors wanted me to come here so badly they made a deal with my "free" advocates to hand me over without a fight, and they would not seek the Death Penalty on their other clients. . .

So I hope I was able to better help you in understanding why I am asking for your assistance.  I have no faith or trust in any "free" advocates after my experience.  Because of their betrayal I have lost everything.  Including my family who has abandoned me because of my being here causes too much pain for them to handle.

Luckily, my time here has resulted in me finding and having incredible friends for whom I call family.  But even with their help I am unable to reach my goal of obtaining a proper and experienced advocate who knows how to properly defend a person like myself.

If you are able to assist me with even 1 pound I thank you so much.  But for those who are not able, I too thank you for taking the time out of your life to read my burden and only ask of you to share this.  Thank you. . .thank you all.  God Bless.

MESSAGE FROM SUSAN (JOSH'S FRIEND FROM THE US):

Please know that Josh lives a life of unbelieveable deprivation. I know this because I have written to him, I have visited him personally, and I also know this to be true from other penpals who have dear friends on Death Row in Florida. These are other people who wait, like me, outside of the prison to visit their incarerated friends.

I visit Josh every few weeks. Prior to me, Josh had not had a visitor since 2012 ( I began visiting him in December 2015). I became aware of Josh through the Church of the Brethren, in Illinois. In July 2015, I heard a call from God to be a penpal for someone on Death Row. I trusted God to guide me, as I had never done something like this before. As it turns out, I was matched with Josh. I am an individual who works in an urban school district, and I felt certain that the Lord would give me a penpal who is similar to the students I currently serve (children of very low income,  struggling with basic survival needs).  In this case, Josh is a perfect example of the students I serve.  As I have come to know him, I have learned that he is a product of severe poverty and neglect.  Josh's mother was unable to feed and clothe her children.  She abused them physically and emotionally, which left Josh with very few coping strategies or tangible options.  He was enrolled into 9 schools across 2 states before his incarceration.  As there was no other male within the household, Josh was looked to by his mother to solve many of her problems, problems that a child of such a young age should not know of, let alone solve.  Josh and his sisters grew up with severe food insecurity.  Often, Josh stole in order to feed his sisters.  He even resorted to selling drugs just to see that there was food within the home.  He and one of his sisters had to share articles of clothing in order to have enough to wear.  What child should ever have to endure such needs?

I know that there is a great deal of misinformation on the web about my friend.  Please, do not believe all that is out there.  As I have grown to know and appreciate Josh and his life's situation, I have come to see the information on the web as extremely biased and alarmingly wrong.  Josh is not a cold blooded, precalculated murderer.  This is not the person I know. He is not "thuggish," as one website suggests.  He is a sweet human being who has been lost in a souless system. I believe that he needs a real chance at life. Given the deprivation of his childhood, and his mother's own emotional limitations, he has done the very best that he can. Please help him find a way to obtain a new attorney who will truly give him a chance at living.  You will not regret your gift. Thank you!!

Nelson Mandela once said: "No one truly knows a nation until one has been inside its jails. A nation should not be judged by how it treats its highest citizens, but the lowest ones".

Ginevra Papi is managing the funds for this campaign. The campaign is for a personal cause.