Thank you everybody. Our campaign is now over. ✕
Journey of the Panther Sphinx
✖
Gallery (6) 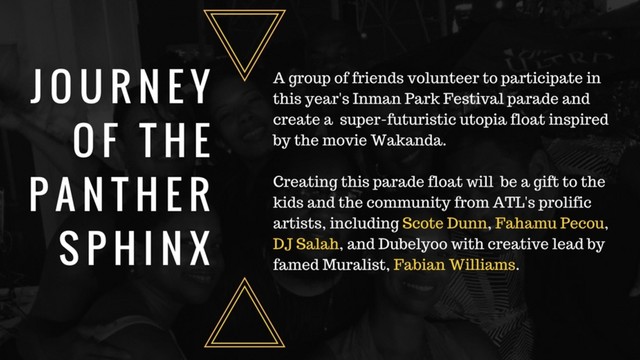 This year, a group of friends had a crazy idea after seeing the movie, 'Black Panther'. We thought, "What if we create a cos-play float for the festival with all the futuristic inspiration that the movie evoked?" The vision was to have inspiring, emerging and long-time underrepresented local artists in ATL bring to life the creative vision and then honor them in their work in this year's parade.

Much like the movie Wakanda, the float will emanate a super-futuristic utopia. The float will be a gift to the kids and the community from ATL's prolific artists, including Inman Park's own Scote Dunn #ebendunn, Fahamu Pecou #FahamuPecou, DJ Salah #salahananse, and Dubelyoo  #dubelyoo with creative lead by famed Muralist, Fabian Williams aka #OccasionalSuperstar. 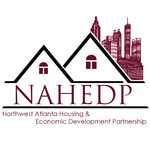 Northwest Atlanta Housing & Economic Development Partnership is managing the funds for this campaign.